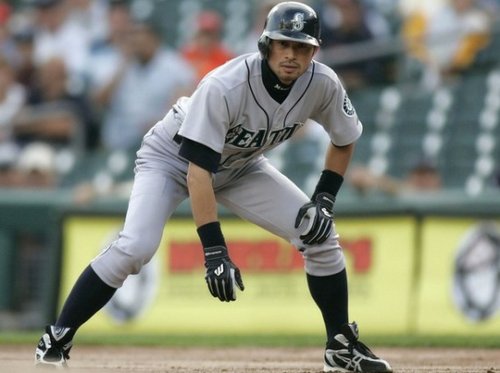 In case anyone missed it, Major League Baseball has already had opening day for the 2012 season. In fact, the Oakland Athletics and the Seattle Mariners have already played two games, the Mariners winning the opener early on Wednesday morning and the A's getting even on Thursday morning. If you are worried that you missed it, don't be. The vast majority of people in North America didn't see either game.

The first two games of baseball's season were played in Japan. And both the A's and the Mariners will come back home and play a few more exhibition games now, just like the other teams have continued to do while opening day happened on the other side of the globe. Some of the teams in the Cactus League got to watch some of opening day, as the games were shown on tape delay afterward. The San Diego Padres were one of those teams.

Some baseball purists are outraged that America's pass time lost a tradition this season, and all of Cincinnati isn't feeling too good right now. The Cincinnati Red Stockings were America's oldest professional sports team, and for several recent decades the honor of the first game of the season fell to the Reds. Only once in the modern era did the Reds not open at home, and there is a large parade annually closing the streets of Cincinnati. While they will still have their parade, Reds fans will understandably find that it has lost some of its tradition.

So then why open the season in Japan? After all, they have their own leagues, baseball was first played professionally in Japan in 1936. Ichiro Suzuki of the Seattle Mariners, a certain first-ballot Hall of Fame player when he decides to hang up his spikes, came over to the U.S. after playing for nine seasons in Japan. It isn't as though Japan is starved for baseball or needs any exposure to the game.

As with much of sports and certainly with baseball, playing professional MLB games in Japan is a money decision. With many Japanese players now playing in the Major Leagues in North America, the media contract with Dentsu (self-billed as the most future obsessed agency in the world) has been a great revenue stream for MLB owners. It's free money. It's $475 million over six years, and this season marks the middle of that contract. The owners split the revenue.

Or you can believe Major League Baseball and the Player's Association that they are there as part of an effort to aid rebuilding after the recent earthquake and tsunami, because that's a good story. But playing real games in Japan are a way of attempting to ensure that the revenue keeps on coming down the pipe. After all, the Seattle Mariners and Ichiro Suzuki were not sent there by mistake. Ichiro still lives in Japan. If you write him a letter in the off-season, you don't need his address, just write his name and his country, he'll get it.

By the way, the more Japanese players that play in North America between now and 2015, the higher that next media contract will become, so the exposure to their future players serves another purpose. And it isn't all money flowing out of Japan with no return. When a player playing in Japan becomes interested in playing in North America, MLB teams pay the Japanese teams just for the rights to negotiate. If the MLB team signs that player, then the Japanese team the player came from gets that money and the player gets whatever the club has negotiated with him or his agent. So, professional baseball in Japan benefits from this as well.

But why open the season there, why not just plan a series somewhere in the middle of the season? Because logistically, that isn't possible. Flying halfway around the world to play a series can't be properly scheduled in the middle of the season. Besides, in Japan baseball is already in full swing over there, the idea isn't to interrupt their season. If MLB is going to schedule a couple of regular season games in Japan, this is the only time it can be reasonably accomplished.

It would simply be nice if they clarified the reason behind it a little more honestly.

Padres' bats exploded yesterday in Glendale, as the Padres destroyed the Chicago White Sox, 13-2. In all, the Padres collected 18 hits highlighted by Yonder Alonso's first home run of spring, Chase Headley's third, and Andy Parrino's fourth. Headley added a double and a walk in his four plate appearances, while Parrino also had a double and added a single to go 3 for 5 on the afternoon.

Will Venable went 2 for 3 and stole his 7th base in Cactus League play and Jeremy Hermida went 2 for 2 with a double and continues to have an excellent spring. Hermida is batting .350 and is making an excellent case to break camp with the big club. Jason Bartlett continues to get his groove on, going 2 for 2 with a double. Hits by Everth Cabrera, Jesus Guzman, Jonathan Galvez, James Darnell, Brad Davis, and a bases-loaded clearing triple completed the Padres barrage of hitting.

Starter Edinson Volquez was brilliant. After giving up two runs in a shaky first inning, Volquez proceeded to go seven full innings giving up only those two runs on five hits and three walks while striking out a pair of White Sox batters. Huston Street and Anthony Bass each pitched a perfect inning in relief.

Luke Gregerson is still day-to-day with back spasms. Kyle Blanks took batting practice on Wednesday, and could possibly play by Friday or Saturday, his shoulder is apparently feeling better. Orlando Hudson is scheduled to get a start today, and will need every at-bat he can get in order to be ready for opening day.

Thursday in Peoria, the Padres will host the Chicago Cubs as they approach the end of Cactus League play. Clayton Richard is expected to get the start, with Alex Hinshaw, Ernesto Frieri, and Brad Brach also slated to get in some work. The game is scheduled to begin at 1:05 PM, and can be heard on radio 1700 AM.

well gosh darnit if you didn't go and teach me a thing or two gringo!!!!!! :o

I do the best I can, amigo.