Upcoming pork festival promises to bring out a few niche products...and a lot of bacon.

I don’t know if I can spend an entire day eating bacon, but I’m willing to try. For science. 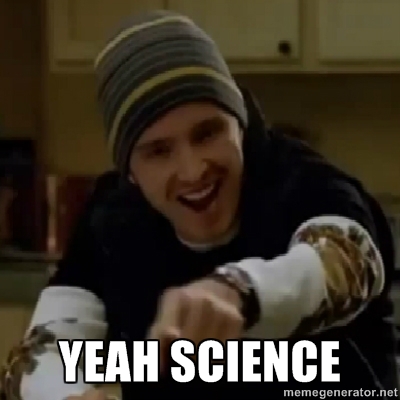 Bacon Fest is going down on August 31st, a day affectionately dubbed “International Bacon Day” by devoted fans of the best meat ever, at Preble Field in Point Loma. It’s 21+ and it’s not free (tickets start at $60), but it should be worth it for anyone who loves bacon, or even for anyone with an over-indulgent streak. The promoters claim forty restaurants and forty brewers/wineries/distillers participating, which implies that there ought to be enough food and booze for everybody to get half-smashed and stuffed to the gills with bacon-themed snacks.

One cool thing about the porky fiesta is that the promoters have reached out to some obscure and emerging companies that produce interesting and novel products. I’m curious about Drunken Udder Ice Cream, which contains substantial amounts of actual booze, not just the flavors of booze! I’m not sure how they get the alcohol to freeze nicely, but good for them. As far as I know, Bacon Fest will be the first time Drunken Udder’s products come south of Orange County.

Another nifty product alleged to be on display is Kill Devil Spirit Company’s Ugly California Moonshine. As far as I can tell, the only people who have had a chance to try this singular product are the fortunate few to get into the distillery and taste the early batches. I tried contacting the company to find out if there was anywhere I could buy some of this moonshine, but I have as yet gotten no response. I think it’s a tenuous move to call a perfectly legal, quality-controlled product “moonshine.” Isn’t moonshining an illicit trade by definition? Still, maybe this is the new hooch on the block now that gin’s brief resurgence is waning and whiskey drinks are being done to death.

It looks like at least a thousand tickets have already been sold, so my guess is that Bacon Fest will be a big event. At the very least, Carnitas Snack Shack has signed up so you know there will be at least one stroke of bacony genius on display!

Nice! A great warmup round if ever there was one.

Ian, thanks for the mention. Unfortunately, we never received an inquiry and apologize for the difficulty you experienced in trying to reach us. Please write me at [email protected] so that I may respond to your inquiry or visit our website at www.killdevilspiritco.com for updated info. We are so excited to be apart of Bacon Fest this year and would love to host you and company for a private tasting.