Information on the evolution of AleSmith Brewing Company and the beers that drove its ascent.

The Basics: Originally established in the nineties by highly regarded local brewer Skip Virgilio, AleSmith was purchased the following decade by Peter Zien, a Master BJCP (Beer Judge Certification Program) Judge and incredibly talented brewer in his own right. In collaboration with his brewing staff, Zien worked with several of Virgilio’s base recipes, tweaking them along the way, while adding some new offerings to the AleSmith line-up. The result, a line of beers that, while varying in style and heritage, exhibit a common thread of pronounced flavor, to-style quality, and consistency unmatched by most in the brewing industry. It’s those qualities that led to AleSmith being named the Best Small Brewing Company in the U.S. at the Great American Beer Festival, the country’s largest brewing competition, in 2008. 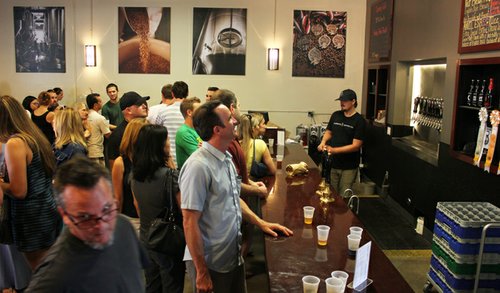 The Beers: Though extensive, almost all of AleSmith’s broad line of beers are readily available in bottles and on-tap around town. This convenience means easy access to beers recognized as archetypes and standouts in their style like Old Numbskull barleywine, Wee Heavy Scotch ale, and Speedway Stout, an imperial stout with double-digit alcohol-by-volume that comes across as soft, smooth, and chocolaty on the palate.

One More Round: Having a brewery that, despite sticking mostly with a seldom-changing core family of beers, remains at the forefront of imbibers thoughts in a city where there’s always something new and exciting happening, brewery-wise, would be enough for most people. But Zien isn’t most people. In addition to being obsessed with the craft of brewing, he is also a trained and experienced crafter of cheeses, and plans to make his long-lead fromage business, CheeseSmith, a reality someday. 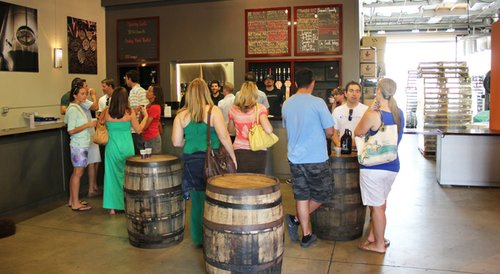 Whereabouts: The longest tenured brewery in the Miramar area, AleSmith’s facility (9368 Cabot Drive, Miramar) has tripled from its original size. In addition to expanding, Zien and company made the smart move of increasing the square footage, aesthetic appeal, and level of accommodation in its tasting room, which is worth visiting for special brews that hit the beer board, including versions of Speedway Stout bolstered by flavorful additives like Vietnamese coffee, and a lactic acid-soured iteration of Lil’ Devil.