Most people figure the best part of a brewery tour is the tasting component. They’re right. But the most important part of being a beer journalist has nothing to do with imbibing. Often, visits with brewers are alcohol-free affairs. Such was the case Friday when I visited Societe Brewing Co., a work-in-progress in Kearny Mesa. But let me assure you, my visit with co-owner brewers Doug Constantiner and Travis Smith, former brewers at The Bruery in Placentia and Santa Rosa's famed Russian River Brewing Company, was anything but dry. 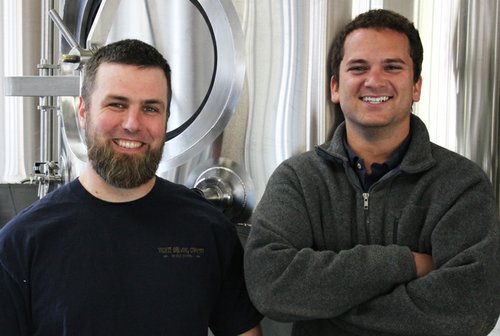 Situated near the intersection of State Route 163 and Clairemont Mesa Boulevard, Societe aims to celebrate how good beer brings good people together. To do this, they’ve focused a large portion of their start-up funds on building one of the county’s largest and most accommodating tasting rooms. The place is gargantuan and includes indoor and outdoor components. The latter is a narrow, gated patio that includes a thoughtful docking bay for food trucks that will allow patrons to walk right up, order and pick-up their food.

Back inside is a L-shaped bar from which three different lines of Societe beer will flow. The first of those lines is a collection of hoppy San Diego-style beers that will feature numerous pale ales and IPAs. Line two will be made up of beers breathing new life into age old Belgian styles. Constantiner and Smith harbor great affection for those brews, which for the most part defy classification and are defined by their ABV (single, dubble, tripel, quadruple). Societe’s will go beyond a numbers game and incorporate New World techniques, including some custom-made items and methods heretofore unseen in the brewing industry. 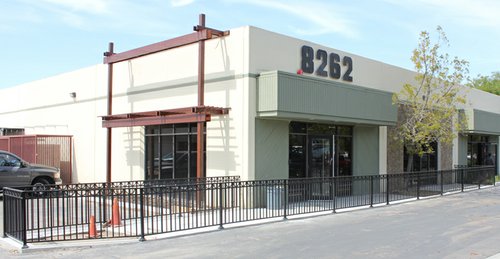 It’s yet unknown exactly what will be available when they open in May (SD Police Department-willing), but there’ll for sure be an IPA from the SD line and at least one reimagined Belgo beer. Those jonesing for what’s holding on line three will need to wait at least until 2013, when barrel-aged beers, including sours, are ready to be siphoned from French oak into Societe logo glassware.

That logo is actually a talking point of its own. Back in February, Constantiner and Smith invited an assemblage of local beer industry movers and shakers to their construction site, asking them to dress in vintage “gangs of New York” clothing, so they could take part in a photo shoot where each invitee stood behind a piece of canvas to have their silhouette photographed. Several of those silhouettes were then put together to make up the company’s logo, which will have multiple iterations utilized for different purposes. 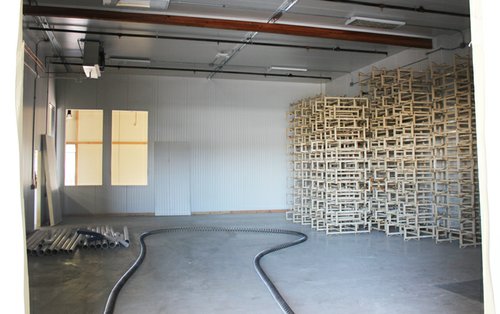 Societe has some serious space devoted to its barrel-aging program, which will be one of the most extensive in the county.

Once open, Societe’s beer will initially be distributed exclusively throughout San Diego County, and available at the source. Societe Brewing Co. will be located at 8262 Clairemont Mesa Boulevard.

This stop didn't involve any drinking. Just a sneak peek at a new business, but proper sampling will occur once there is beer to be sampled.