$10 Lunch: Soups and Such Cafe in Julian

On a trip to Julian last Friday, my friend Beans and I had a big decision to make: Would we be good or bad when it came to choosing a lunch spot? Before driving up, we’d both assumed we’d end up eating something we probably shouldn’t eat every day. Barbecue, burgers, or whatnot.

We must have been resigned to being bad because when a local suggested a place called Soups and Such Café, we hesitated. Traveling to a mountain town where our only choices were going to be Bad-for-you or Worse-for-you was going to be our excuse for eating poorly. So when the suggestion of a soup joint came up, we were kind of disappointed.

But, because we knew pie was on the horizon, we begrudgingly chose to be good.

Once inside, we found ourselves charmed by the country chic interior, iron teapots and flowers on display. 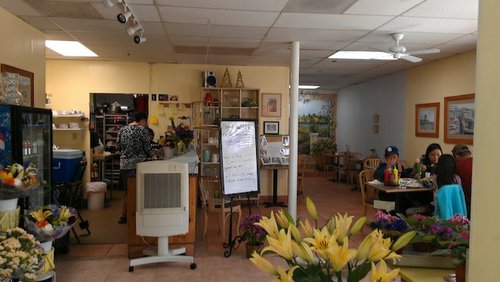 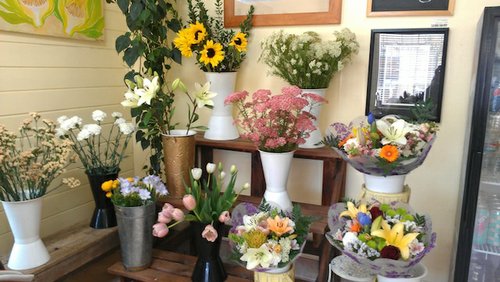 The menu, too, proved more appealing than we’d expected.

The eclectic homemade soup choices alone made us think we might have chosen wisely: Thai style chicken, French onion, broccoli and brie, farm house, and corn and potato chowder.

Beans chose the Nicoise salad for $12. 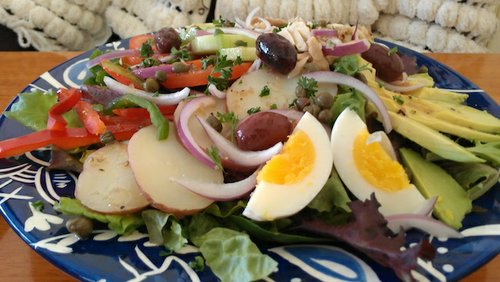 I went with the half sandwich (BLT), cup of soup (farm house), and green salad combo for $10. 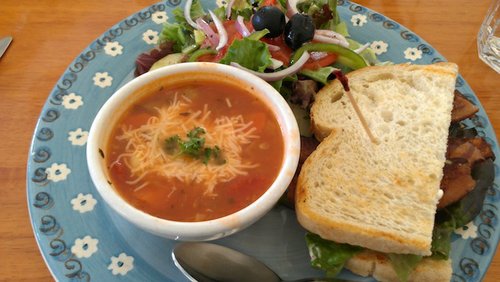 I couldn’t believe how good the soup was. I wanted to bring gallons back home. A combination of veggies, kidney beans, herbs and pasta, it was just the right choice to accompany the BLT. Add to that a tasty salad, and I ended up with that “Now I can eat pie without feeling crappy” feeling. 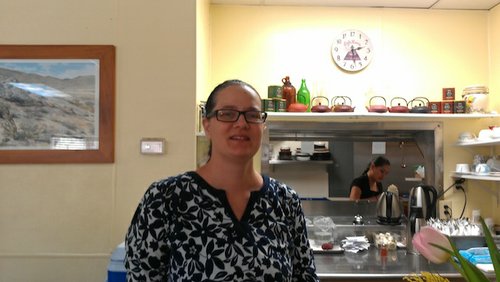 Lani, who owns both the flower shop (Flowers by Lani) and Soups and Such Cafe with her husband Ibrahim, calls their place “the best restaurant in Julian." But she says this without a hint of arrogance, as if she's merely stating a fact. “Every place else, you get foods from a box or a can," she says. "Everything here is homemade.”