Tijuana, BC - The President of Calfia Transport, Arturo Aguirre, said that with the implementation of a "migrants route" implemented by the municipal government through the municipal DIF, will average 800 people a month.

"It's a program that we as carriers have no difficulty supporting, for the benefit of our compatriots who, for some reason, are deported from the United States." On this occasion the service that we provide is the transfer of deported migrants who are housed at Casa del Migrante or Madre Assunta to City Hall. Our service will be free with a schedule of 7 am to 3 pm, to help them complete their processing for to travel to their place of origin," he said.

Similarly, this will benefit these individuals because as they will not harassed by the municipal police, because on a daily basis they are detained for not having their official identification documents. The President of the Municipal DIF, Carolina Garcia Bustamante, launched this campaign to support this vulnerable sector of our city, said Arturo Aguirre. http://www.oem.com.mx/elsoldetijuana/notas/n2876703.htm

Tijuana, BC - The Director General of the National Council of Science and Technology (Conacyt), Enrique Cabrero Mendoza, reported Baja California will invest 70 million pesos ($5.5 million US) this year to the Fondo Mixto Promotion of Scientific Research (Fomix) and 100 million pesos ($7.9 million US) for the stimulus of innovation.

Conacyt will contribute 50% of the resources and the State Government will make an equal contribution, which was already finalized in a document signed yesterday between Federal and State authorities.

Within Baja California lie the four entities that have been allocated more resources for increased scientific and technological innovation, having research efforts that follow behind just three States: Nuevo Leon, Jalisco and Mexico City. Additional data tells us that Baja California has a population estimated at a little more than 3 million inhabitants and we are doing things better, said Cabrero Mendoza.

In a press conference after the State Prize for Science and Technology 2012 ceremony, awarded to Researcher and Sociologist José Manuel Valenzuela Arce, Director General of Conacyt, he explained that since 2002 to date, the institution has distributed 435 million pesos ($34 million US) in the field.

In the same way, he said Baja California has allocated more than 2,000 scholarships in the fields of Scientific and Technological Research, which represent 34% more compared to 2011. Cabrero Mendoza acknowledged that resources allocated by the Federal Government will increase similarly during the administration years of Enrique Peña Nieto.

"The President's commitment is to spend at least 1% of the Gross Domestic Product in the fields of Science and Technology; for example, in this area more than 1.7 billion pesos ($133 million US) have been invested from 2001 to date", he added. http://www.oem.com.mx/elsoldetijuana/notas/n2876586.htm

80% of Mexicans suffer oral problems (El Sol de Mexico, 2/8/13 by Jose Luna) Mexico City - "80% of Mexicans - eight of every 10 - suffer from oral problems: tooth decay, misalignments or incomplete dentures that can cause them to have problems eating; It also affects their speech and aesthetics", said Rossana Sentíes Castellá, a researcher at the Faculty of Higher Studies (FES) Iztacala of UNAM. 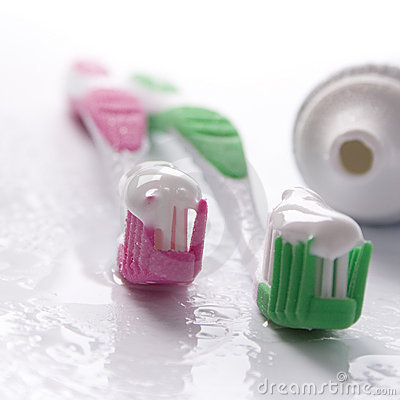 On the occasion of the Day of the Dentist, she noted it is common to find young adults with caries or with serious pathologies, explained the Chief Career Dental Surgeon of the entity, who considers it necessary to have properly trained professionals, as well as to educate the population to care for their teeth and gums in order to avoid problems such as tooth decay and loss of teeth.

At the same time, the Mexican Dental Association (DNA) announced that to improve education of personal habits for good hygiene and nutrition, as well as keep their teeth in good condition, a pilot program was developed in León, Guanajuato, which includes information from the SSa and SEP with a video for use in public schools, as recommended by the World Health Organization (WHO). http://www.oem.com.mx/elsoldetijuana/notas/n2872829.htm