Everything Comes From the Streets: San Diego's lowriders

Some milestones shine brighter than others, and many have no doubt fallen through the cracks, but how about lowriders?

As it turns out, lowriding’s roots run deep in San Diego, and some of the first and most active lowriding car clubs in the country were born right here.

“San Diego's world-famous Chicano Park, home to the country's largest outdoor collection of murals, was established by the people through peaceful protest at the height of the Chicano movement,” writes the collective of filmmakers behind Everything Comes From the Streets, an hour-long documentary on San Diego’s lowrider culture.

“Many participants in the land take-over that led to the creation of Chicano Park already were or later became lowriders. These connections add to the uniqueness of the evolution of lowriders in San Diego. The resistance and affirmation of the lowrider community, in the face of law enforcement and elected leaders who sought to delegitimize them and their expression of cruising, is a universal story of collective action and resilience that many communities can draw lessons from.” 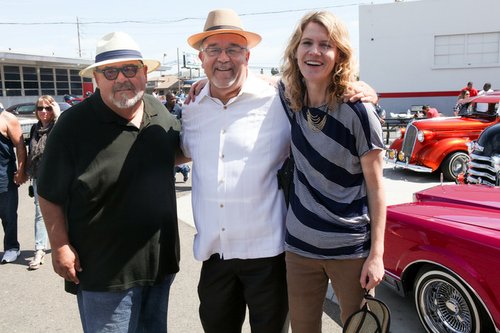 Everything Comes From the Streets takes a look at the men and women of San Diego and Tijuana at the forefront of the car customization movement, focusing on politics, self-preservation, and the emergence of critical spaces.

“The film provides a different perspective contrasting the belief that lowriding is tied to ‘gang banging’ and violence,” the filmmakers write.

“Instead lowrider car clubs can be an extension of families that affirm and build communities in the colorful and complex fabric of the borderlands of the American Southwest.”

Rigo then took the concept to Alberto Pulido, a professor and Chair of Ethnic Studies at USD, who is debuting as a director with the film in the hopes that it can be used for educational purposes “in a time when much of [email protected] history and culture is met with resistance and negativity.”

Co-producer, photographer, and editor Kelly Whalen joined the team with over 15 years of experience on major productions for PBS on her resume.

Whalen’s films have been exhibited at renowned festivals such as South by Southwest and even garnered Emmy nominations in the case of her PBS production Tulia, Texas.

The team is completed by associate producer Jessica Cordova and local music legend Ramon “Chunky” Sanchez, who was awarded the National Endowment for the Arts' National Heritage Fellowship this year.

Though the film is nearly complete, the filmmakers are seeking final funds to prepare the piece for broadcast and festivals with post-production work including color correction, sound mixing, archival footage and music rights, and insurance. 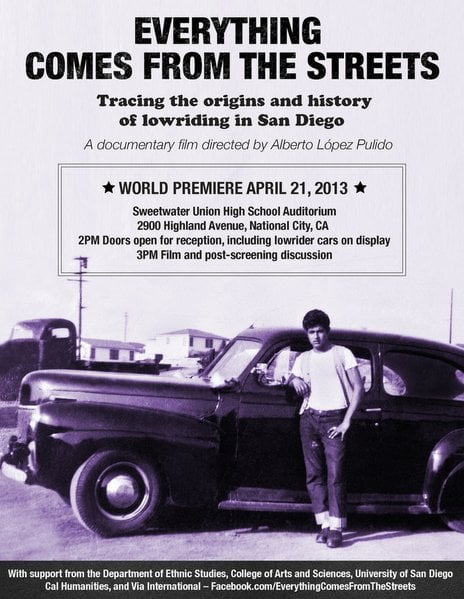