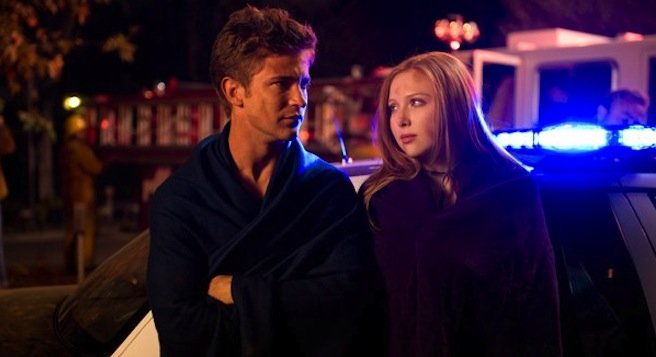 It's better than anything Tommy Wirkola had to show us

After hearing the title I asked, “Did Harvey Weinstein go stark raving mad and produce an animated children's comedy about the Holocaust?” Technically, it's not a cartoon, but there is a yellowed German passport with a swastika hidden inside the gingerbread house and an oven built for two in the cellar.

Made for and (presumably) by marijuana-soaked boneheads, Hansel & Gretel Get Baked doesn’t come with the Weinstein Company’s pretentious highbrow imprimatur or greedy zest to market this as next year’s attempt to dangle a Holocaust-themed film before Academy voter’s eyes. If anything, you’ll be surprised to see how many laughs they wring out of this seemingly half-baked premise.

What’s most surprising is how much more coherent (and faithful to the original fairy tale) this is than its witch-hunting, $50 million big studio counterpart. From the opening credits -- the cast and crew’s names are printed on dispensary pop top vials -- one senses this is not another This is Not Another Teen Horror Film. 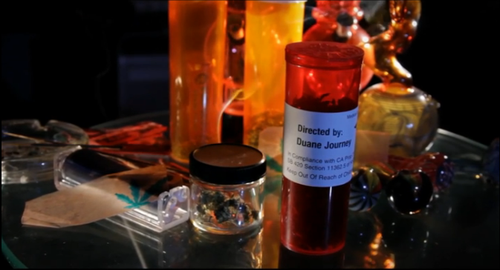 In this telling, Gretel (Molly C. Quinn) and her boyfriend Ashton (Andrew James Allen) are medical marijuana-card carrying stoners who get their hands on a gnarly quarter-ounce of Black Forest, the El Dorado of weed.

Dispensaries don’t stock it. The only place in town that reimburses for it is located in the enchanted forest, a labyrinthine grow room in the basement of the wicked witch Agnes’ (Lara Flynn Boyle) spacious Pasadena home.

Ashton ventures off on his own and winds up getting twice-baked: once by the Black Forest and again in Agnes’ kiln. (She literally sucks the life out of her prey in order to maintain a youthful bloom.) Layers of aging latex peel away to reveal a younger Boyle, but the collagen Cheetos that pass for lips defy deterioration. 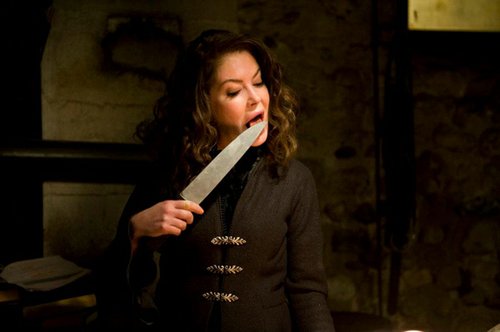 Enter nonuser Hansel (Michael Welch), with veins as pure as spring water and virginity still intact, and a gang of local pushers (they caught wind of granny’s stash and want their cut) to wage various battles against the all consuming witch.

Duane Journey started as a grip on dozens of films and now finds himself behind the camera. H&G never reaches the far flung causticity of Freeway, Matthew Bright’s scabrously satiric take on the Little Red Riding Hood saga, but I still found myself chuckling more out loud more times than anticipated. Skittles replace breadcrumbs only long enough for one of our players to get the munchies and eat the return directions.

The gore gets to be a tad gratuitous, but for the most part Journey has a ball ripping into genre conventions. This time you’re supposed to laugh when the cat comes hurling at the camera. SPOILER ALERT The manner in which the two cops meet their end will go down as one of the biggest, most unexpected laughs of 2013.

Stoners and/or those in need of a few laughs need to move their tush, buy some kush, and head over to Reading Cinemas Gaslamp 15 this weekend. Hansel & Gretel Get Baked screens twice -- Friday and Saturday night at 10pm. Duane Journey and screenwriter David Tillman will be attending the Friday night screening.

Can I ask where you park when you go downtown for a movie now? Are you popping for the $10 at Horton Plaz, or what? Or is it all n/a for you since you get reimbursed? This new Horton thing with the parking has but a crimp in my movie-going.

Excellent question, Joe, and one that I will try my best to answer for you.

Marks don't pay for parking. Cops stop ticketing meters at 6pm, so you need to get there around 5:55pm on weekdays and Saturday to snag a free spot. Sunday is free parking all day, so get there early and circle. You should get lucky. If all else fails, there are usually spaces around 10th and Market. It's a hike, but it's better than paying those greedy bastards at Westfield. If all else fails, park in Hillcrest and hop a bus or take a trolley. A day-pass is only $5, half of what HP will gouge you for. Good luck, JJ!

Scott, I cannot believe The Reader does not appreciate and reward your service and expertise! They should at least cover the popcorn.

Thanks for the non-pay parking tips. Forgot about those freebie hours with the meters. Good to know.