On Friday, October 5 the The San Diego Museum of Art (1450 El Prado) will screen The Maltese Falcon at 8 p.m. with a pre-film lecture at 7:00 p.m. by Eddie Muller who will "touch on the role of cinematic German Expressionism in the development of film noir and will specifically highlight the influence of Dashiell Hammett, the legendary American author who created the character of Sam Spade, played by Humphrey Bogart in The Maltese Falcon." Muller's books on film noir include Dark City: The Lost World of Film Noir, * The Art of Noir, and Dark City Dames: The Wicked Women of Film Noir.* 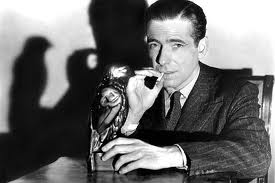 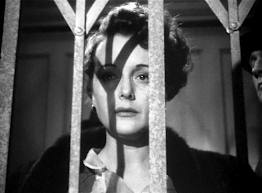 Film synopsis: "A classic film noir starring Humphrey Bogart and set in San Francisco, follows a private detective who takes on a case involving three eccentric criminals, a gorgeous liar, and their quest for a priceless statuette." The 1941 film is 100 minutes and rated PG. Admission is $5-10 and guests can also purchase a $50-60 Charcuterie and a Movie Package for Two with wine.

One of my favorite moments from "Falcon":