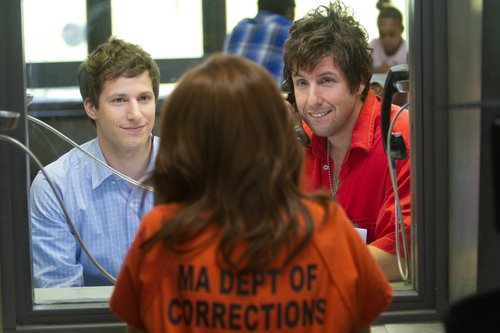 The laughs never start in "That's My Boy."

For those of you who didn't pick up a newspaper in 1997, Fualaau was a 13-year-old middle school student caught having a sexual relationship with his teacher, Mary Kay Letourneau.

Letourneau, who became an overnight media celebrity, served six months in jail after being found guilty of statutory rape. She agreed to no longer have contact with Fualaau, a promise that was broken in 1998. Letourneau was jailed for another 5 years. 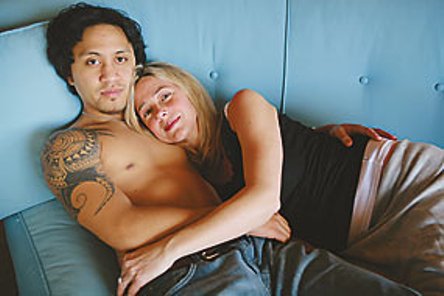 By the time she was released, her boytoy had blossomed into manhood. They were married in 2005 after a judge allowed granted the couple permission to see each other again.

Did Adam Sandler use the scandal to form the basis for his latest "comedy," That's My Boy?

TMZ reports, the "former student believes the movie is all about him and his naughty teacher ... and he loves it!"

Fualaau has yet to see the movie, but he and his bride have every intention of catching the flick.

Letourneau must have screwed some sense into the lad. "Maybe this movie won't suck as bad as the last few films (Adam Sandler) made," Fualaau tells TMZ adding, "We're talking about my life and a young boy banging his hot teacher ... what's not to like about that?!"

In the case of That's My Boy, plenty!

Another idiotic Sandler film, in the long tradition of many and it is wonderful! Did not care for the incest thing between the brother & sister, but otherwise a masterpiece of lunacy and bad taste!

You comment leaves me scratching my head. If this is a "masterpiece of lunacy" than "Pluto Nash" is "Borat." There's not an intentional laugh in the thing and I've had nosebleeds with more consistency than the script. Judging by the dismal box office take, it appears that Sandler's fatuous minions are also getting tired of his baby-talk, misogyny, and braindead attempts at social commentary. Albert Brooks can't get arrested in Hollywood and this putz has the key to the city.