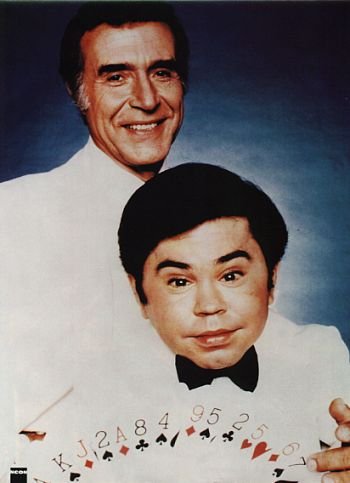 Last October, Variety announced that Sacha Gervasi (Anvil! The Story of Anvil) was set to write and direct a biopic based on the life of Herve Villechaize, Ricardo Montalban's assistant, Tattoo, on Fantasy Island. Gervasi conducted the last interview with the pint-sized player a few days before the troubled actor died from a self-inflicted gun wound.

Michael Moore called Gervasi's documentary on the Canadian heavy metal band Anvil "possibly the greatest film yet made about rock and roll." In spite of that, the spirited and surprisingly moving documentary is still worth putting at the top of your Netflix queue.

My Dinner With Herve promises to expose a side of the diminutive dynamo previously unseen by the American public. Gervasi told ComingSoon.net, "It's the untold story. Everybody knows Tattoo and [Fantasy Island,] but nobody knows anything about him. So that really answers that question. I think people are going to be surprised." Shooting will commence (hopefully) this fall.

I was a student of The Love Boat when it originally aired, but never booked passage to Fantasy Island. Das Love Boot gave me Mackenzie Phillips as a pre-op transsexual and Gene Rayburn and Ethel Merman as husband and wife. Even a midget and a car salesman dressed as an ambulance driver couldn't compete. My love of Herve stems from his performance as Mr. Spitunia in Robert Downey's absurdist western, Greaser's Palace, his appearances on Circus of the Stars and The Howard Stern Show.

Were he alive today, John Candy would leave them all in the dust. The entire sum of my knowledge of Fantasy Island can be found in the brilliant SCTV parody below. Enjoy!

According to urban legend, Warner Brothers held an opening casting call for the lead role in Tim Burton's "Batman" in 1988. Thousands of wannabes showed up with no chance of getting the part and it got lots of play on "Entertainment Tonight" and local news stations.

The following day, a cab pulls up outside of WB Studios and out pops Villechaize (in full "Batman" gear). The studio guard asked what he was doing there.

After explaining the casting call was the day before, Herve was last seen walking to the nearest LA bus stop.

Did you know Herve recorded his suicide on cassette tape?