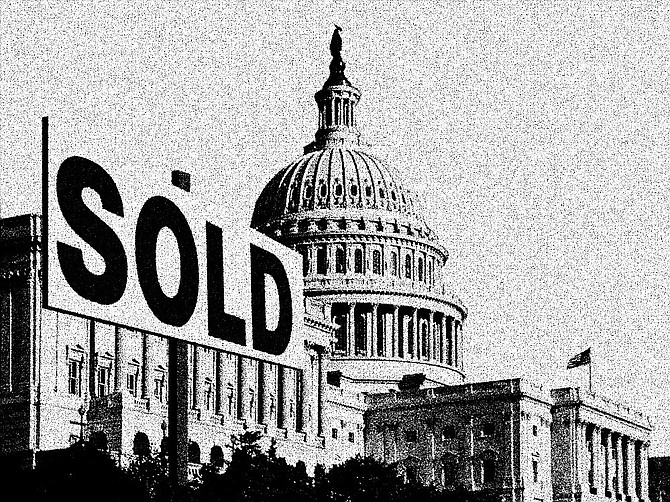 In the wee hours of the morning the US Senate passed the Tax Cuts and Jobs Act Bill of 2017. 51 Republican Senators voted for the bill, all 48 Democratic Senators voted against with Bob Corker of Tennessee being the only Republican to vote against. This bill is a revision of the Tax Cuts and Jobs Act Bill of 1986.
With the distraction of the Michael Flynn guilty plea, lobbyists released the Senate version of the bill last night with additions hand written in the margins. There were numerous complaints that Senators did not have enough time to comprehend the bill. This unscored bill basically lowers corporate taxes from 35% to 20% and in the process raises the national debt by about 1.4 trillion dollars. However proponents claim that given all the jobs it will bring the debt will only go up by one trillion dollars. This still amounts to $3,125 for every American citizen and we can add that amount to the $62,500 we each individually owe on our current 20 trillion dollar debt.
This Senate bill will now go to committee to be reconciled with a very different House version of the bill. It is not possible to say exactly how all this will affect each income group. There simply has not been time to review everything in the margins of the Senate bill. The biggest winners in this bill are the richest Americans and Big Corporations, but our legislators did manage to throw out a few crumbs to everyone else. Based on what we know of the House and Senate versions the poorest Americans will see maybe $50 to $200 per year, the richest 1% will see about $50,000 to $200,000 per year. If the elimination of the estate tax, which is in the House bill, makes it through reconciliation the wealthiest taxpayers could reap billions. The Affordable Care Act could also be affected which could raise health insurance premiums another 10%. To add insult to injury the benefits to the wealthy donor class are permanent but the benefits to everyone else sunset and go away.
Reconciling the two bills will be a time consuming task. Republicans are motivated to get this on the President’s desk before the end of the year. So our Senators and Representatives may not make it home for the holidays.
With unemployment at record lows many wonder why we are doing this to “Stimulate the Economy” in the first place. It’s simply not about economic stimulation; this bill represents the culmination of many years of big donor influence in politics. To get re-elected politicians who were crying that our large national debt will cripple the economy sold us out to their big donors. Shame on them!