I'm a forty something former musician turned business geek, who after spending a few years riding a desk for a huge technology company, decided that I missed the low pay, lack of stability and damaged self-esteem a person gets from working in the entertainment industry. Then something went terribly wrong; I became V.P. of the largest full service Film & Television studio in San Diego. We produced thousands of hours of content for television and over a dozen feature films. Some you might have even heard of. I recently made my directorial debut with the documentary ‘On Dangerous Ground’ which explores the facts behind peak oil, climate change and resource depletion. One way or another I've been involved in the Music, Film and Television industry in San Diego for over 20 years.

Not wanting to work that hard anymore, I decided to pursue a passion from my early years; Writing. I recently started my third novel. The first two -- 'The Forgotten Cost of Freedom' and 'The Governing Class' -- are available on Amazon, iTunes and bookstores near you. You can probably tell that I'm also very interested, and active, in politics, 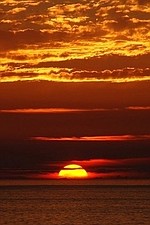