At the Nat. Natural History Museum reflected in the fountain. Early one February morning 2013. ... 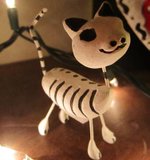 Skeleton Cat! Enjoyed the Day of the Dead festival in Sherman Heights on Sunday.

View from the Coronado Bridge. Including the Carnival Cruise Lines' Splendor. 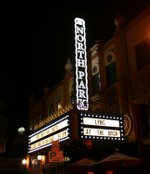 Festival of Sail! The Curlew with the Pilgrim in the background. San Diego Bay. 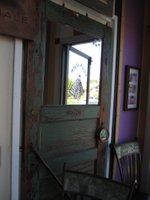 London was so crowded when we were there in August.

Closeup of a horse's head in rural Rhossili, the Gower, Wales, UK

Our first day in the UK, driving across the New Severn Bridge into Wales.

Photo of the Cardiff Coal Exchange and carousel at Cardiff Bay in Cardiff, Wales.

Seen in late spring on the Florida Canyon Nature Trails at Morley Field. This is ...

Villa Montezuma. Wish it was open.

I'm always looking for horse rings. Here's one on Dale in South Park. I think ...