many of those who have followed my posts both on the ut (before i was banned for failing to admit my true identity and after a complaint by a certain board member) know how passionate i am regarding ridding the educational system (sweetwater and southwestern) of the pay to play aka corruption culture.

i must say when i read this article my stomach actually turned and became upset. this expense report was submitted by amigable to his bosses - this is proof positive of exactly what was going on at both educational districts and it is nothing short of repulsive. this is proof that jeff flores knew EXACTLY WHAT HIS EMPLOYEE WAS DOING AND WHAT THEY (FLORES) WAS PAYING HIM (AMIGABLE) TO DO.

dominguez (george/jorge), amigable, sandoval, 'the gandara', bunton - all of them in positions of power at sweetwater.

keep in mind my fellow neighbors, this and other evidence we are able to review is ONLY the tip of the iceberg - i can only imagine the evidence they must have on quinones, ricasa, 'the gandara', and sandoval.

if this does not empower you to show up, stand up, and speak up against this nonsense i simply do not know what will. 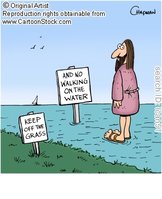 "I would go into it (cheating) with integrity and honesty.”