"Anyone in their right mind should want to come back for the whole season after hearing the orchestra tear Mussorgsky a new one..."

Now THAT'S the kind of classical review quote you don't come across every day! Bravo SDS for once again reinventing itself and broadening its appeal for (and ability to sell tix to) new generations of music lovers -

The Philharmonia on Thursday evening, Maude Gratton playing Bach, Buxtehude and others on the superb baroque organ at All Souls' Episcopal on Friday and Perrick conducting the SD symphony on Saturday or Sunday, this is starting to look like an interesting week-end... 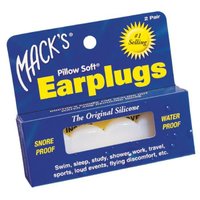 Supported rides are great if you're new to riding your bike more than ninety minutes. Riders unused to the time in the saddle will be able to count on the feed zone to keep them in hydrated and full of gels, bars, and pb&j. It's the bonk that comes from insufficient nutrition, more than the miles themselves, that prevents inexperienced riders from covering 100 miles on a bicycle.

Thank you for that - so good for the spirit - much needed

I know nothing about the play. But one must remember that Martin started out as a writer (not actor, musician, comedian, magician, etc.), and writing has remained a huge part of his output. His original major in college was philosophy. He's obviously an intellectual (like the truly-great Steve Allen), with an incredible sense of humor (like Allen's). But, based on much of his comedic yield, I think the headline is probably right: "Steve Martin has no point." And that's OK.

Wouldn't it be great to have an operatic event at the water's edge here in San Diego--such as where the symphony holds their summer pops concerts?

Even if it were to be a variation, such as a recital, or a lightly-staged work, it would be a great way to introduce more people to opera.

Fireworks are optional, as far as I am concerned!

P.S. I have wanted to attend something at that venue in Bregenz for quite some time.

And now Elton John is co-creating an HBO pilot, with Salieri running a music academy in 1790's Vienna. That sounds juicy!

Great view inside! Crisp details inspire the wish to experience more--I can readily understand why Mr. Reveles is doing such a great job. Thanks for the article.

Be still my heart: do you mean the still-lamented, long-gone, swabbie-filled Tower Records on Sports Arena? And you've been singing with the excellent San Diego Opera chorus? (Two estimable organizations, but both are defunct, so I'm starting to worry about your employment status.) But no, you're the Reader's classical music writer now, so that's good for you and a boon for us. The boss should know the people are thrilled.

Ian Campbell – robber of the rich and liner of his pockets – didn't quit America's Finest Hick Town, it quit him. If anyone defiled the sanctity of moviegoing the way the arrogant schmuck single-handedly took down your beloved opera, I'd have called for their head, yet you cry over his ousting like a baby who had a rattle plucked from her fist. Stop playing the Margaret Dumont card and get over it. I sure hope Blythe didn't dig too deep into the Kate Smith songbook. I won't post the video here, but do a YouTube search on "Kate Smith Heaven" and take a look at the first result that comes up. God bless white America, right Katie?

Lovely that you occasionally run videos of music performances -- in this instance showing rather than just telling the the reader what a symphony sounds like.

Thanks--I also looked him up on youtube, and listened to a couple of things there. Sad when talent is crushed and/or ignored.

And by the way, folks, he forgot to mention that this wonderful play at the Cygnet Theatre with music, puppetry, Victorian costumes, singing and dancing actors, humor and pathos is worth the price of admission. Go, take kids, and discuss afterward what you saw and heard. Scrooge had a dark childhood, lives "solitary as an oyster" as an adult, and finally discovers a capacity for joy by being kind to others.

I used to own some Ormandy/Philadelphia Orchestra vinyl records. Great music.

It isn't obvious to everyone, but Super Bowl and Super bowl Sunday are a secular holiday. It took far less than a half-century to enshrine that football game as a high-power observance that rivals other such holidays, such as Halloween, Valentine's Day, and Washington's Birthday. Did I say it rivals them? No, actually it outshines them, in that it carries a certain degree of sacredness they don't have. And so it came to pass that the game and its day became an occasion for feasting (i.e. indulging in beer, wine and mixed cocktails) and certain ritual foods such as guacamole and chips, ribs, brats, and a team-themed cake. Instead of some sort of sacrifice to the gods, overindulgence and either rejoicing (by the winners) or anguish (by the losers) were the order of the day. And so it is today, and in the future, amen.

Garrett needs to learn his popular culture, and bow down to its symbols. Talk of how the Russian composer will outlast the NFL and its day in winter is just subversive. Sounds as if he's one of those Russian-loving Trump supporters.

The masterful Woody Guthrie wrote about the corrupt Fred Trump in a song. Guthrie once lived in a slum property owned by papa Trump.

Really enjoyed the headline here. And the observation that caroling now is not participatory.

I remember caroling on snowy nights -- not here, back East -- with school friends, standing on porches of houses in random neighborhoods -- unannounced, impromptu, always welcomed, very fun. In retrospect, amazing.

If considered as minimalist meditations, some of Schubert are bearable, even enlightening, especially in the hands of the pianist Richter. But this can never happen under the direction of amateurs.