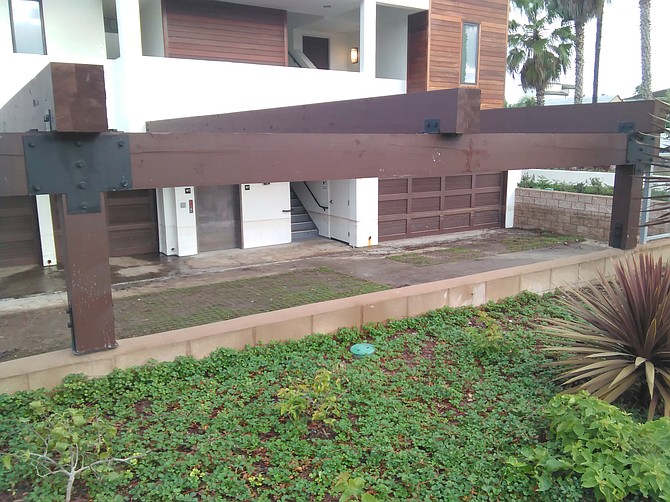 In the flood's aftermath, September 16, 2015 (note the waterline visible in the stairwell)

On September 15th, local evening news programs were full of reports on the effects of over an inch of rain that fell across the county during a one-to-three-hour time span. 10News reported a submerged Lamborghini ...