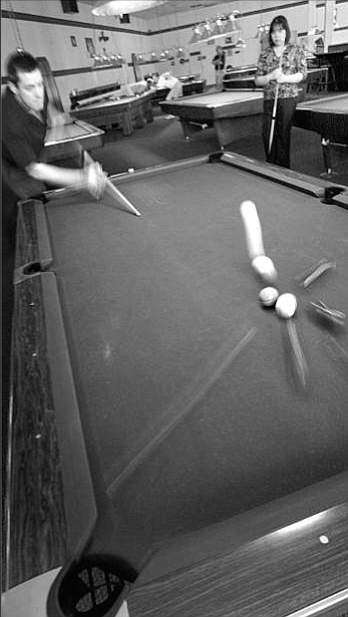 On Cue Billiards, La Mesa. The idea of being a road player is sounding more and more dangerous. Manaole agrees, but says there are ways to mitigate the danger.

What we love chooses us

Mind Game Everett Boyer, a twenty-four-year-old computer programmer, controls a character of some renown in San Diego, the powerful Elrond. (The character appears originally in Tolkien’s The Hobbit.) This blond and sturdy elf has acquired ...

Blacks bank it, Asians one-pocket it

Morse and I sit down with Manaole and Netter, who are discussing one-pocket pool. "It's the chess of pool," Manaole says, "because you have to put your opponent in trouble to gain an advantage."