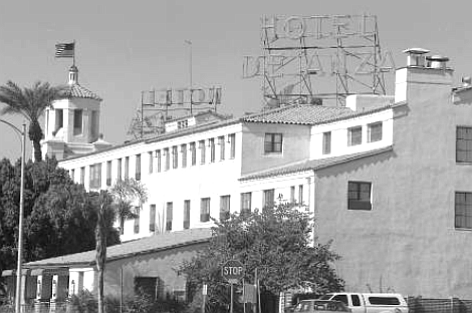 Fifteen minutes ago, a bit after 2:30, they started driving north from the grand, desert-white De Anza Hotel in Calexico, California, four and a half blocks from the Mexican border.

They were distraught, talking incessantly, since they had just learned West’s dear friend F.Scott Fitzgerald had died. Dateline Hollywood. Sad news to report today, the voice of the flapper generation has been silenced.