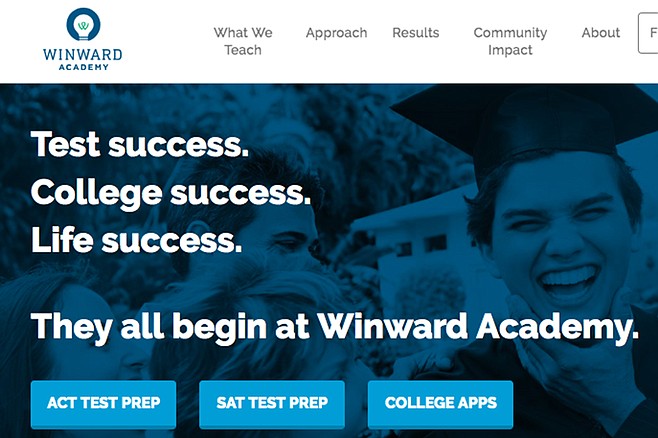 U-T searching for someone to get photos in order

In the wake of last week’s national college admission scandal, a kingpin of La Jolla’s burgeoning upscale SAT cram school industry went after William Rick Singer, the Newport Beach-based alleged perpetrator of the massive bribery scheme. “I’ve had several families call me today and tell me that they are so relieved that they trusted their gut and never worked with him,” Jennifer Winward told Channel 10 news in an interview aired March 12. “It’s going to affect people who just applied to college. It’s going to affect the students whose families have been implicated who are currently at these universities.” Added the station’s report: “This college admissions expert says the real victims are the students that do it the right way, and this mistake will be felt for a long time.” 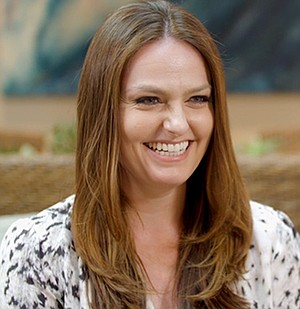 Jennifer Winward worries that the recent college admissions scandals will harm SAT cram businesses such as her own Windward Academy.

Doing it the right way at Winward involves forking over $2500 for what the school calls a “Game Changer + Personal Coach” package, including “7,000+ practice questions from real tests” and “additional practice tests and analysis as needed.”

“We guarantee a 4-point ACT increase or a 160-point SAT increase if you diligently complete all lessons, multiple choice, and practice tests,” boasts the company’s website. Though unmentioned by the TV piece, a big-money backer of Winward’s company, Winward Academy, LLC, is mega-millionaire House Democrat Scott Peters, who has sunk between $15,000 to $50,000 into the venture as a personal investment, per 2018 financial disclosure reports. His son Ben, credited as the school’s educational content coordinator, offers a testimonial on the academy’s website. “Throughout my time working at Winward Academy, I have been truly able to realize the time, effort, experience, and passion necessary to build a successful company from the ground up. What I have learned will continue to have a positive and lasting impact on my professional development and my career for the rest of my life!”

Ben attended private Francis Parker Upper School and Duke University, where in 2017 his parents, both alumni, endowed the Lynn Gorguze-Scott Peters Professorship of the Practice in Environmental Entrepreneurship and Innovation. 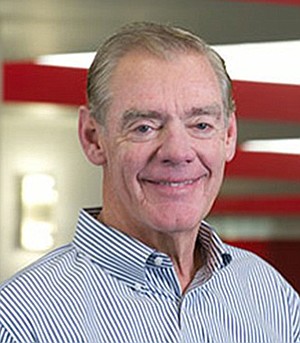 Former San Diego city manager Jack McGrory, who later made a fortune working for onetime Padres owner John Moores and his taxpayer-funded downtown redevelopment push, is now a member of the California State University’s board of trustees. A big-money backer of CSU’s efforts to take over the city-owned real estate once known as Qualcomm Stadium, McGrory hasn’t been shy about collecting his regular trustee stipends from the state. CSU records obtained under the California Public Records Act show that the wealthy Rancho Santa Fe denizen has picked up a total of $3900 in pay for his board appearances from April 2018 through February 5 of this year. 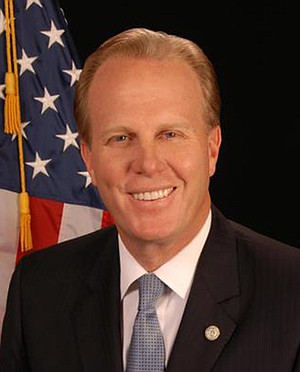 The Union-Tribune, owned by Los Angeles billionaire Patrick Soon-Shiong, who has been pouring money into hiring big-name reporters for his other newspaper property, the L.A. Times, is taking another tack, judging from the San Diego paper’s new help-wanted post for a Digital Content Producer. “The producer will help manage photos across The U-T’s growing social media platforms, with a primary focus on Instagram,” says the job notice, which also notes that “the candidate will prepare handout and courtesy photos for the print product.” Additionally, “the candidate should be passionate about — and pay meticulous attention to — the details of visual storytelling. That means they care just as much about sequencing images thoughtfully as they do about writing accurate captions and adhering to high ethical and legal standards.”...San Diego mayor Kevin Faulconer, who’s been putting in appearances in front of fellow Republicans around the state, touting what he says is a new gentler way forward for the beleaguered party, has received some bad news from a group of municipal budget hawks. “A new analysis of the latest available audited financial report found San Diego has a Taxpayer Burden of $5000, earning it a ‘D’ grade based on Truth in Accounting’s grading scale,” reports the Chicago-based nonprofit, which ranks San Diego in 37th place in 2019’s version of the Financial State of the Cities report. “San Diego’s elected officials have made repeated financial decisions that have left the city with a debt burden of $2.2 billion, according to the analysis. That equates to a $5000 burden for every city taxpayer.”

I would say that Jack McGrory, who later in life has taken a turn to the dark side, earns every penny he is paid as a member of the CSU board. He is responsible for snagging the Qualcomm Stadium site for San Diego State's planned expansion into Mission Valley and for keeping the terms of the deal murky. Will taxpayers be on the hook for the deal? Will there ever be a River Park? Will traffic in the area, once developed, ever move out of gridlock? No one seems to know or care.

No matter the innuendo about Scott Peters' son's job at a fancy college prep company in which the Congressman and his wife have invested. At least the kid is working. Scott Peters has been a moderate Democrat representing everybody well in a half-Republican district. Peters pioneered flipping a congressional seat from R to D, seems to have secured it, and has set an example for other Dem congressional victories in the county. In 2020 maybe Ammar Campa-Najar will be able to topple indicted Republican Congressman Duncan Hunter Jr. with help from established Dem officeholders like Scott Peters.

Monaghan what a silly post on McGrory. In case you haven't noticed, SDSU is a taxpayer -supported university. It and CSU will pay the agreed upon price for the Mission Valley property. That's a lot better than the deal the City made back in the Sixties when it gave most of the Torrey Pines property, over 2000 acres of it for free to the University of California. For a parking lot in MV the city will receive something on the order of $80-100 million dollars.

UC slides and CSU has to pay. UC buildings as a rule cost three times what CSU spends. Monaghan's expectations are cynical and rather boring. The city has owned that property for what, a hundred years or more and it never built a river park.

Excellent post! A quality "river park" went bye bye when C. A. Smith and other Mission Valley landholders sold out for the development of the May Company and Mission Valley shopping center. You are also correct on the sleazy deal that political darlings, UCSD got. This city has been notoriously crooked forever; that's a given. At least the SDSU deal benefits tens of thousands of students, and many more alums and fans...Go Aztecs!

McGrory, what a sleazebag. Or in Yiddish, a schmuck.