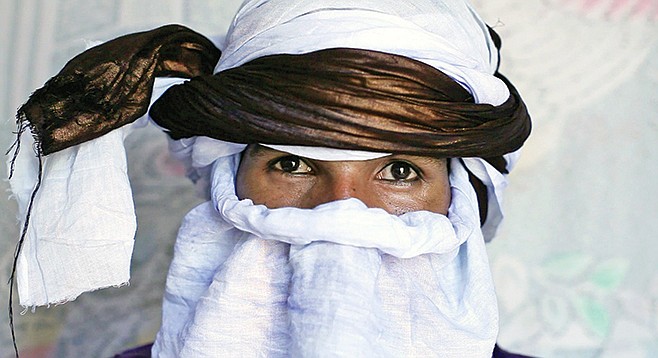 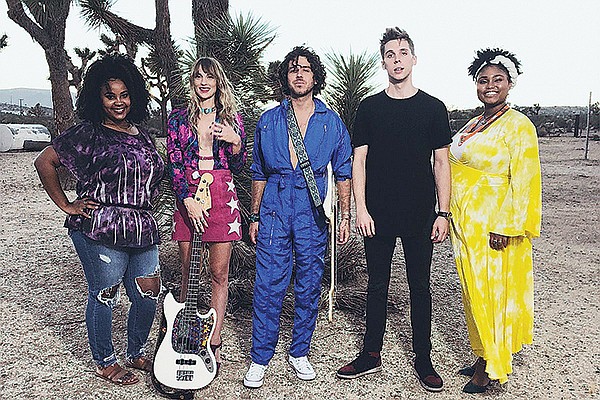 Rarely has an artist summed up both their sound and philosophy as succinctly as Gene Evaro Jr. does on his album, song, and video for “Like It’s 1965.” Nearly everything he says, does, sings, and wears evokes the ‘60s folk scene, with particular fealty to California singer-songwriters like Stephen Stills. However, rather than settle into mere retro, most of his tunes tend to dial up both the electronic noise and rubber soul quotient a la more urban inspirations such as Earth Wind & Fire and Stevie Wonder. The result is an unusually funky folkie, as if Paul Simon traded in Art Garfunkel’s afro for Marvin Gaye’s, often infused with a rambling western twang common to other Joshua Tree acts. He mostly remained overlooked when touring as an opening act for more energetic live outfits like Blues Traveler, but the last couple of years have seen him turn up on the rosters of quite a few notable music festivals, including Lightning in a Bottle, High Sierra Music, Lucidity, Guitarfish, and the Hangtown Music Festival. Like It’s 1965, released last year, is his third full-length, with an ongoing support tour due to hit Soda Bar on March 15. The bill includes San Luis Obispo-based rhythm and soul rockers Proxima Parada, whose single "Time in a Circle" racked up over a million and a half plays on Spotify and earned them a New Times Music Award for Best R&B/Blues Song. 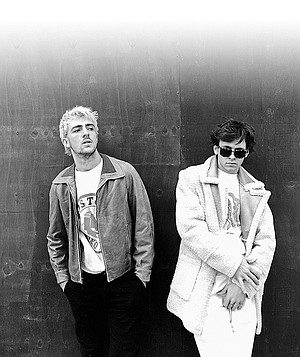 Imagine a Queen tribute band that moonlights playing original EDM music with members of the Moody Blues, and that’s the Driver Era. The large and lush soundscapes created by Ross and Rocky Lynch are pastoral and nearly orchestral, but all BPM’d out and RPM’d up, grinded to a dirty, grungy point with an alt-rock sharpener. Ross arrived on the music scene with a measure of fame already established from his career as an actor, being best known as one of the title characters on the Disney Channel’s Austin & Ally. Rocky has dabbled in acting too, as have siblings Ryker and Rydel, with all four originally playing in the same group, known as R5. Oddly, most online traces of their previous incarnation as R5 have been systematically converted to erase that band’s history in favor of the new project, particularly on Twitter and Instagram. Ross and Rocky formed their Driver Era duo last year, posting an online single called “Preacher Man” that clearly reflects the inspirations they readily admit, mainly Calvin Harris and Dua Lipa. It wouldn’t be a stretch to imagine a casual listener mistaking the Driver Era for either of those acts, although, to be fair, the brothers have had less than a year to distill a more distinct sound, with just a handful of singles and one video to their credit so far. “Preacher Man” has proven so successful that there are already remixes available, and both “Afterglow” and “Low” have appeared in the upper reaches of the iTunes chart. There’s an album reportedly in the works that will most likely be previewed at least in part when they take the Irenic stage on March 30. 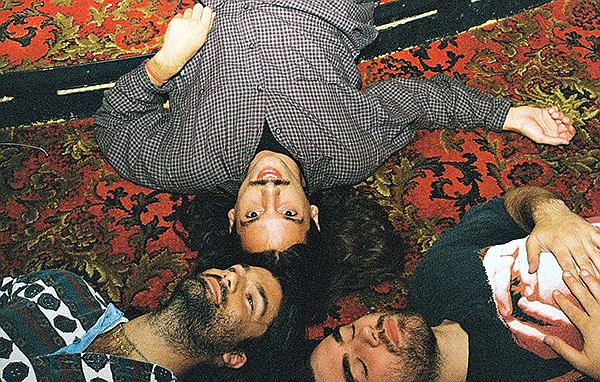 Virginia Beach’s Turnover is celebrating their ten year anniversary with a tour due to arrive at Observatory North Park on April 10. They’ve only released three albums during all that time, along with a couple of EPs and one-off singles, but they’ve been a constant presence on the road, touring with everyone from New Found Glory to Moose Blood, Diamond Youth, and many others. YouTube clips covering all ten of those years indicate a band that has transformed somewhat dramatically from paint-by-number pop punk and emo to ragged indie rock and dream pop. That evolution may be a side effect of their inability to keep a steady lead guitarist, which has made for an inconsistent output that sounds like at least three distinctly separate bands. They seem to have given up on a permanent lead guitarist in favor of hired hands. Band activities still get written up in the punk press, including this impending tour, although often only as an excuse to rail at/about them for no longer being punk. 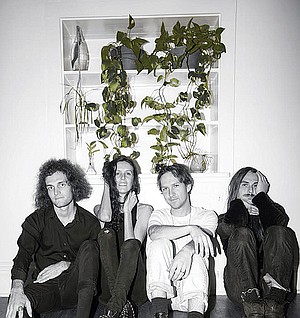 The Observatory bill includes Reptaliens, aka husband and wife rockers Cole and Bambi Browning, who embrace things like UFO cults and fanciful conspiracies with an utter lack of guile rarely found this side of Art Bell’s old radio show. Their music aspires to be somewhat otherworldly as well, soaked in vintage analog synths and melted into psychedelic weed butter with Bambi’s engaging, purring vocals. They frequently deal with sci-fi themes and transhumanism, a field of thought and research that predicts mankind’s ascendance to the next level of human development will happen in tandem with, and be made possible by, advancing technology. Also appearing is Turnstile, a hardcore band with members based in Baltimore and Ohio that formed in 2010. 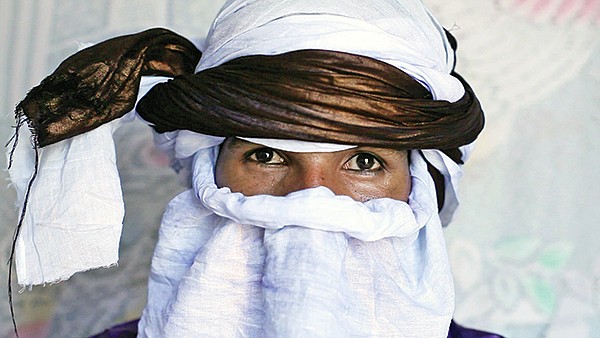 While looking into Tuareg guitarist Mdou Moctar, who grew up in a desert Nigerian village, I noticed the acts most often cited in the same genre are Tinariwen and Bombino. Reading that helped adjust my perceptual focus and prepared me for what to expect when I started spinning his music, beginning with his 2008 debut album Anar. While I definitely get the RIYL comparisons, there’s a lilting fluidity to the way his guitar rolls over the groove which very much evokes Prince, an artist Moctar reveres so much that he once starred in a Tuareg language remake of Purple Rain. Moctar quite nearly has the early guitar chops of his royal purpleness as well, and more recent releases have seen him playing faster, louder, and farther out than most any of his previously cited desert antecedents. That said, airplay and attention remains elusive in the U.S., where guitars seem to be about as outmoded and unwelcome in pop music as accordions, xylophones, and bagpipes. His next attempt to establish an American foothold is a headline tour that includes an April 21 date at the Casbah.