It hasn’t taken new House Democrat Mike Levin, who won the seat of Republican Darrell Issa after a grueling campaign season last year, long to hit the road. “What I saw was an island that still needs a lot of help,” Levin told the Washington Post after returning from Puerto Rico two weeks ago. “A lot of the preexisting challenges here were exacerbated by the hurricane.” 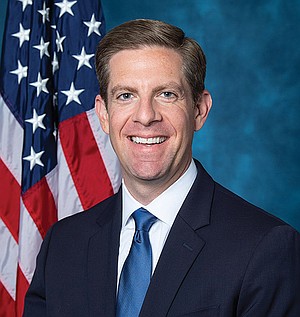 The three-day, 39-member event was sponsored by Bold PAC, the electoral arm of the Congressional Hispanic Caucus, according to the Post, which added that each House member came up with $500 for tickets to a San Juan staging of the musical Hamilton.

The journey drew the ire of president Donald Trump after Fox News linked to a tweet of the delegation’s Senator Robert Menendez of New Jersey on a sunny beach in trunks having a conversation with a woman in a bikini. “A lot of the Democrats were in Puerto Rico celebrating something,” Trump later told White House reporters. “I don’t know, maybe they’re celebrating the shutdown.”

Meanwhile, Democratic congressman Scott Peters, who dropped out of the race for San Diego mayor two weeks ago, went big on Treasury Bills and municipal bonds in the last week of 2018, as a rocky market scared investors out of stocks. Per a January 18 disclosure report filed with the House of Representatives, the well-heeled La Jollan and his wife Lynne Gorguze, heiress to a Midwest industrial fortune, listed 25 separate purchases, including 8 said to exceed more than a million dollars each.

Three other buys were in the range from $500,000 to $1 million: five were reported to be between $250,000 and $500,000; and seven were between $100,000 and $250,000, according to the disclosure. New York City and Los Angeles Community College Districts general obligations were among the greater than a million-dollar favorites of the couple. 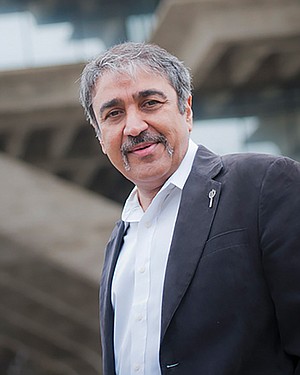 UCSD is out with a revised “investigatory leave” policy for its employees, posted online January 22 for comment through February 15, which for the first time brings up the topic of ethics. To insiders, the move seems suspiciously timed to the surfacing of bullying allegations against UCSD chancellor Pradeep Khosla currently being investigated by U.C.’s office of the president, as reported by the Union-Tribune late last month. “Investigatory leave is a type of leave available to use when circumstances warrant removing an employee from the work site during the course of the University’s investigation of allegations against the employee,” per the updated policy. “An employee may be placed on an investigatory leave, with or without notice. Investigatory leave is not a type of corrective action. Rather, it is a means of maintaining the status quo until the investigation and any related actions have concluded.” ...Mark Kokes, chief patent enforcer for NantWorks, owned by biotech billionaire Patrick Soon-Shiong, has told IAM Media that the Los Angeles Times and San Diego Union-Tribune owner is tired of getting ripped off by competitors. “A number of parties have admitted to Nant and its affiliates that they have obtained copies of our patented cell lines from specific cell repositories and are using them for infringing purposes or other uses for which they were not entitled to obtain the cells.”

When they marked their ballots in November, San Diego voters forced a host of city council staffers off the public payroll and in search of a new source of free banquet meals. Patronage position losers included Marisa Berumen, a staffer for defeated Fourth District council Democrat Myrtle Cole, who received annual total compensation of $108,584, according to the Transparent California website. Berumen’s leaving office personal financial disclosure says that last year the aide picked up two free lunches with a total value of $130 from the San Diego Police Foundation, $100 in food from the San Diego Police Officers Association, a $100 lunch from the San Diego Fire Rescue Foundation, and a $275 dinner from the San Diego and Imperial Counties Labor Council. 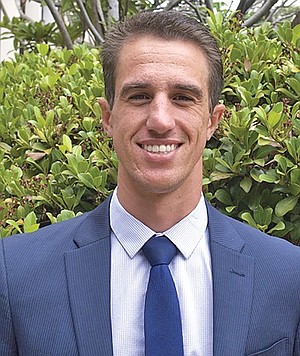 God love him, Byron Conrad Wear is out of a city hall job, but still smiling.

Byron Conrad Wear, son of Republican ex-councilman Byron Wear, departed his $73,362 staff gig after the GOP’s Lorie Zapf lost out to Democrat Jen Campbell. Last year Wear got a dinner ticket worth $100 to the Point Loma Association, and a $25 admission to the Ocean Beach Town Council’s annual supper

Appreciate those tips about T-bills and bonds bought by our own richest guy in the House of Representatives. Sadly, my so-called financial advisor is out of town for two weeks --probably skiing.

He engaged in bullying, harassment, retaliation, etc. in his first two years at UCSD. And apparently he likes it so much he is still doing it. This is the SECOND investigation in 6 years. UCOP doesn't spend hundreds of thousands on frivolous investigations. But because they handle these investigations in "secret", they can protect their own.

And the University of California Office of the President has known about this the whole time. They hate bullies unless it's their bully.

Keep digging. Where there is smoke there is probably fire. Where there are flames, there's an actual fking fire. San Diego Tribune thinks that as long as you are productive you can behave like this? Shame on the tribune.