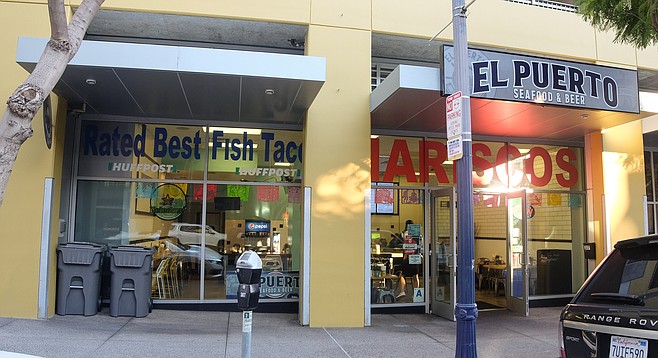 That's not the fish taco you're looking for

Don't believe everything you read in a restaurant window

Some places are just doomed to fail. Specifically this one place in East Village, right across the street from Petco Park. It seems like every time I walk by, there's a new restaurant at 317 10th Avenue. And I'm not imagining things. The storefront is on its fifth restaurant in under three years.

El Puerto Seafood by the Park

The first time I dropped by it was a Carnivore Sandwich, a mediocre deli. Next came Como Ceviche!, a ceviche spot that opened in the offseason with potential, but was gone before by the Padres home opener. I've no idea how long Blanco East Village Taqueria lasted, because I never even saw it. By time I came back, it was already MG Beyer Seafood, a brick and mortar location of the Mariscos German food truck that I thought surely would stick. 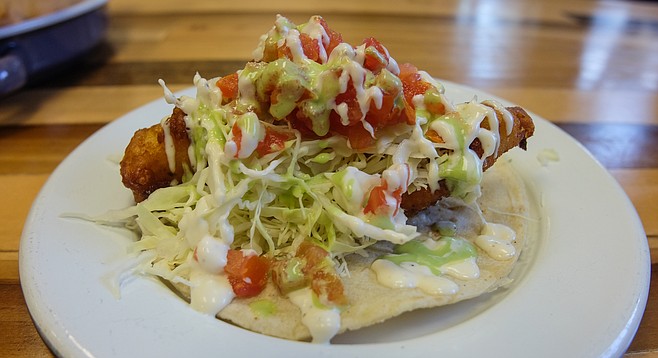 Now it's called El Puerto Seafood By The Park. At first I hoped it was a rebrand of MG Beyer, but the guy behind the counter twice assured me that's not the case. Then I wondered whether it was connected to Gaslamp Mexican restaurant La Puerta, but no: puerto means port, puerta means door, and these are neither the same word nor the same restaurant.

These were important distinctions to make, because a large sign painted in the window of El Puerto indicates it is, "Rated best fish taco," by HuffPost. And here's the thing: El Puerto was not.

Mariscos German, the food truck operated by MG Beyer, did gain such acclaim in a Huffpost story, here. Coincidentally enough, La Puerta also got praised in a list of best taco spots in a Fodor's article published on HuffPost here. 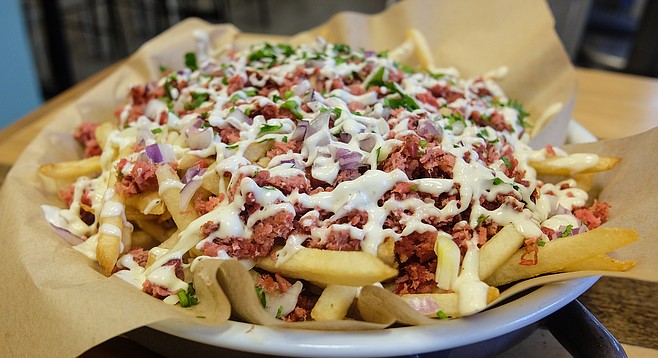 Smoked tuna on french fries sounded better than it tasted.

But, as we've established, El Puerto is neither of those restaurants. A check of photos on Yelp confirms what I recall: that this sign painted in the window was put up by MG Beyer. Another Yelp check-in confirms El Puerto was open by August at the latest, so it's had four months to remove the claim.

To be fair, I tried the El Puerto fish taco, and it wasn't bad. Not best in the U.S. material, but decent. However, I tried the smoked tuna fries that caught my eye at the top of the appetizer menu, and that didn't go so well. The minced, bright pink tuna tasty fishy and almost metallic. I managed five bits of the large plate before I gave up.

The Padres home opener this year is scheduled for March 28. My gut, and recent history, tells me El Puerto won't still be around to entice baseball fans with its questionable window claim. But in case it is, don't believe the hype.