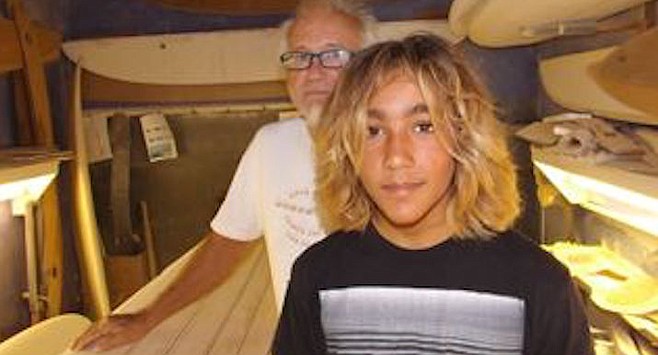 DIY surfboard shaping — cool but not too cool

In the early 1960s, surf shops, which had been little more than beach shacks where balsawood blanks were sculpted into surfboards, were replaced by storefronts where surfboards were sold along with T-shirts and trunks.

By the mid ‘60s biggest name in San Diego surfboards was Gordon & Smith, followed by Hansen. Then, in the late ‘60s the shortboard revolution took hold and classic ten-foot surfboards were cut down in neighborhood garages and reshaped into small, mostly crude “pocket rockets.” Some of these garage cutters would become the new shapers. But most quit after building a few hundred surfboards or were gobbled up by big surf companies. By the mid-'70s, established shapers like Carl Ekstrom, Bill Caster, Donald Takayama, Skip Frye, Mike Diffenderfer, and Rusty Preisendorfer had achieved guru status.

Within another decade the shaper was being replaced by the shaping machine. Much of surfboard production was moved offshore. Boards were often built by non-surfers, hundreds of miles from the ocean. While the masters continued the delicate work, few in the younger generation sought to acquire the wisdom of the masters.

That began to change about five years ago when surfboard shaping became as cool as vinyl records — cool, but not cool enough to form a mass movement. This blip on the radar gave birth to rented shaping rooms along with a few shaping schools and instruction books and videos on shaping.

There are several places in San Diego renting shaping rooms and tools. One of these is Bird’s Surf Shed on Morena Boulevard. You can also gain tips from master shaper, Robin Prodanovich who shapes at Bird’s Monday-Friday 9 a.m.-noon. Should you decided to go it alone, surfboard materials are available through Mitch’s Surf Shop in La Jolla and Solana Beach.