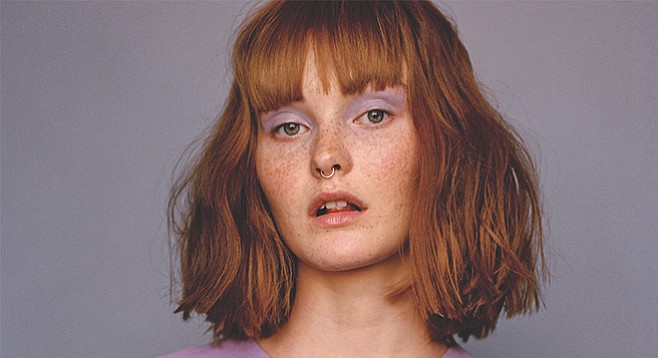 Up until around ten years ago, the way one usually became a pop star was to get a record contract, appear on a TV show, or be a moonlighting movie star, and that was pretty much it. Nowadays, there are countless ways to catch the public eye, and Kacy Hill first did so while still in high school, modeling fashions in the American Apparel catalog, where teens are usually outfitted either like pop stars or junkies or a combination of the two. It’s been three years since she made her debut as a headline singer with her “Experience” single, as she’s gone on to collaborations with Rick Rubin, Jack Garratt, and dancing behind Kanye West on his Yeezus Tour. West apparently didn’t even know his dancer was shooting a video for “Experience” during tour rehearsals until, on hearing the trip-hop R&B track for the first time, he was impressed enough to sign the 21 year-old to his G.O.O.D. Music label. It’s been a few weeks since the release of her debut full-length, Like a Woman, and so far neither the title single nor “Hard to Love” is making much of an impression with buyers and bloggers. However, her next music video is said to be a career-defining promo directed by fashion photographer Rankin, and she’s still being talked up by taste-making collaborators like producer DJ Mustard, so it’s possible you’ll catch an emerging star on the rise on November 6 when Hill plays the Casbah. 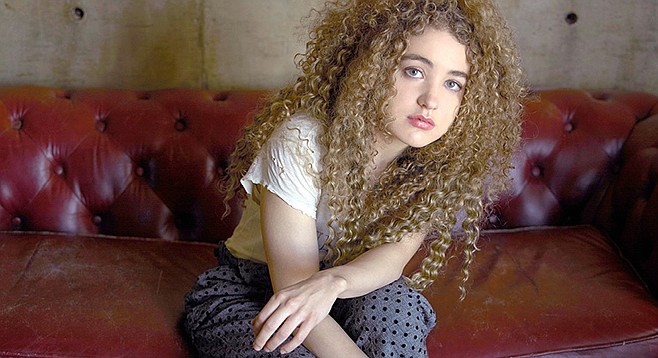 Tal Wilkenfeld, one of the most in-demand session and touring guitarists on the fusion jazz and prog rock circuit

To listen to Tal Wilkenfeld, she would have been perfectly happy to remain in the background of other people’s star turns, as one of the most in-demand session and touring guitarists on the fusion jazz and prog rock circuit. It was mainly the prompting of her all-star cheerleaders, among them Herbie Hancock and Jeff Beck, that encouraged her to work on her vocal chops and step into the spotlight. She’s seen quite an upward career path since arriving in NYC back in 2006 and soon finding herself sitting in with the Allman Brothers, touring with Chick Corea, and taping TV performances with Hancock and Wayne Shorter. While on tour with Jeff Beck’s band, she started gaining widespread notice, especially after her scorching performance at Eric Clapton’s 2007 Crossroads Festival, which scored over ten million YouTube views. Her instrumental debut album Transformation shows off the classical technique and fluid playing style that she’s perfected on tracks by Ringo Starr, Todd Rundgren, Jackson Browne, Joe Walsh, Brian Wilson, and others who’ve hired her. However, her recent solo releases with her added vocals (like her cover of “All I Want for Christmas,” which Amazon promoted last year with a streaming holiday playlist) really showcase what she’s capable of. Anyone who’s seen clips of Wilkenfeld opening for the Who knows that she can command any size audience, so she should easily win over the Belly Up crowd on November 15. 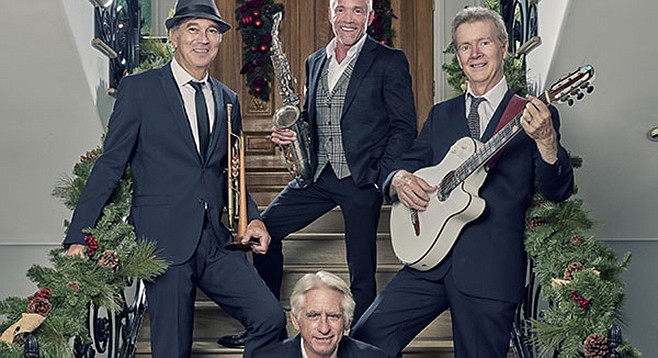 Dave Koz is in San Diego again, this time for his 20th Anniversary Christmas Tour

It’s his third time appearing in San Diego this year, following stints at Humphreys and Thornton Winery, but Dave Koz’s performance at the Balboa Theatre on December 14 is part of his 20th Anniversary Christmas Tour, for which he’ll be accompanied onstage by pianist David Benoit, trumpeter Rick Braun, guitarist Peter White, and Dallas R&B singer Selina Albright. The production is staged in conjunction with a newly released 20th-anniversary Christmas album featuring Koz backed by the Portugal-based West European Symphony on 11 classic holiday tracks, including “Winter Wonderland,” “Feliz Navidad,” “Christmas Time Is Here,” and “Have Yourself a Merry Little Christmas,” the latter featuring Albright. The album also immortalizes Koz, Benoit, Braun, White, and guest Jeffery Osborne performing their popular concert medley of “I’ll Be Home for Christmas” mashed with Kenny Loggins’s 1977 pop gem “Celebrate Me Home.” This will be the sixth time Koz has staged his Christmas show at the Balboa, with all but one of the previous shows having sold out (and probably the only reason 2009 had empty seats was because Koz performed the same concert that December at Pechanga). 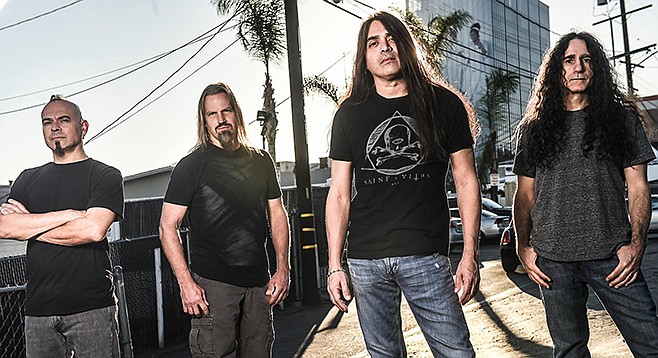 The popularity of progressive metal has seen a somewhat surprising resurgence, with long-lived standard bearers such as Iron Maiden and Opeth defying the odds by growing their audiences and maintaining arena-tour status year after year. New England has emerged as a particularly fertile hotbed of Rush-loving, Watchtower-collecting hard-rock virtuosos, from Elephants of Scotland to Hartford, Ct’s Fates Warning, which’ll swing through Brick by Brick on January 13. Over the course of 35 years, they’ve released a dozen studio full-lengths and a couple of live albums. The current quartet only features one founding member, guitarist Jim Matheos (also known from OSI, with former Dream Theater keyboardist-singer Kevin Moore). Singer Ray Alder (Engine, Redemption) has been a member since their breakthrough 1988 album No Exit, bassist Joey Vera (Engine, Armored Saint) has been aboard since 1996, and drummer Bobby Jarzombek (Halford, Riot) has logged a full decade with the group. It’s been over a year since the release of the album that their current Theories of Flight tour is named for, but they’re also plugging their Awaken the Guardian Live full-length, which came out earlier this year and features the band playing an entire 1986 LP. Looking over recent setlists, they appear to be sticking to pretty much the same tracks each night, usually opening with “From the Rooftops” (from their most recent studio disc), though they occasionally flip the script by starting the show with Mogwai’s “Batcat,” and usually closing with encores of “Through Different Eyes” and “Monument.” They even snuck “Oak Cliff Bra” by Edie Brickell & the New Bohemians into one recent set, so be prepared for the occasional left turn. 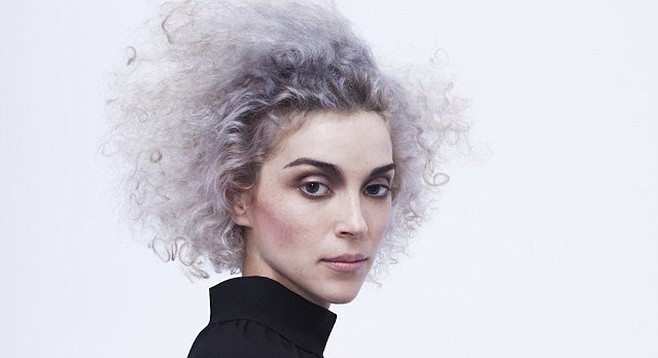 Having come up in the early 2000s with the Polyphonic Spree, St. Vincent — now age 35 — would seem long in the tooth for a pop star. However, the one-time member of Sufjan Stevens’s touring band has reinvented herself more than once, going from soft jazz rock on her 2007 debut album Marry Me to an experimental collaboration with former Talking Head David Byrne, Love This Giant, to the alt-rock heroine whose self-titled fourth solo album won her a Best Alternative Album Grammy, the first female solo act to win that category for the past 20 years. Her newest full-length, Masseducation, drops this month in advance of her January 27 appearance at Observatory North Park. Two singles have been released so far for the album, which she recently told Pitchfork is “all about sex and drugs and sadness.” Sounds like the perfect soundtrack to an evening on University Avenue.