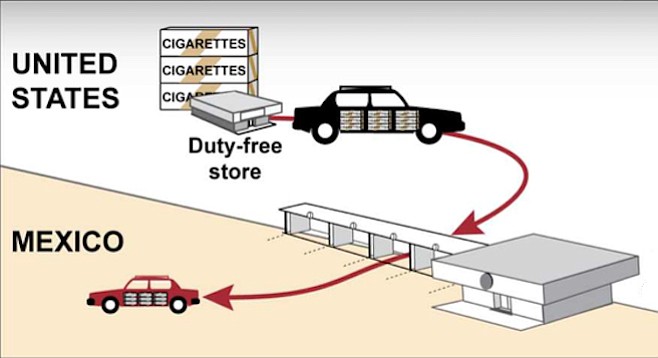 The cigarette smugglers among us

California's legalization of recreational marijuana may have taken some of the sizzle out of cross-border pot smuggling, but a recent report by the Government Accountability Office sheds new light on how tobacco tax evasion continues to drive a thriving illicit trade in duty-free tobacco cigarettes.

Officials of U.S. Immigration and Customs Enforcement, otherwise known as ICE, told federal auditors "they have identified links between the smuggling of large quantities of duty-free cigarettes and transnational criminal organizations that use the smuggled cigarettes to launder money and generate revenue," per the October 11 report to Democratic senator Ron Wyden of Oregon, ranking member of the Finance Committee.

A 1988 law limits the volume of duty-free tobacco products that can be purchased at U.S. airports, but exempts terrestrial crossings. "U.S. officials reported that their efforts to counter the illicit trade in duty-free cigarettes face challenges, primarily due to the ability to buy unlimited quantities of duty-free cigarettes at the land border." 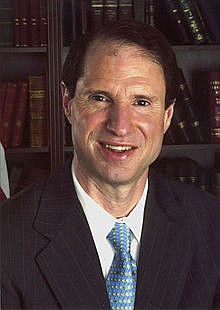 Much of the tobacco traffic is said to begin at loosely regulated duty-free operations along the border in San Ysidro. From there, the cigarettes make a quick diversionary trip through Tijuana before winding up back in the United States.

"In this scheme, duty-free cigarettes that are smuggled into Mexico are brought back across the border and introduced into U.S. commerce without declaring the goods to [customs] upon reentry, thus avoiding relevant U.S. taxes."

On the way into Mexico, smugglers "may attempt to bribe Mexican customs officials to evade payment of Mexican taxes."

"Officials reported that they observed individuals in the parking lots of duty-free stores near the port of San Diego loading cigarettes into concealed compartments in personal vehicles to smuggle them into Mexico." 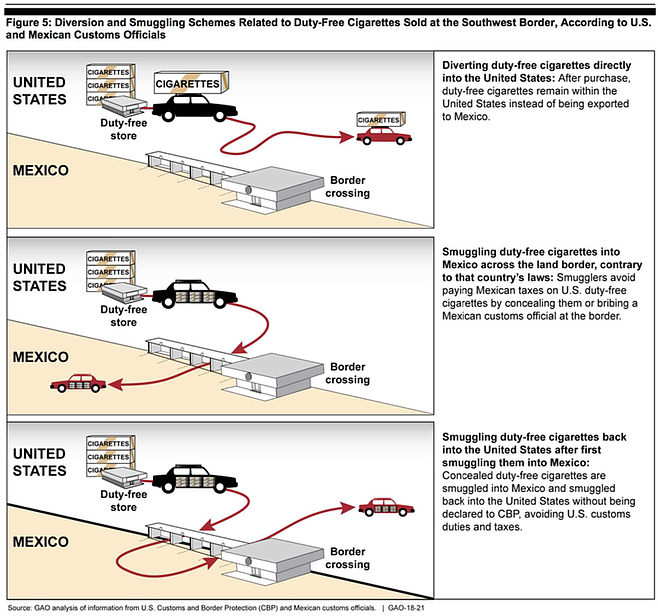 "An ICE officer in California told us that smugglers had posted Internet advertisements online to recruit runners to move cigarettes across the border from the United States," says the document.

Well-organized teams of smugglers "bring these goods back into the United States in small amounts, to avoid detection, and take them to rented storage facilities along the border, according to [Customs and Border Protection] officials at the port of San Diego."

"The smuggled cigarettes are bundled into larger quantities and subsequently transported for sale at locations in the interior of the United States. During our fieldwork at the port of San Ysidro, CBP officials identified warehouses where such cigarettes had been stored in the past."

Auditors say attempts to stop the illegal trade have met with only limited success.

"In the San Diego area, which has one of the highest concentrations of duty-free stores among ports on the southwest border and has multiple crossings into Mexico, CBP took steps to try and address the challenge of large quantities of duty-free cigarettes moving through passenger crossings."

But smaller purchases remain untracked. "Officials said that they have no way of systematically knowing the full scale of exports that occur through transactions valued at under $2,500."

"As part of a 2012 enforcement operation, CBP officials reviewed receipts for cigarette sales from three duty-free stores in San Ysidro and identified six people who made multiple purchases during the same day at one of the stores. One of these six individuals made 14 consecutive purchases of cigarettes valued at $200 and then a final purchase of $100 for a total of $2,900 which, as a single transaction, would have exceeded the $2,500 threshold for reporting such exports,"

Also problematic, "a 2010 operation discovered multiple store operators maintaining two sets of accounts to link cash outlays upfront for multiple purchases." Additionally, "officials had compliance concerns with filings in which stores identify themselves, and not the purchaser, as the exporter."

In an attempt to stem the illegal trade, U.S. agents "met with representatives of one of the largest operators of duty-free stores on the southwest border to clarify regulatory requirements. However, [customs] officials said that this duty-free store operator continues to make incorrect filings."

Other questionable practices identified by the report include "escorting vehicles using unapproved exit routes; allowing purchasers of large quantities to leave the store unescorted, and assisting purchasers in their efforts to conceal goods in the door panels and engine compartments of their vehicles." Some of the gambits were "carried out with the complicity of store employees," the audit adds. 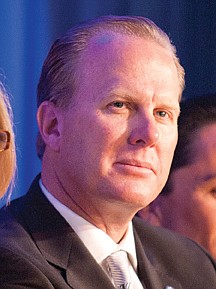 Long-promised new remedies have yet to emerge. "Officials at [Customs and Border Patrol] headquarters in Washington, D.C., informed us that the agency was planning to engage with port officials in San Diego to plan appropriate next steps in assessing the type of crossing through which duty-free cigarettes should be exiting."

Notes the audit, "The stores at the port of San Ysidro were some of the most profitable in the country and...merchandise sold in wholesale quantities was an important part of their business." 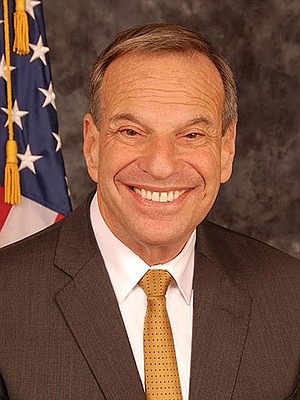 Without naming names, the report calls out a cigarette brand favored by smugglers. “At least one of the brands among those seized is associated with the operator of multiple duty-free stores on the southwest border. The duty-free store operator owns the trademark for this brand of cigarettes and operates 35 of the 88 facilities (stores and warehouses) that CBP identified along the southwest border. This operator's stores accounted for nearly 89 percent of the export data we reviewed based on the number of transactions valued at more than $2,500."

The more something is taxed, the more incentive there is to evade the tax. California's tax on cigs is sky-high, and now there is a burgeoning "industry" of cheaters. Usually evading that tax involves bringing them in from a lower-tax state or better yet, from a source that has them tax free. But pulling it off right within sight of the border crossing takes the prize for nerve.