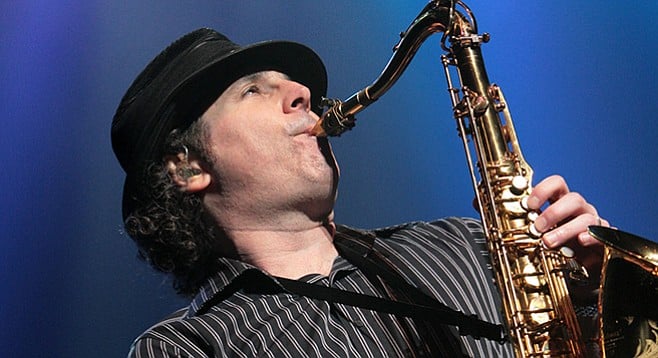 Get your tickets to Regina Spektor, Echosmith, Tori Amos...

Thornton Winery has been promising for weeks to add two more marquee headliners to its already packed schedule of jazz concerts, with the first now revealed to be returning sax symbol Boney James on September 24. Though he’s been releasing albums for a quarter century now, the four-time Grammy winner’s most recent, Futuresoul, was pretty much his biggest, debuting at number 41 on Billboard’s Current Albums pop chart (his highest arrival to date) and sitting atop the Contemporary Jazz chart for 11 weeks. His sound is a mildly adventurous take on the smooth jazz popularized by Kenny G, Dave Koz, and their crowd-pleasing contemporaries, although coming from a far more musically informed and even (for brief passages, anyway) avant garde approach. Kudos to Jimmy Fallon for bringing the rising star onto the Tonight Show, where many enjoyed their first look and listen as James sat in with (and nearly stole the show from) house band the Roots. 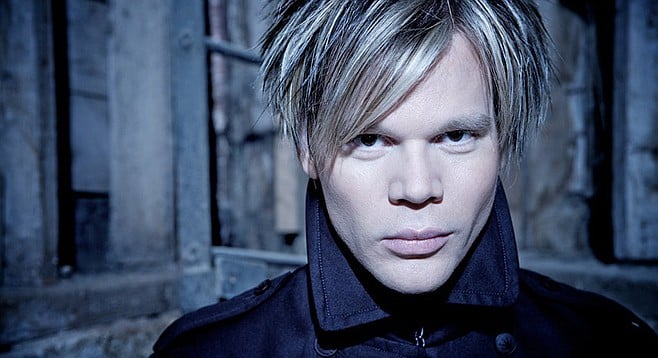 The other new addition, colorfully coiffed pianist Brian Culbertson, makes his fourth Thornton appearance on September 30. Another pop-jazz fusionist, Culbertson is more a student of the Yellowjackets/Hiroshima/David Sanborn school of homogenized FM jazz, but with a bumpy R&B groove. He hasn’t exactly set the charts on fire, despite having recorded over a dozen studio full-lengths and even a 20th Anniversary Tour live album, but he’s a staple of jazz fests and lights-out-style radio stations and playlists. The R&B flavor of his most recent albums earned him a 2012 NAACP Image Award nomination for Best Jazz Album and a 2012 Soul Train Award nomination for Best Contemporary Jazz Artist, and those organizations don’t usually nominate guys whose hair looks inspired by Dragon Ball Z cartoons. Culbertson’s newest, Funk!, is a welcome followup to Bringing Back the Funk (2008), which spent two weeks topping Billboard’s Top Contemporary Jazz Albums Chart. For both Boney James and Culbertson, general admission seating begins one hour before showtime. 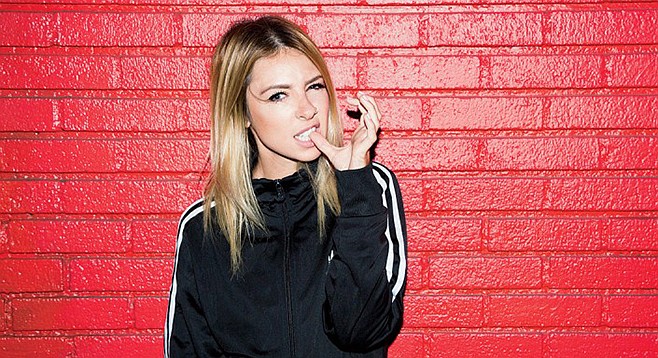 DJ/producer Alison Wonderland wants to do it. On a spiritual level.

Back on the festival circuit this year, with appearances slated at Lollapalooza and Austin City Limits, DJ/producer Alison Wonderland arrives at Observatory North Park on October 11. Advance press for the Fuck Me Up on a Spiritual Level (FMUOASL) Tour promises “a brand new production” with “an entirely new setup and visuals,” featuring music from her forthcoming studio album. Now a vet of big stages such as Coachella, Tomorrowland, and EDC (both in the U.S. and U.K.), it’s anyone’s guess whether her album will include the current single “Messiah,” a temple-pounding collaboration with producer M-Phazes that has already scored over four million global streams on Spotify. Her debut full-length Run hit number one on Billboard’s Top Dance/Electronic Albums chart, a feat seemingly capable of any number of anonymous hit-machines cranking out nearly identical tracks each week, but Wonderland’s powerful vocals tend to rise above the paint-by-number productions. Recommended for anyone who ever wondered what Adele would sound like if she joined Flosstradamus. 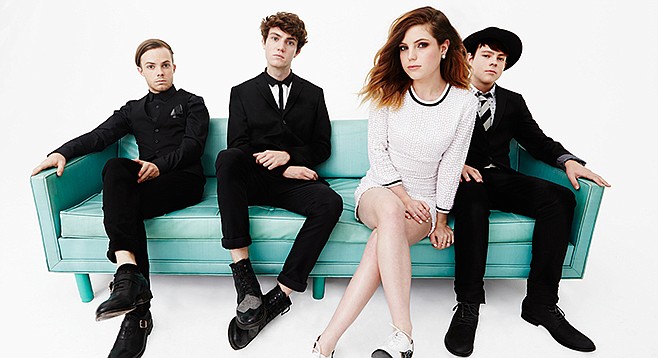 Echosmith. They once performed with Taylor Swift!

Chino, California, based alt-pop band Echosmith will debut music from their sophomore album Inside a Dream at the Music Box on October 21 as part of a six-week North American tour. Warner Brothers is hoping the trio, featuring frontwoman Sydney Sierota and her brothers Noah (bass) and Graham (drums), still has momentum from their 2013 multiplatinum hit “Cool Kids,” a track so huge that they once performed it onstage in Philly with Taylor Swift. It’s hard to tell if we should expect more of the same from the newly released preview track, “Goodbye,” which sounds pretty indistinguishable from MisterWives, the Colourist, and any number of other post-Killers conglomerates who — like Echosmith — have come and gone from the Warped Tour mainstage. 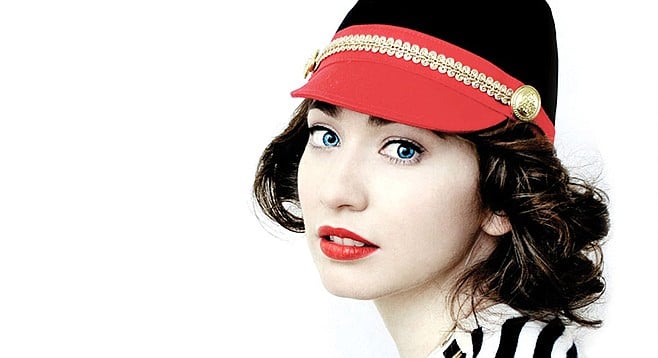 Regina Spektor, in town with a retrospective road show

Tickets go on sale Friday, July 21, for Regina Spektor at the Balboa Theatre (October 23). The Russian-born songstress is touring in support of Remember Us to Life, with a retrospective road show that features her sitting at the piano and telling stories from throughout her life and career, which of late has been positively resurgent. Aside from being heard on the hit Hamilton Mixtape, she’s been turning up on the soundtrack of Orange Is the New Black and just recently recorded still-unheard collaborations with Odesza and Gogol Bordello. It’s probably unfair to burden her with expectation-laden mantles like “our generation’s Joni Mitchell” (which, coming from Esquire magazine, failed to narrow down the post-‘60s generation Spektor belongs to), but Remember Us to Life is a revelatory listen, full of insights into her experiences as a young Russian-speaking immigrant in New York City. It’s the kind of conversational folk pop that also, sometimes sneakily, proffers a message beneath the music, albeit one you can tap your toes along to. 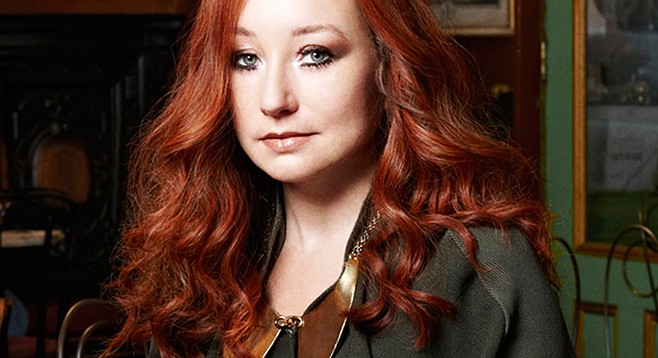 Tori Amos will do some cult crooning at Balboa Theatre

Also newly announced for the Balboa is cult crooner Tori Amos, touring in support of her Native Invader album (November 28), and a triple prog bill with this year’s version of Yes (including the onetime frontman of local Yes tribute Roundabout, Jon Davison), occasional Cars frontman Todd Rundgren, and one third of Emerson, Lake & Palmer (August 28). The latter entity is fronted by that band’s last man standing, Carl Palmer, whose ELP Legacy also features Paul Bielatowicz (guitarist for Neal Morse of Spock’s Beard), as well as British bassist and Chapman stick player Simon Fitzpatrick, who also collaborated with San Diego’s own Jennifer Batten. Judging from recent playlists posted online, Bielatowicz, Fitzpatrick, and Palmer (BFP?) are apparently also performing King Crimson’s “21st Century Schizoid Man,” but nary a track from Emerson, Lake, and Powell. Guess that one’s not part of the Legacy, despite sporting two thirds of the founding trio making original music, instead of one lone drummer paying tribute to his own (admittedly impressive) back-catalog. 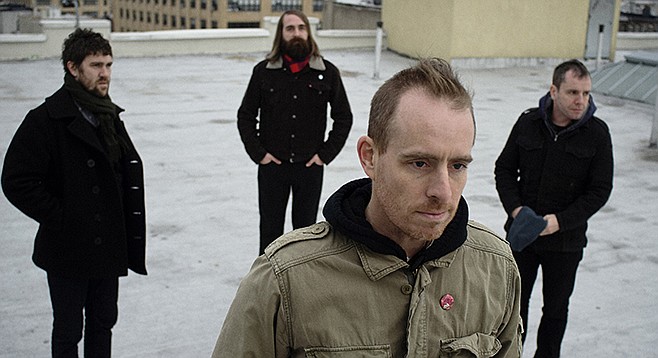 Ted Leo and crew hit the Casbah on November 1

On his newest full-length, The Hanged Man, Ted Leo has gone all Richard Thompson (as opposed to going all Morrissey on his last solo release in 2010, The Brutalist Bricks). Best known from New York hardcore band Citizen’s Arrest, as well as his duo with Aimee Mann, the Both, Leo recorded these latest tracks in a sparsely equipped Rhode Island home studio, with the intimate setting in one of the nation’s tiniest states a metaphor for the stripped-down sad-pop acoustics and the personal nature of the topics explored. He’s been backed since 1999 by the Pharmacists, still with longtime guitarist-bassist James Canty and not-quite-as-longtime drummer Chris Wilson, both of whom will take the Casbah stage with Leo on November 1.