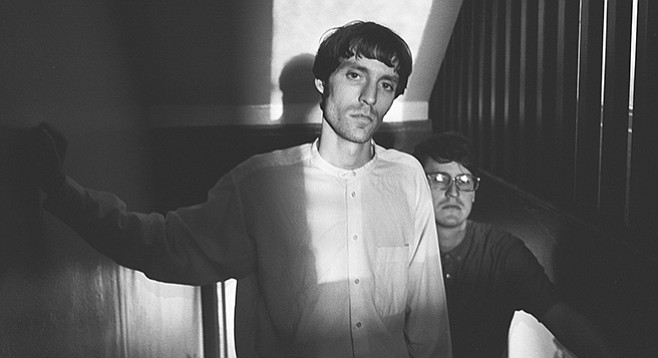 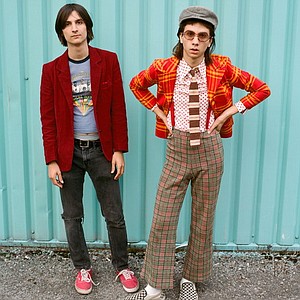 Thursday 9
“They’re very cute. I think they have an amazingly bright future,” says Elton John about brothers Brian and Michael D’Addario, the talented singer/songwriters behind Lemon Twigs. In fact, much of the UK — where they were on tour last year — finds the Long Islanders’ Beatles/Beach Boys/Bay City Rollers mash-up smashing, if you follow the Guardian and London Times. Better yet, follow your own ears to lemontwigs.com and stream their dandy debut, Do Hollywood. Sir Elton may be right about these lads. Reader rock writer Dave Good picks their Casbah show on Thursday as the set to see in this week’s Of Note. Nashville’s glitter-boogie glam band Savoy Motel opens the show.... Best of the rest Thursday night finds North County’s punky Bombpops playing a record-release for their new Fat Wreck record, Fear of Missing Out, after Caskitt and Squarecrow. Catch up with prog-punk trio Caskitt in this week’s “Drummer’s revenge” Blurt...Grizzly Business, Heart Beat Trail, and Whiskey Circle will fill a barroom-rock bill at the Merrow in Hillcrest...L.A. “tragic wave” artist Deb Demure’s Drab Majesty darkens the door of the Hideout after Body of Light...Hey Ho Let’s Go! will chug through a set of Ramones at the Whistle Stop in South Park...while up in La Jolla, Orlando-based emo act You Blew It! headlines sets at the Ché Café after Texas alt-rockers All Get Out and Nashville indie quintet Free Throw. 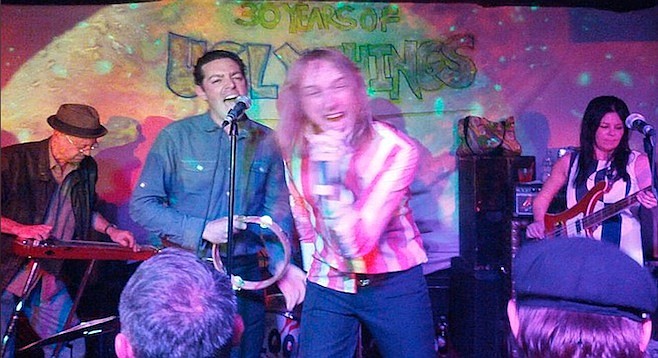 Local garage-psych band the Loons will open the Soda show for the Molochs Friday night!

Friday 10
L.A.’s psych-pop mop-tops the Molochs will take the stage at Soda Bar after garage-psych locals the Loons. “The Molochs are in thrall to that point in the mid-’60s when beat groups, garage bands, and psychedelic outfits began to merge into each other,” says the Guardian, which gives their sophomore set (America’s Velvet Glory) three out five stars for its sweet spot hits “No More Cryin’” and “The One I Love.” Riding an arc from early, swirly Stones to fellow Los Angelenos the Allah-Las, singer/songwriter Lucas Fitzsimons and his Molochs seem to be paying proper homage to some genre-defining bands in between — Byrds, VU, Television — but I can’t wait to hear what comes when Fitzsimons shrugs ’em off. For fans of the brand, this’d be the show to see this weekend.... Miss the door at Soda Bar, right down the road at the Hideout, L.A. rock-rollers and frequent stage-mates of the aforementioned Molochs, the Relationship (featuring Brian Bell of Weezer on guitar/vox), will headline sets by Warbly Jets and Fake Tides...touring in support of last year’s rockabilly/blues record The Southern Surreal, Legendary Shack Shakers will take the stage at Casbah after the Brains and Delta Bombers...more tat-rock at Til-Two, where Screamin’ Yeehaws anchor a date by Dime by Dime and Cochinas Locas...while local cavity-rattlers Red Wizard, Nebula Drag, Amigo, and Cambrian Explosion go off at the Merrow. 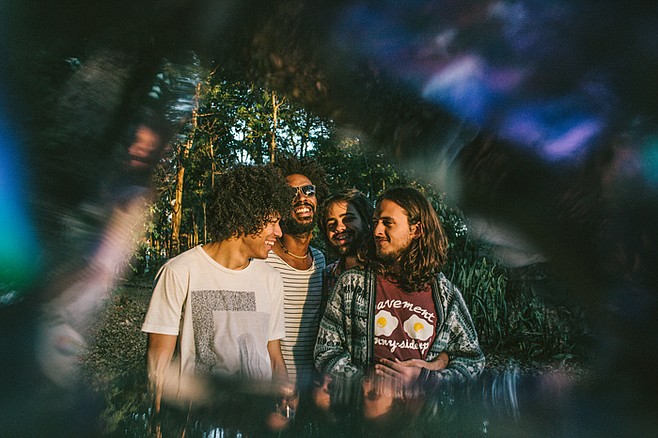 Saturday 11
Enjoy an early-evening set by Griffin House at Soda Bar on Saturday at 6p. House is touring in support of his latest folk-rock record, So On and So Forth — “a solemn and sturdy set of songs,” according to No Depression magazine. Later that evening at the Normal Heights hot spot, Brazilian psych-pop band Boogarins headlines sets by Amerikan Bear and Soul Juice.... Else on Saturday: haunted surf-rock organ-grinders Creepy Creeps join San Diego’s favorite garage-wreckers the Schizophonics, the Widows, and Alvino & the Dwells to fill a top-shelf locals-only bill at Casbah...30-years-strong “cowpunksurfabilly” band the Ziggens plays the Merrow with No Kings and Midnight Track...L.A. indietronica artist Kamtin Mohager, aka Chain Gang of 1974, plugs in at the Hideout...while French trip-hop producer Jean-Christophe Le Saoût, aka Wax Tailor, winds up the Music Box after old-soul hip-hop ’n’ jazz act L’Orange.