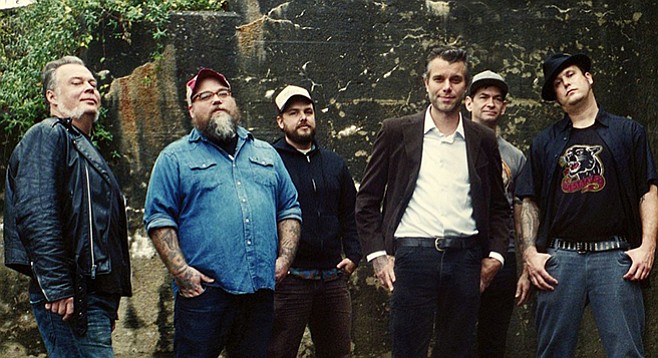 Aussie indie act the Griswolds will bring their brand of dance-pop to Casbah on Sunday.

Sunday 12
“I want to believe” in David Duchovny’s musicianship. The FBI special agent went rogue and dropped a folk-rock record called Hell or Highwater in 2015. The label, Thinksay, compared the collection to Leonard Cohen, Wilco, and REM, but the critics’ grades suggest otherwise. Even adult-contempos Consequence of Sound gave him a C grade, which puts him in league with Keanu Reeves, Kevin Bacon, and Russell Crowe. But no one goes to these shows for the music. It’s a starfuck fest, and why not? X-Files, man! Fox Mulder plays the Music Box on Sunday.... If you prefer a rocker to a gawker, “punky-tonk” couple Jason and Polly Punkneck bring their country-fried Punknecks to the Tower Bar...the O.C.’s ska-pop octet Save Ferris is up at Belly Up celebrating the release of this week’s Checkered Past record...Aussie indie band the Griswolds plays Casbah behind their latest, last year’s Relativity release High Times for Low Lives...and skate-punk ’Zonies Authority Zero drop in at Brick by Brick on a big bill that includes Hey Smith, the Walking Toxins, Skipjack, and Strike Twelve.

Monday 13
Detroit lo-fi-punk trio Tyvek’s at Soda Bar behind last year’s Origin of What, the In the Red album Pitchfork scored a very respectable 7.8: “these wordy, detail-stuffed songs are fast and staid, intense and gentle, paranoid and curious.” The guy who recorded Origin of What, indie-rock lifer Fred Thomas, and local experimental lo-fi band Kan-Kan will set it up.... Else on Monday: popular podcast Welcome to Night Vale will spin a new tale at the Observatory North Park...Roger and Sara celebrate another year of wedded bliss at Casbah — where they got hitched ten years ago — when they stage Oh Spirit, Listening to Rocks, and Veronica May & the To Do List...and hot blues band Hot Tuna, featuring Jefferson Airplane guitarist Jorma Kaukonen and bassist Jack Casady, plays an acoustic set at Belly Up. 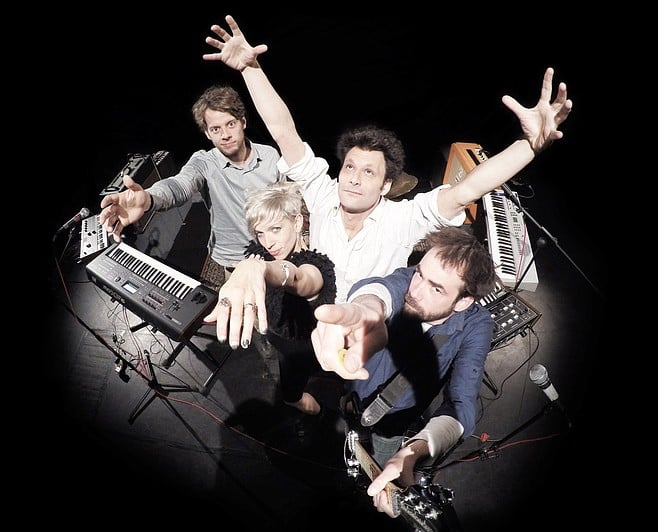 Tuesday 14
Happy Valentine’s Day, lovers. If rocking’s in your sweetheart’s heart, Chapel Hill’s post-hardcore futurists Milemarker will headline sets at Casbah behind Overseas, their first album in 11 years. Noisey likes it: “Milemarker’s music propels the angular innovations of Fugazi and Drive Like Jehu into new realms of robotic otherness.” Big Jesus and Hours go first...otherwise, stab a box of wine and crank up the turntable, as San Diego is low on shows Tuesday night.

Wednesday 15
From Memphis in Tennessee, the country-punk five piece Lucero is touring in support of their latest ATO release, All a Man Should Do, which found the group leaning on their country roots a little more than usual, and pumping up the brass and piano runs. Stillandall, these boys are aging like good whiskey, about which they know a thing or three — they sure sing enough songs about the spirit. Lucero headlines sets at Belly Up Wednesday after soul-rock singer/songwriter Esmé Patterson for one dandy of a double bill.... The rest of Humpnight hits like this: two sets by uke master Jake Shimabukura at Music Box, where he’ll take the stage at 7 and 9:30p...ska-punk Michiganders Mustard Plug play Casbah after Phenomenauts and O’side Sound System...out to tout their latest La Escalera release, Roads Home, punk’d-rock four-piece Western Settings will kick off their winter tour at Tower Bar...while “murderfolk” singer/songwriter/bloody banjo player Danny Kiranos, aka Amigo the Devil, will damn souls at Soda Bar.