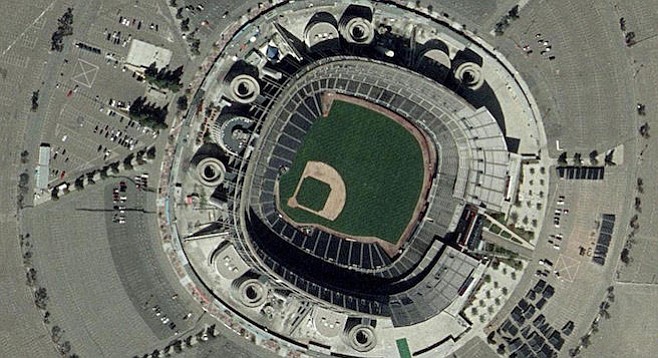 How many dollars are San Diegans willing to surrender to developers of a new stadium for professional soccer and San Diego State University, biding its time for the lucrative opportunity to hike the price of admission to its football games?

As SDSU athletic director J.D. Wicker takes to the Union-Tribune to ramp up hype for a controversial new 30,000-seat Mission Valley stadium and development project, that question is filling the corridors of power at city hall, fueled by word that a take-no-prisoners, high-stakes lobbyist from Los Angeles is running the plays. 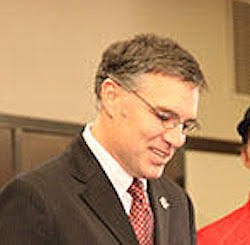 “With 30,000, it’s going to create a great environment,” Wicker is quoted by U-T sports writer Kevin Acee as saying of the project in a piece posted February 6.

"You’re going to have to buy season tickets if you want to get into the building.”

The story adds that taxpayer-funded SDSU "would finance through bonds" a $100 million payment to FS Investors, would-be developer of the complex that is part of a much bigger scheme to grab control of the publicly owned 165-acre Qualcomm site for a massive real estate development coupled with a Major League Soccer venue.

"Yes, of course this is about making more money," says the U-T write-up of the university’s motives. "It really isn’t a question of if, just how much."

Enter the giant national law firm of Latham & Watkins, which has built a major part of its business, critics say, out of cooking up ways to get around environmental and financial safeguards for mammoth, taxpayer-financed sports projects backed by multibillion-dollar Wall Street behemoths.

Campaign disclosure records show Latham got a total of $83,064 from a political fund set up by the NFL team then known as the San Diego Chargers to mastermind the ultimately failed ballot measure that would have diverted hotel tax funds to pay for a $1.8 billion downtown stadium. 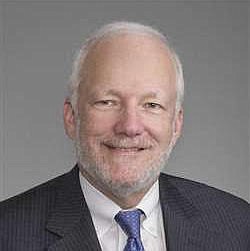 Before that campaign was launched in 2016, Latham partner George Mihlsten announced in 2015 that a plan favored by GOP mayor Kevin Faulconer and his city-council allies to build a new Chargers stadium in Mission Valley was "doomed to face years of litigation," as reported by Sports Business Daily.

A longtime denizen of L.A.'s world of influence-peddlers and political maneuvers, Mihlsten was named one of the city's top ten power brokers, the Wall Street Journal has reported.

"We've historically gotten a lot of work on NFL transactions, having represented the NFL and [worked on] other proposals to actually develop a stadium in the Los Angeles area," Mihlsten told Law360.com in July 2015.

Another key Latham client has been the United States Soccer Federation, which last year was challenged by female players, alleging they had been discriminated against when it came to pay. 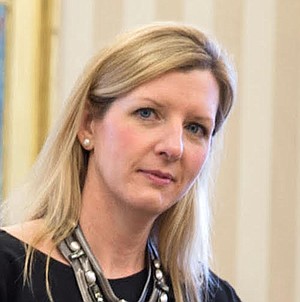 "Any differences in the compensation," said Latham lawyer Kathryn H. Ruemmler, "are driven by factors other than gender." The bitter dispute was covered by 60 Minutes in November.

"I was aware of some level of discomfort," said chief executive Dan Flynn, who was counseled by Ruemmler before answering questions from a senate committee regarding how much he knew and when he knew it before the scandal broke.

"But it was all a general feeling. So, I had no hard evidence and we wanted to continue to participate in trying to influence [the Fédération Internationale de Football Association] as one of 209 members."

Now, insiders say, Latham has been retained to come up with a strategy for FS Investors and sell it to San Diego city hall for what is expected to be a giant financial windfall to the developers.

According to a January 19 disclosure filing with the city clerk's office, Latham has been retained by FS to seek city "support for entitlement and repurposing of the Qualcomm Stadium site for mixed use development."

The firm appears well positioned to gain entry to city council and mayoral offices, its employees having given Faulconer a total of $14,200 in campaign contributions since 2009. The mayor has already endorsed the redevelopment plan after meeting repeatedly behind closed doors over the past year with promoters.

Termed-out Democratic city councilman David Alvarez, who has announced a race for a supervisorial seat, has received $10,150 from Latham staffers, and newly elected city attorney Mara Elliott, a politically ambitious Democrat who likely will have a big say about the city's legal position regarding the FS proposal, got $2487 in Latham employee money for her 2016 campaign.

Scott Sherman, who has been touting the Mission Valley site for intensive development, got $2050, and fellow Republican Lorie Zapf took in $1400.