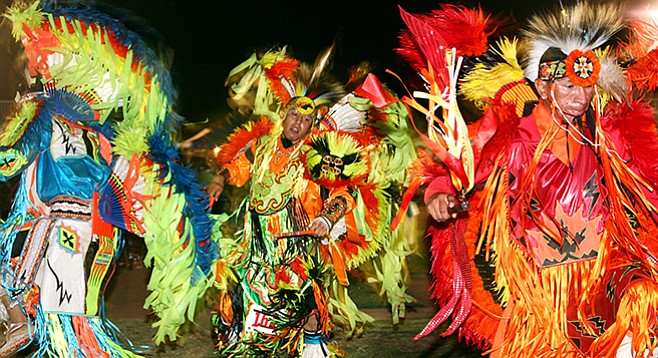 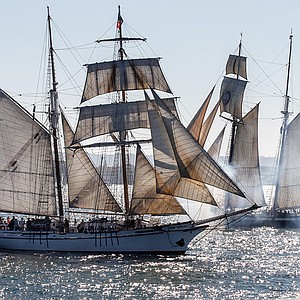 The Parade of Sail is visible from Shelter Island, Harbor Island, and the Embarcadero

More than 20 tall ships and other vessels from around the world will be on display August 31 through September 4 in San Diego Bay. The Parade of Sail on Thursday is visible from Shelter Island, Harbor Island, and the Embarcadero. The festival continues through the week at the maritime museum with a seafaring-themed street fair. 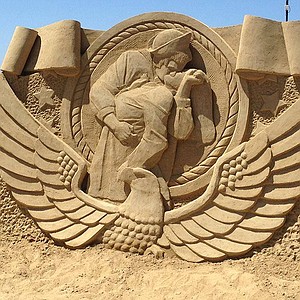 Master sculptors from Italy, Ireland, the Netherlands, Russia, and Canada will challenge the best from the U.S. to earn their share of more than $60,000 in prize money. The sculptures will be about halfway done on Friday morning (the carving started on the previous Wednesday). There’s also a three-person team competition — most of that creating is done on Saturday and Sunday. A Dimensional Art Exposition offers 1000 original works of art in metal, wood, glass, jewelry, acrylic, and fabric for your perusal. Plus entertainment (big bands, singers, dancers, circus performers) and a KidZone (with sand-sculpture classes, bubble fun, and European bungie). 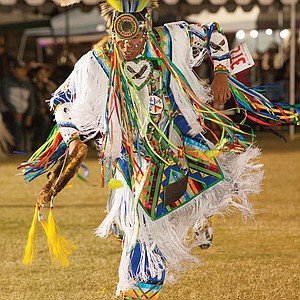 Over 1000 Native Americans of all ages will showcase their dancing skills and musical talent and compete for over $75,000 in prize money. With authentic Indian tacos and other dishes, Native American arts and crafts, and dance exhibitions (including the Fancy Shawl Dance and the Grass Dance). The event is at the Barona Sports Park on the Barona Indian Reservation, one mile north of the resort. Free shuttle service is available. The three-day cultural celebration kicks off Friday with Gourd Dancing at 6 p.m. and a grand entry of dancers in colorful regalia at 7 p.m. Event continues on Saturday and Sunday at 1 p.m. 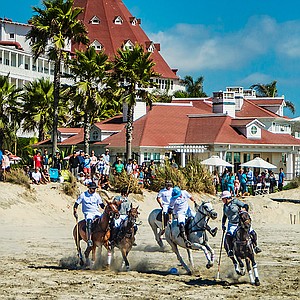 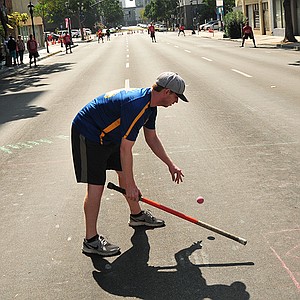 Watch the teams swing it out in Little Italy

This East Coast sporting pastime is celebrated each year in San Diego’s Little Italy and brings players from all over the world, including New York and Puerto Rico, to honor the traditions of the game and play for King of the Block bragging rights. Watch the teams take a broomstick, table leg, or any other kind of bat-like stick to a rubber Wilson ball and swing it out. On India Street from Ash to A Street and Columbia Street from Beech to Cedar. Also on Sunday. 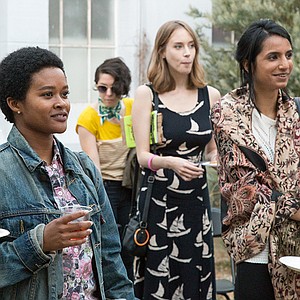 Films from over 30 countries aim to “indoctrinate equality, independence, and empowerment.”

From the promoters: “It’s the only traveling festival that showcases exclusively feminist experimental art and narrative work. Let us lead you into the underground world of feminist inter-sectional art, music, and celluloid fantasies…this particular programing will merge women using occult ideology and notions of the phrase ‘witch’ as a way to indoctrinate equality, independence, and empowerment.” With films from over 30 countries in categories including Documentary, Experimental, Narrative, Horror, Female Sexuality, and Psychotropic. Seed & Spark hosts a crowdfunding workshop at 2 p.m. — learn how to acquire funding resources for your film. Vegan catering by Rancho’s Cocina and performances by Iress and Spare Parts for Broken Parts at 6 p.m. 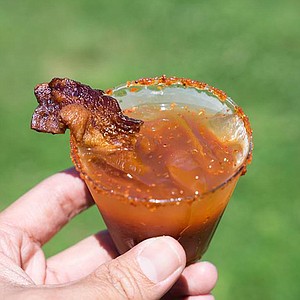 In celebration of International Bacon Day, this all-inclusive feast centered around America’s favorite porky pleasure features bites prepared by local chefs and beverages from local breweries and distilleries. Proceeds benefit It’s All About the Kids Foundation, a local nonprofit. 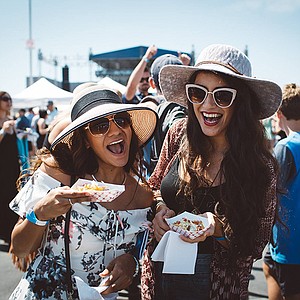 Forty restaurants and food trucks will compete for Best Taco

Tacotopia at the Track

Tacotopia at the Track

The search for the best taco continues at the second Tacotopia at the Track. Try tacos from more than 40 restaurants and food trucks from San Diego, TJ, and L.A. as they compete for your vote. Each attendee will be given a token to place in the voting box of their favorite vendor. Winners will be announced at the end of the event. While you eat your weight in tacos, enjoy live music and the excitement of the races, included with admission.