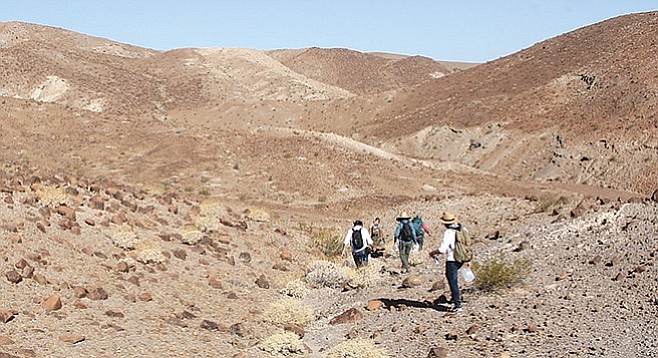 And was the crossword puzzle gimmicky? 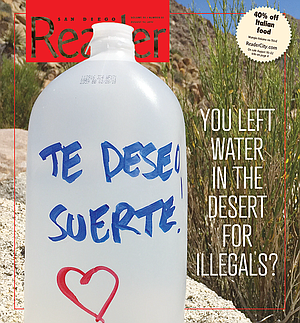 So who says that our fearless leader is not being (somewhat) effective? Just read the first column of last week’s cover story about the Border Angels and their volunteer base uniting together to assist the immigrants who trek to a better life.

What about the social-media moguls getting together and shutting down the KKK websites to hinder their hate propaganda? What about a clever bumper sticker with a statement “Elect a Clown, Expect a Circus”? Now that’s funny; it made me chuckle. Well, I did not vote for the clown, but as an eternal optimist I’d like to look for the silver lining. Your cover story confirms my hopes.

Irony as a Literary Device: Look It Up

All those people who wrote letters to the Reader protesting the Border Angels story are stupid. I know that’s why you print them. You let their words speak for themselves. Didn’t they understand the irony of the headline? It was in the voice of a Trumpian bigot! Google “irony as a literary device.”

I appreciated last week’s article describing the important and hard work of the organization Border Angels. The author provided an in-depth portrait of their work to provide water and other services to those crossing the border through the desert.

However, I found the article’s title to be disrespectful and gratuitously sensational, not to mention totally disconnected from, and misrepresentative of, the article’s actual content. Border Angels works tirelessly to preserve dignity for those crossing the border; using the word “illegal” to describe actual human beings totally undermines this work. Words are important. This title should not have been chosen for this article that otherwise largely seems to treat humans with compassion, and the descriptor “illegal immigrants” should not have been used inside the article.

I felt that use of this word on the Reader’s cover was just meant to draw attention, even if it’s the wrong kind of attention. I expected more from the Reader than lazy click-baiting. I hope that in the future the Reader will use its media platform to be an active partner in helping our community to humanize and care for one another.

How Much Did Those Little Sisters Get? 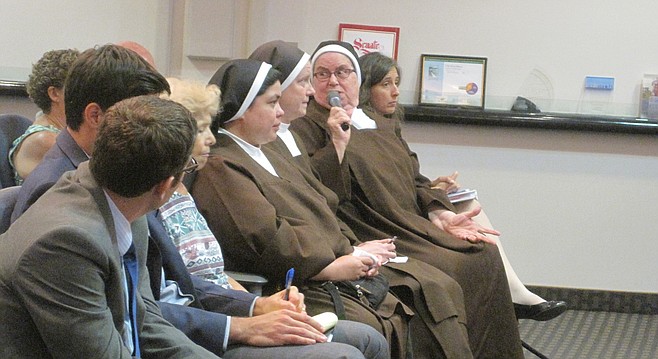 Sister Barbara said, "I came to Little Flower in 1965 and may have served your grandparents.”

Regarding the article about the Little Sisters (etc.) and their package problem on the $6,000,000 sale of their facility purchased in 1938: considering the fact that “religimums” in ’murica receive $7,000,000,000 each year in local, state, and federal government handouts, I wonder how much the Sisters got over their 79 years of ownership?

Then there is the capital gains tax due upon sale. All the while receiving public services (fire, police, garbage collection, etc). A consideration also is the massive wealth of the Catholic Church despite ongoing revelations of payoffs for pedophile priests and other abuses.

Why nineteen pages for weed ads? Thirty-seven ads in your August 17 edition. Being a local surfer for many years…pot has destroyed so many lives of civilians and boarders around the world.

I guess you need this large group of ads to make your magazine profitable?

Crossword Puzzle Not Up to Standards

Hey, last week’s crossword puzzle was gimmicky. C’mon, guys — you can do better than that. Have a great day!