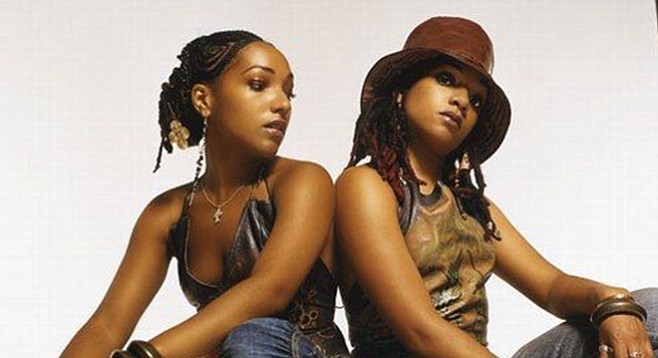 Jazzy French afrobeat duo Les Nubians is on their Up Close and Personal tour, celebrating 20 years of being one of the few French-language musical groups to score hits in America, like the R&B-flavored “Makeda,” from their Grammy nominated 1998 album Princesses Nubiennes. The music made by sisters Celia and Helene Faussart, who grew up in the politically and musically fertile African country of Chad, is informed by their heritage, as the daughters of a black nurse from Cameroon, Africa, and a white Jewish father from northern France. Their appearance at the Belly Up on September 19 is being billed as “an intimate musical and visual experience featuring live visuals and storytelling,” including new tracks from an upcoming 20th anniversary EP said to include lyrics sung in both French and English, with sessions so far taking place in Detroit, Paris, New York City, and Cameroon. Local folk-rockers the Steph Johnson Band will open. 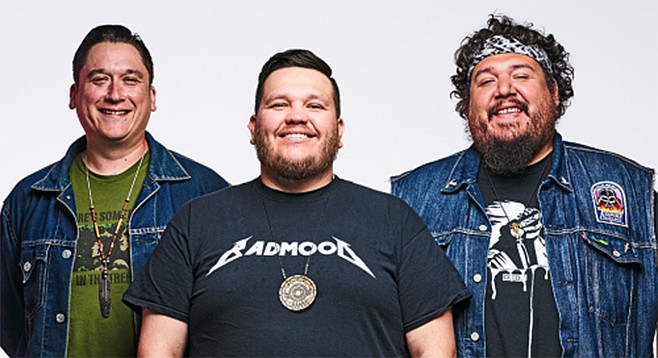 Canadian production-DJ crew A Tribe Called Red has been mixing the percussion-heavy sounds of their native aboriginal culture with hip-hop and modern electronica since 2010, earning a Juno Award (the Canadian Grammy) in 2014 for Breakthrough Group of the Year. Featuring DJ NDN, Bear Witness, and 2oolman, their live shows are complemented by a Pink Floydian backdrop of video images illustrating the political and pop-culture talking points of their lyrics, including clips of stereotypical Hollywood Indians as portrayed by Caucasians. They’ll be plugging two releases from last year when they play the Music Box on October 25: their album We Are the Halluci Nation and an EP called Stadium Pow Wow. Whatever you do, don’t show up wearing native headgear, war paint, or clothing as seen on their albums, unless you share their heritage. They consider non-aboriginals doing so to be cultural appropriation, and they’ve been known to call violators out from the stage, not to mention pulling out of gigs over any perceived anti-aboriginal tendencies or connections on the part of promoters. Best leave your Cleveland Indians, Washington Redskins, and Atlanta Braves shirts and caps at home, too, again unless you’re a native reclaiming such imagery by wearing it, as the band sometimes does onstage. One member helped launch a campaign to rename a youth football team in Ontario called the Napean Redskins, and the group has long been associated with Idle No More, a Canadian protest movement that promotes indigenous sovereignty and environmental protection. 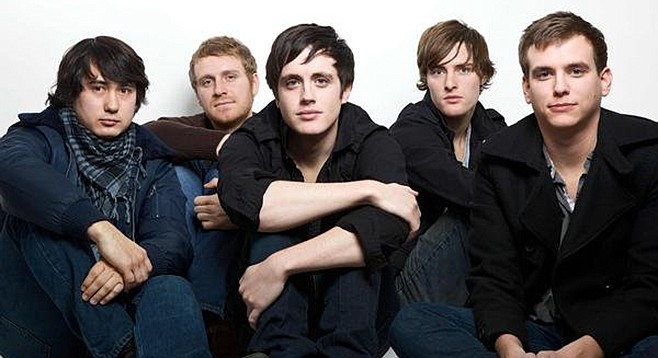 Formed in 2006, Charlottesville, Virginia, pop-rockers Parachute was first heard by many when Nivea skincare commercials started using hum-along earworms like “Under Control” and “She Is Love,” part of an endorsement deal that landed them on the televised New Year’s Eve stage in Times Square alongside Taylor Swift and the Jonas Brothers. Having spent over a year touring in support of their Wide Awake album, the band’s October 29 appearance at the Irenic is being promoted as an “intimate acoustic evening” featuring co-founding trio Will Anderson, Johnny Stubblefield, and Kit French performing stripped-down versions of tracks from all their releases. Looking over recent set lists, they recently debuted a new song called “Tell Me That You Love Me,” as well as adding “What Breaks My Heart” to their live shows for the first time, and they also occasionally cover “That’s What I Like,” by Bruno Mars. 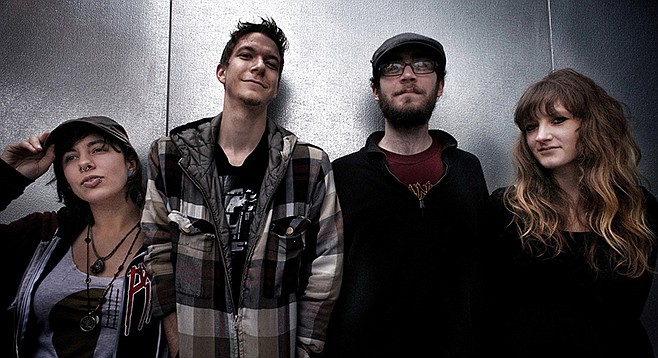 Dreadnought brings their schizophrenic sound to the Casbah, just in time for Halloween

Colorado Springs–based Dreadnought is touring in support of their third release, A Wake in Sacred Waves, due to drop shortly before they play the Casbah on Halloween eve, October 31. The co-ed foursome has a somewhat schizophrenic sound, veering toward fuzzy punk metal but with occasional slices of New York sax. The vocals sometimes rumble with singer-guitarist Kelly Schilling’s doom-metal growls, and at other times keyboardist-singer Lauren Vieira’s voice rings more like female-fronted classic rock bands such as Heart or Shakin’ Street. Add the occasional flute or mandolin passage, and you’ve got something akin to the sound that once earned an unlikely Best Heavy Metal Grammy for Jethro Tull, as if that much-maligned band were fronted alternately by Kate Bush and the guy who announces incoming and outgoing Greyhound buses over a busted loudspeaker. The new album spreads a mere four songs out over 50 minutes, for an expansive Opeth-like production that will surely please all the prog blogs who fell over each other with praise for their previous release, Bridging Realms, a decidedly less polished effort that more slavishly displayed their original psychotropic Sabbath obsession. The bill includes female-fronted Bostonion prog metal rockers InAeona. 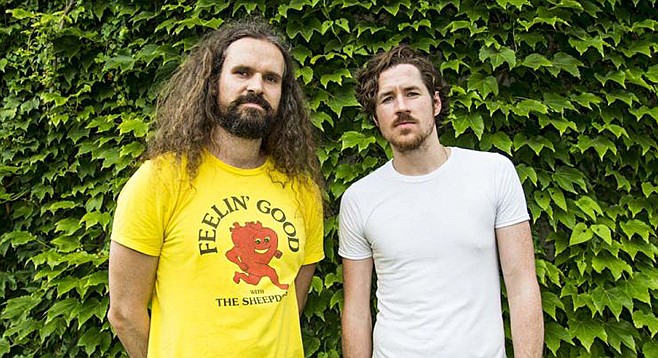 Speaking of schizophrenic bands, Black Pistol Fire splits their non-touring time between Toronto, Canada, and Austin, Texas, two wildly different but equally inspirational environments in which to develop. Founded by lifelong friends Kevin McKeown and Eric Owen, previously of rock-and-roll trio the Shenanigans, their first four albums impressed many with their blend of classic rock grooves ala Creedence and the driving beat of more contemporary rockers like the White Stripes, whose producer Jim Diamond was recruited to work on their self-titled 2011 debut. Their love of all things vintage was evidenced by a Little Richard tribute EP, Shut Up!, and FM radio has embraced modern-rock singles like “Dimestore Hearththrob,” which topped several 2014 “Best Of” lists. They’re still touring in support of last year’s Don’t Wake the Riot full-length, with one of the final dates taking place at the Casbah on November 29.