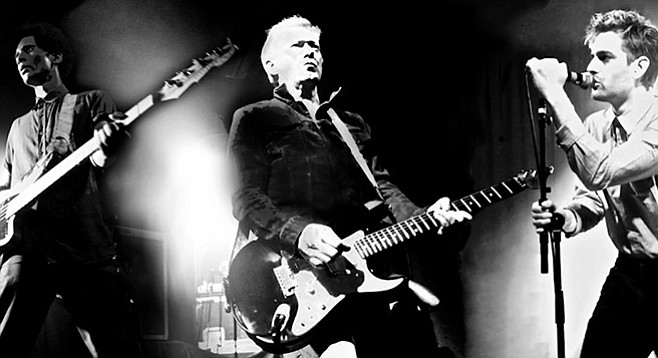 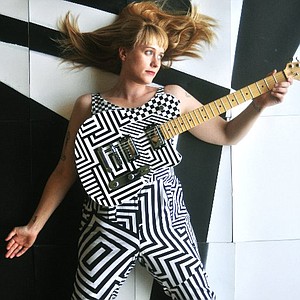 Sunday 16
Wye Oak’s lady part, the singer/shredder Jenn Wasner, has released a solo set under the name Flock of Dimes, a synth-pop record called If You See Me, Say Yes. I haven’t heard it, but NPR says it “has a way with softly swaying pop songs.” Your Friend opens the Soda Bar Sunday-nighter...“Cruz Radical is revolution.” The local punk-n-roll quartet plays a record-release for their new self-titled record at Whistle Stop with DFMK and the Grids in support...whilst Tacoma indie-pop duo He Is We — Rachel and Trevor, together again — plays Casbah. 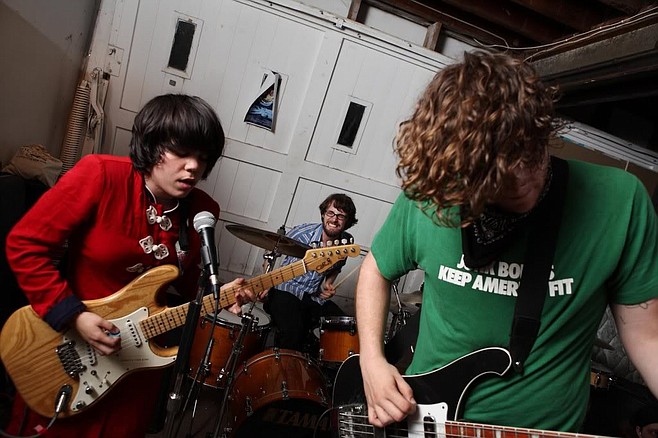 Tuesday 18
Gang of Four guitarist Andy Gill sounds in top form on the British post-punk band’s new record, What Happens Next, and with a complete overhaul of the group, Gill cites the album and tour as an opportunity to “reimagine Gang of Four from the ground up.” Hard to get past Gill’s angular guitar, and new singer John Sterry sounds a lot like original singer/lyricist Jon King, so maybe not so much from the ground up as from the roof down? Chucking all that, Gang of Four is still a blistering band onstage. They play Observatory North Park with Saddle Creek indie-rock act the Faint on Tuesday.... Everyone’s fifth favorite Jersey band, Screaming Females, play Soda Bar behind their latest “blistering-yet-mannered rock onslaught,” Rose Mountain. The Onion’s AV Club goes on to call Rose Mountain, “a fusion of everything the band does best: slick, jaunty rhythms with sharp lyrics that feel intimate even when they’re abstract.” It’s in the Onion. Truth. The Philly-based rennaissance artist Camae Ayewa, aka Moor Mother, opens the show. What’s that? Oh, Misfits, Yo La Tengo, Wrens, and Bruce, of course.... NYC’s Latin soul-funk collective Quantic brings their 1000 Watts tour to Music Box after our own brass attack, the Sure Fire Soul Ensemble...indie-rock outfits Young the Giant and Ra Ra Riot kick off a two-night stint at the Observatory...and Mexican metal band Brujeria and San Diego’s own Cattle Decapitation split a grindcore bill at Brick by Brick. 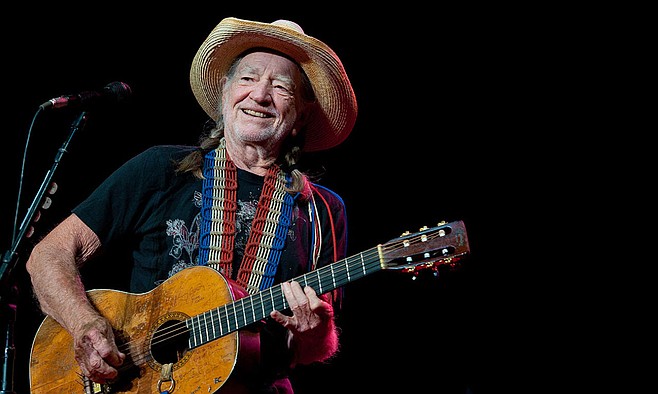 Texas troubadour Willie Nelson and Family roll the biodiesel bus out to Humphreys by the Bay on Wednesday.

Wednesday 19
Six decades in the business, more than 200 albums, and at 83, Texas troubadour Willie Nelson still gets more done before breakfast than we do all day. Dude’s writing best-selling books, making movies, earned a fifth-degree black belt, started his own cannabis company (Willie’s Reserve, if you partake), he hosts music festivals like Farm Aid and the Luck Reunion at his Luck Ranch, and is seemingly always on the road with the Family band. Which is what he’s up to this week, and he’ll make a stop in his biodiesel-fueled bus to play Humphreys by the Bay on Wednesday.... It’s the final night to watch the presidential candidates debate for your vote, and Whistle Stop’s got it right, following the screened proceedings with a Cure night, including a Cure cover band.... Otherwises: garage-pop Canada band JPNSGRLS “continues its assault on vowels and musical fads” (NME) with this year’s Divorce. They’ll do that at Til-Two...while indie-rock Iowans Holy White Hounds take the Casbah stage behind this year’s shiny shiny Sparkle Sparkle.