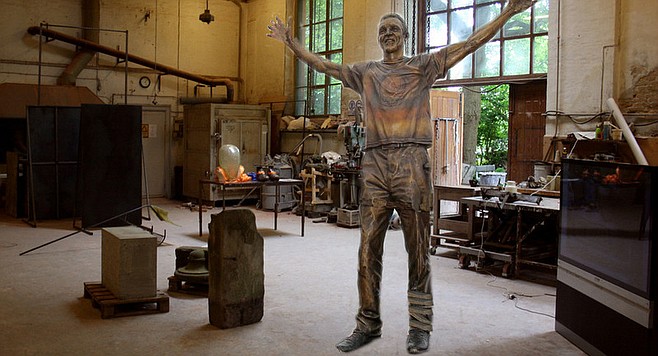 Sad news out of Ski Beach: only two weeks after its unveiling, Alessandra Black’s statue honoring local legend Bill Walton will have to be taken back to the shop. Recent signs of buckling and stress along the 1200-pound, nearly seven-foot statue indicate that unless “serious reconstructive work” is undertaken, the statue may bend or even collapse. 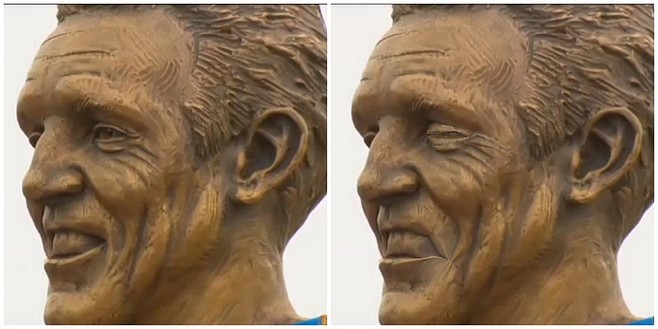 The Walton Wince: Passersby first suspected trouble when they noticed that the statue’s facial expression had gone from a cheerful grin to a pained grimace.

Observes basketball statue writer Bob Parquet of ESPN.com, “I’m shocked. The Walton statue was easily the greatest basketball player monument ever to come out of San Diego. In terms of style and aesthetic power, it ranked with the Larry Bird statue at Indiana State, the Kareem Abdul Jabbar statue at the Staples Center in L.A., and even the Michael Jordan statue outside the United Center in Chicago. There is no reason why it shouldn’t have stood for decades, a joyous celebration of the two-time NBA champion and possibly the greatest college basketball player of all time. It really seemed like a statue worthy of a man who led UCLA on its 88-game win streak. But sometimes, what looks like a sure thing from the outside can be hiding some real interior problems. Looking back, it’s clear the artists should have paid more attention to the issues encountered at the start. They had breaks in the nose, foot, wrist, and leg but they thought that a combination of patches, pegs, and pins would provide a workable fix. Now, it’s clear that they were mistaken, and they may have to consider fusion casting. It’s either that or an early retirement for the Big Guy. It all seems a shame, somehow; I’d call it a tarnished legacy, but I don’t know if bronze tarnishes."

For his part, Walton himself seems to be taking the whole thing in stride. “I’m not bitter,” he says good-naturedly. “How many people get a shot at ever having a statue as great as this one, whatever its flaws? Sure, there’s disappointment, but I consider myself extremely fortunate. As Bob Dylan said, ‘It ain’t no use to sit and wonder why, babe, so don’t think twice, it’s all right.’"