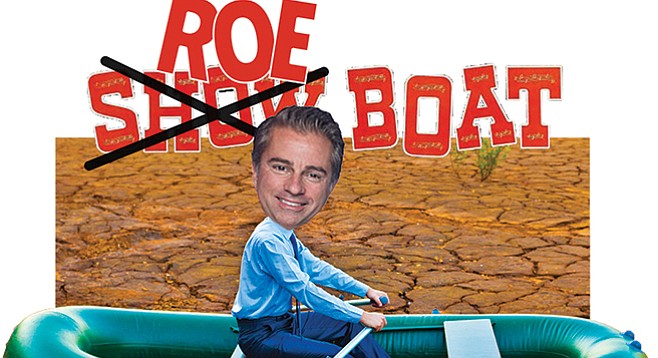 Ethics and conflicts of interest

Due to his position as chief political advisor to Republican mayor Kevin Faulconer, GOP campaign guru Jason Roe is used to having plenty of clout around city hall. But last year Roe was singled out for questions about ethics by Chargers special counsel Mark Fabiani, who wrote a letter to Faulconer complaining that Roe’s lobbying on behalf of food-vending giant Delaware North raised the specter of impropriety in the mayor’s office. Fabiani’s allegations never caught fire, though Roe quietly quit the lobbying business a few months later, soon after Faulconer’s administration awarded Delaware North a lucrative food-and-beverage contract for Qualcomm Stadium.

Now city documents show Roe has developed a bit more than an email’s-length relationship with the official city body that oversees issues including conflicts of interest and campaign fundraising. The revelation comes in the form of emails between San Diego ethics commission executive director Stacey Fulhorst and Roe regarding an invitation to appear at a campaign funding seminar being presented by the commission in April. “Felipe Monroig essentially told me to shamelessly beg you to participate as you would be an outstanding addition to the panel,” said Fulhorst to Roe in a December 23, 2015, email. Monroig, the mayor’s deputy chief of staff for “community engagement,” was previously head of the San Diego County Taxpayers Association, a registered lobbying group backed by special interests including the building industry and the city’s big three hotel moguls, all major money campaign players.

“Obviously far off but I’m willing if it works schedule wise,” replied Roe. Emailed Fulhorst on January 11, “We’re going to be finalizing the invite within the next week or two so I need to nail down the panelists. Do you think you’ll be able to participate?” Roe, now set for the event, was subsequently retained by the ailing presidential campaign of Republican Sen. Marco Rubio of Florida, who some backers fear could be out of the race by April 28, the day of the ethics seminar. Meanwhile, he is also handling Faulconer’s reelection bid against a host of less-well-funded challengers, including lifeguard union head Ed Harris and ex–Democratic assemblywoman Lori Saldaña, now an independent.