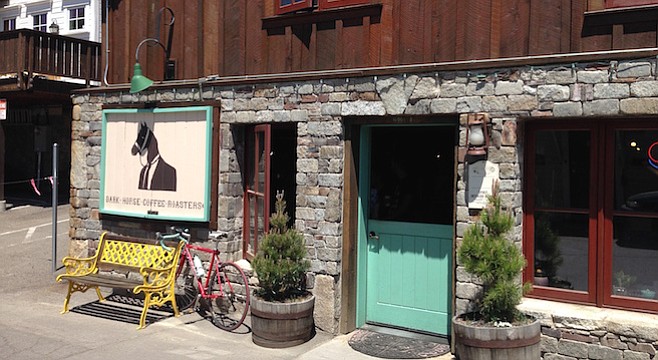 A Dark Horse in Truckee

By my latest count, there are no fewer than 37 active coffee-roasting businesses in San Diego county, and one San Diego-affiliated coffee roaster outside of San Diego County. Dark Horse Coffee Roasters became the first local roaster to expand outside So Cal in the summer of 2014 when it opened a shop in Truckee. Located about 15 miles north of Lake Tahoe, Truckee is best known for its proximity to several ski resorts and the notorious Donner Pass. Not the first place most coffee companies would look to expand to, but there's a story behind the move. 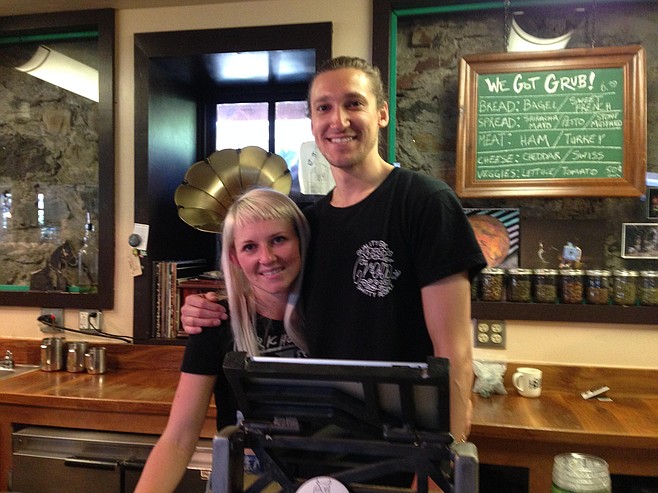 Drew and Cassidy Taylor operate the Truckee location in partnership with Dark Horse founder Daniel Charleson, but their connection to San Diego coffee goes back a bit further. The married couple met six years ago while both working at Bird Rock Coffee Roasters in La Jolla. Though he didn't roast beans for Bird Rock, the experience working with Bird Rock owner Chuck Patton and quality control manager Jocylynn Breeland inspired Drew to began roasting at home.

"I got into roasting on a little popcorn popper at the house," remembers Drew, "I started trial and error — understanding what the coffee was doing. I picked Jocelyn's brain every now and then, Chuck's brain." Eventually, Drew left that job to travel, and when he returned, the original Dark Horse shop in Normal Heights was just about to open, so Drew stopped by to see about getting a job.

"When Dark Horse Coffee Roasters first started in early 2013, Drew Taylor was one of the very first employees that we hired," says Bryan Charleson, speaking on behalf of Dark Horse. "Daniel, owner and head-roaster, was working the shop all by himself until he could afford to hire someone. Daniel would start to roast a batch in the back roasting room, run out to the counter to help customers... Drew finally came in to the picture and alleviated some stress and helped grow Dark Horse into what it is today. We wouldn’t be where we are without Drew in those early days."

Before long, Drew and Cassidy discovered they were expecting, and started to consider moving to northern California to be closer to her family. "We were trying to decide if we were going to stay in San Diego, or move up north after we had the baby," Cassidy recalls, "Daniel basically said he wanted us to be a part of the business: 'Find a location wherever you wind up, and let's put a Dark Horse there.'" 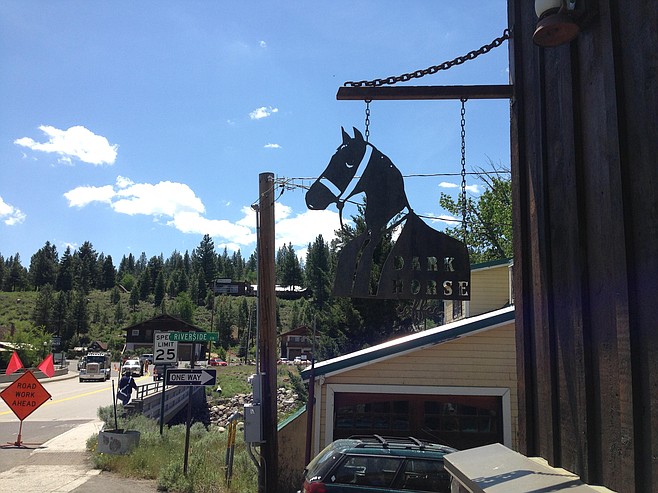 "We visited when we could throughout the build-out, and backed them with anything that they needed because we really believed in Drew and Cassidy," Bryan adds. "Also, Truckee was in dire need of a great coffee roaster at the time."

Drew roasts beans in a space more resembling a ski lodge than any San Diego café — though for locals, the main point is availability of fresh roasted beans. "As far as specialty roasting goes," Drew says, "we're really the only ones in Tahoe doing it."