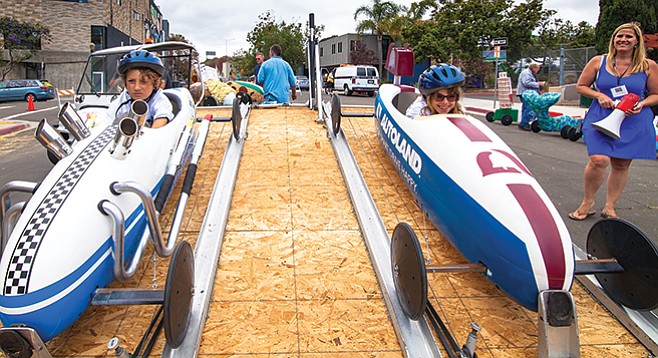 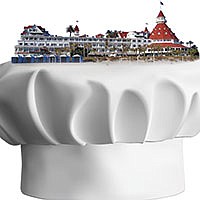 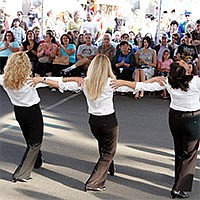 Shadowy Men On a Shadowy Planet 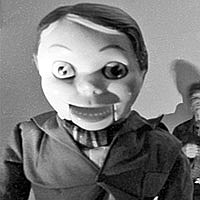 Toronto’s Juno Award–winning instrumental rock trio is best known for their song “Having an Average Weekend,” aka the Kids in the Hall theme song. “We don’t even think of that song as being the Kids in the Hall song,” says the Shadowy Men in a preshow chat with the Reader’s Dryw Keltz. The 30-year-old Canada band hits the Hideout on Saturday. 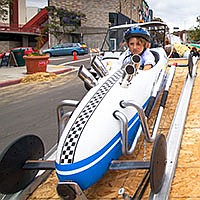 Showcasing the accomplishments and talents of San Diego county STEAM (Science, Technology, Engineering, Arts and Math) enthusiasts. This event features a “silly soap box race,” STEAM vendors with activities for children, live music, and a beer and wine garden. New this year is the “Anything Goes” race — adults will race in their own creative contraptions. 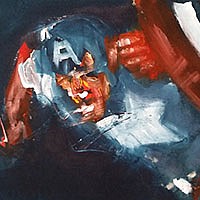 Larry Caveney will exhibit an array of abstracted superheroes and villains in his solo show. From the artist: “As males in the world of art, we have a tendency to maintain our own position of power or that persona of power or youth, where in reality it’s lost to time and gravity. The piece speaks to that false façade. That’s why I use the idea of ‘the artist as fool’ in most of my work. Basically, I poke fun at my own self and superheroes/cartoons that I studied in comic books. As a white male, in this state of culture, I think that’s all I have to work with...” The show runs June 11 to August 21. 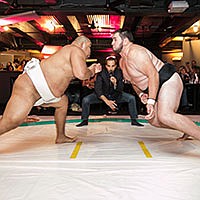 Eat sushi, sip sake, and snap photos after the event with World Sumo Champions. This 90-minute sumo show features three-time World Sumo Champion Byambajav Ulambayar and highest-division Pro Sumo All-Star Yama, one of the heaviest Japanese humans ever. While a pro sumo emcee explains the rules, technique, and sumo culture, you can cheer on your favorite wrestler as these massive athletes smash together. U.S. Sumo Open is billed as “the largest annual sumo competition on Planet Earth (except for Japan).”

San Diego Festival of the Arts 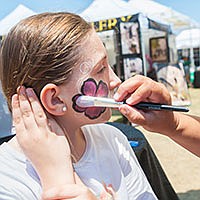 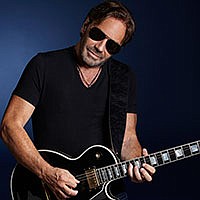 For more than 40 years, the Jersey-born jazz-fusion guitarist has been recording and touring his soft-rock heart out. Di Meola talks to Reader writer Andrew Hamlin about his underappreciated genre (except in Europe, apparently) and his new record, Elysium, which brings him to the Music Box on Wednesday night. 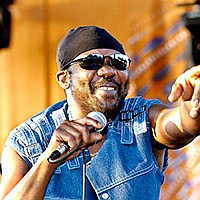 Before there was reggae, there was reggay, and there was Toots Hibbert. Dave Good traces the history of Toots and his Maytals in this week’s Of Note. They play the Observatory North Park on Wednesday. 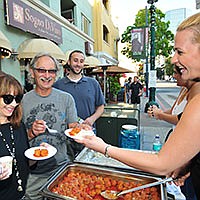 Each year the neighborhood’s one-of-a-kind eateries open their doors for food lovers to sample appetizers, entrées, desserts, and beverages. Ticket holders go from restaurant to restaurant with a Taste Passport, which lists the participating restaurant and each location’s menu offering. It’s an easy walk, with no shuttles required. Two routes are available — a south route and a north route — each featuring over a dozen restaurants. $36 prior to the event; $43 at the door. 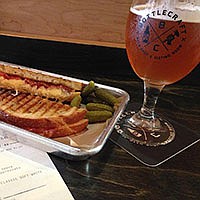 There’s a Venissimo Cheese counter in the back, and they serve gourmet grilled cheese. Sandwiches cost eight bucks if you go with the standard offerings. There’s brie with fig jam, cheddar with spicy apple jam, alpine cheese with onion confit...Ian Anderson goes with gouda and soppressata.