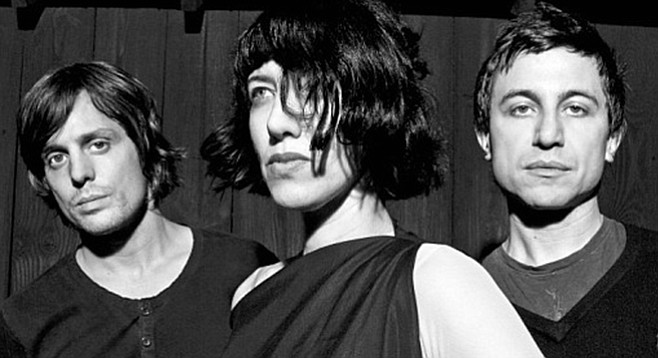 Autolux and Boris vs. Blink and the Cold War Kids 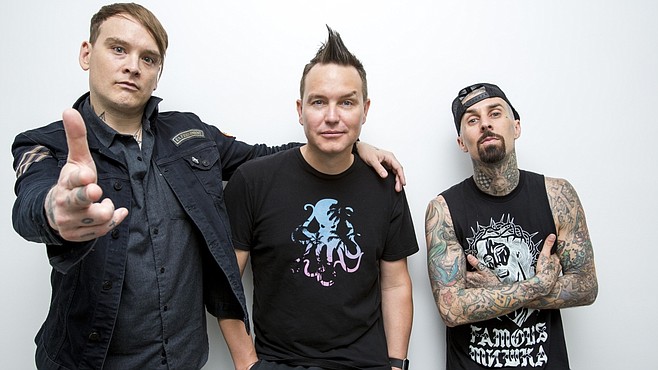 Thursday 21
L.A. alt-rock threeway Autolux takes the all-ages stage at the Irenic. After giving this year’s Pussy’s Dead a couple of jogs and a dog walk, I can tell you that the most human thing on the record is Carla Azar’s drumming. She steals the show, really, and the show is pretty engaging, like Radiohead’s Moon Shaped Pool, a conceptual techno-dystopic swat at popular anything. Which is weird, considering Beyoncé’s producer Boots helped the hibernators (they’ve been radio-silent for about six years) tie this thing together. Give it a spin, esp. “Soft Scene” and “Junk for Code,” and get up to North Park Thursday night. With one-man production machine Eureka the Butcher, aka Mars Volta’s Omar Rodríguez-López, opening the show, this one’s far and away the It show.... Else: the snot-punk trio from Poway, Blink-182, is back with a bang. July 1 saw the release of the rebuilt band’s seventh studio set, California, which debuted at number one on the Billboard charts, selling 200,000 copies despite a lukewarm critical reception. But Blink fans don’t read, they rock them naughty numbers, and they will surely pack the house when singer/bassist Mark Hoppus, drummer Travis Barker, and guitarist/singer Matt Skiba (formerly of Alkaline Trio) take the stage at Viejas Arena at SDSU on Thursday and Friday nights. All-American Rejects and A Day to Remember will open the shows...while right across campus on Friday night (a good night to stay off the 8), accordion kook-pop maestro Weird Al plays the Cal Coast Credit Union Open Air Theatre...and downtown, thrash-metal greats Slayer hit House of Blues for some Comic-Con–related thing. Make sure you’re properly geeked with credentials. 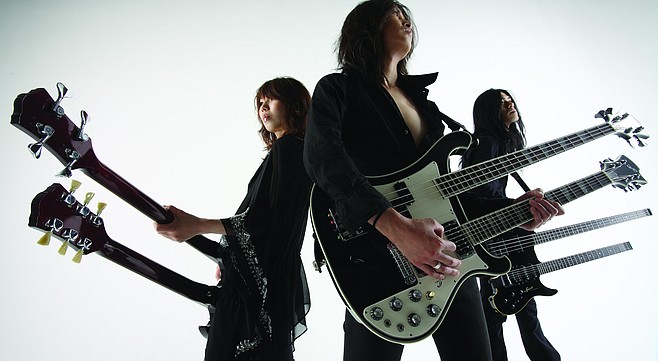 Friday 22
They call it “Four O’clock Fridays,” but the downbeat usually doesn’t come until much later after the Friday races at Del Mar. We certainly recommend arriving by 4p, though, if you want to beat the traffic that will no doubt be lining up to catch the first band in this season’s post-race freebie concert series, the Long Beach–based indie-rock band Cold War Kids. The Kids have been enjoying a little top-of-the-charts action with hit single “First,” their first to go gold since 2007’s “Hang Me Up to Dry”.... Around town Friday night, Japanese avant-metal trio Boris will color Casbah Pink. They will play that classic album in its entirety after drone stalwarts Earth...the always-entertaining Hollywood glam-rock band Prima Donna plays Til-Two with Telephone Lovers, Modern Kicks, and Dead on the Wire...Archons, Bonehawk, Loom, and Beira fill a loud-n-local bill at Tower Bar....Whistle Stop sets up Aussie rock-rollers Miss Destiny with our own Bosswitch and Fictitious Dishes. Cutting and pasting from the Bosswitch Facebook: “Bosswitch is a three piece fuzzed out rock & roll band comprised of Justin Cota (Gloomsday), Ryan Schilawski (Stalins of Sound), and Tom Lord (Badabing).” Despite the punctuation/grammar errors — wow! 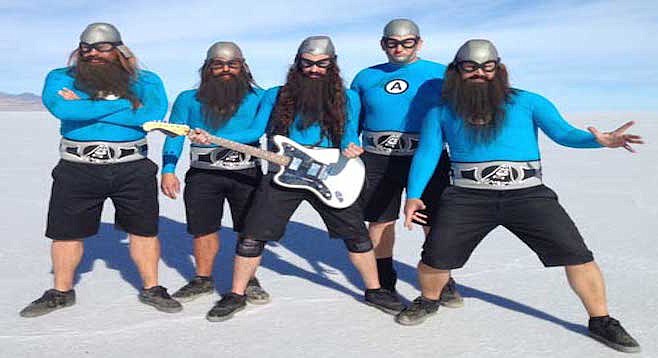 Toon-pop superheroes the Aquabats land at House of Blues on Saturday.