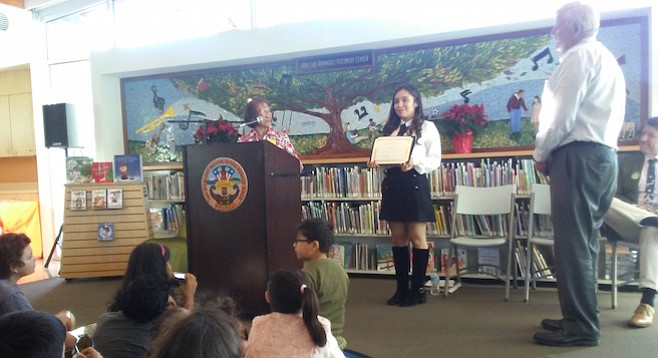 José Luis Rodriguez spent a lot of time and spread a lot of joy while he worked afternoons at the Lincoln Acres Library. He was getting ready to start college — he wanted to be a doctor, his mom says — and he encouraged the Lincoln Acres kids he helped with homework to consider that they could go to college, too. He was shot to death nine years ago on a Chula Vista street corner.

No one knows why — the murder investigation remains open. But José Luis's community decided that the appropriate way to remember his generosity and aspiration to go to college was by creating and awarding a scholarship to neighborhood kids. 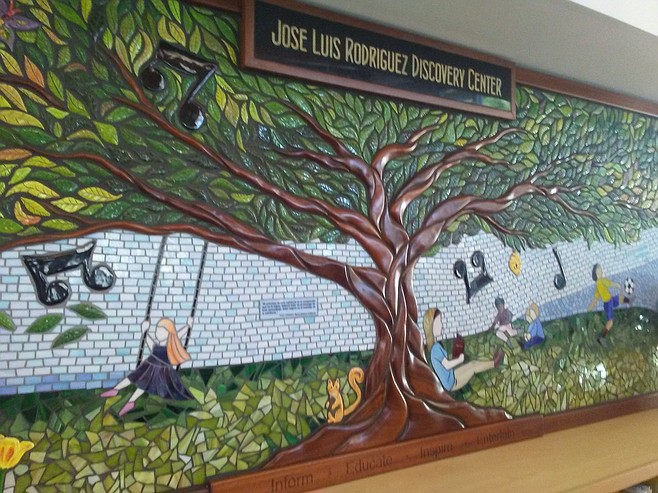 County supervisor Greg Cox presented the scholarship, as he has every year since it started.

Rodriguez was one of several shooting victims the night of November 23, 2007, minutes before his 18th birthday. He and a cousin had driven a friend home and he was shot in the head when he got out of the car to let the friend out. It was one of three random shootings in 40 minutes that night that left Rodriguez and another victim dead from head wounds. A third victim, shot at the Palm Avenue transit center, survived the shooting.

Police have never solved the crimes but believe they were committed by the same two men.

Lincoln Acres head librarian José Ocadiz knew Rodriguez. He said enough of the sadness has lifted that he remembers the youth as a force for growth and good in the community.