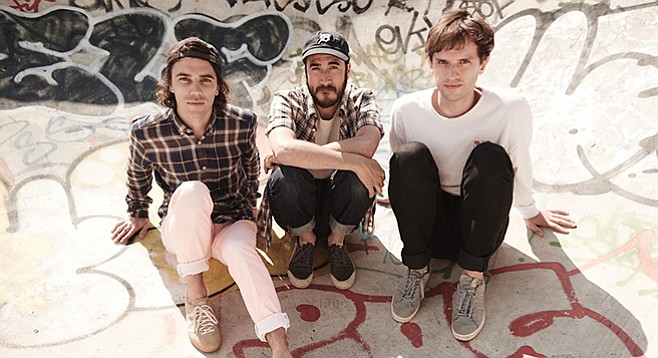 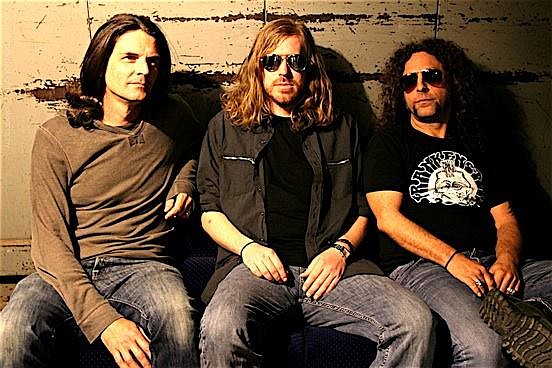 Sunday 28
“Super Stoner Rock” Jersey boys Atomic Bitchwax shine the Soda Bar stage with their “gargantuan riffs and jaw-dropping psych sonics.” The trio is touring in support of last year’s Gravitron, which according to music mag CMJ, “should be required listening for any heavy-metal guitarist...one of the heaviest and grooviest stoner metal bands to plug in and turn it up.” Memphis blues-rocking power trio Dirty Streets will open the show, so don’t forget your ear plugs and air guitars.... Else: from Austin, funk-and-soul sextet Black Joe Lewis & the Honeybears will plug in Electric Slave on the Casbah stage after Nashville rock-rollers Blank Range...while up in Solana Beach, L.A.’s “19-piece 1930s New Orleans orchestra” Vaud & the Villains perform their latest noir cabaret, Original Salvation, on the Belly Up stage. 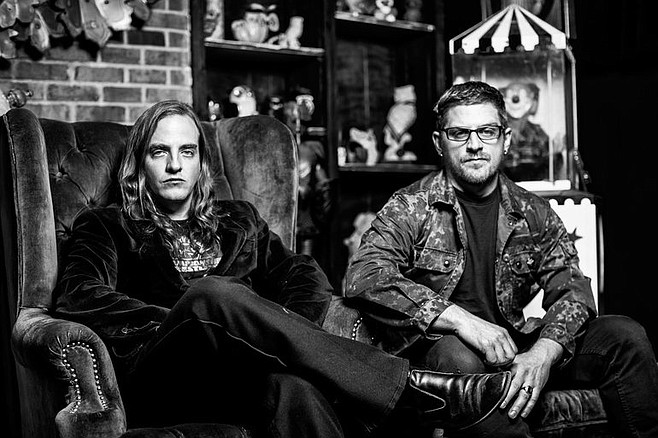 Monday 29
Aussie psych-rockers Jagwar Ma share that woozy-bluesy aesthetic with countrymen Tame Impala, which is nice, but add in the fact that this year’s anticipated Mom+Pop long-player Every Now & Then promises a Beasties bent and you betcha, brah. “One record we went back to while making it was Paul’s Boutique,” Jagwar Ma’s Jono Ma tells Stereogum. “The Dust Brothers work on that was immense, where they drew on little snippets from anywhere and mismatched things to create this tapestry, this mosaic of different sounds with different emotional reference points. That’s what was interesting to me.” Me, too. Jagwar Ma plugs in at Casbah on Monday.... Sac-town’s alt-metal perennials (30 years and counting) Deftones are touring in support of this year’s Megawatt record, Gore, a collection some critics are calling comeback album of the year — “their best since 2000’s shining White Pony.” According to Pitchfork, “As with all of [Deftones'] best music, it sounds like the brutal, beautiful result of the band being passionate enough to rip each other’s heads off.” Nice. Deftones take the stage at the Open Air Theatre at SDSU. Southern rapper Yelawolf opens the show.... Also on Monday: Soda Bar stages a cavity rattler, with metal heads He Whose Ox Is Gored and Bosswitch...soft-rock star Jackson Browne sold out his Humphreys show...but if you’re still looking to dial it back to that era in rock, the Undercover crew at the Office will be dredging up some Mississippi mud by Rock Hall of Famers Creedence Clearwater Revival. 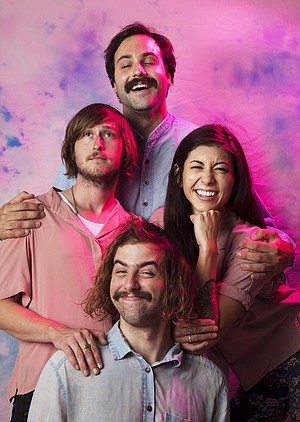 Tuesday 30
Pinkish Black is the musical duo of Jon Teague and Daron Beck, who play drums and keys, respectively. They are touring in support of last year’s theatrical Reprise record Bottom of the Morning, which Pitchfork calls “their grimmest and most triumphant album yet.” Huh. Pinkish Black will take the Til-Two stage on Tuesday...while Baroness and Pallbearer split a metal bill at the Observatory...jazzy post-rock guitarist Kaki King’s at the Music Box with our own Danny Green Trio...while this week’s Big Rock Show, featuring the newbie Doobies, the rejiggered Journey, and the actual, factual Dave Mason, sets up at Sleep Train Amphitheatre in Chula Vista.

Wednesday 31
L.A.’s favorite AM-pop throwback act Mild High Club convenes at the Hideout after Heavy Hawaii and the Lulls. The synthy Mild Highs are out to tout this year’s Skiptracing, a conceptual collection with a story arc that follows “a private investigator attempting to trace the steps of the sound and spirit of American music,” according to founder and creative force Alexander Brettin. Stop rolling your eyes, it’s good!... Glenn Hughes is a singing bass player from L.A.-via-England, but not just any singing bass player from L.A.-via-England. Hughes has been called the “voice of rock” and had the good fortune to share studio and stage with Deep Purple (with whom he was this year inducted into the Rock and Roll Hall of Fame), Stevie Wonder, and Black Sabbath guitarist Tony Iommi. Glenn Hughes “with special guests” and she-shredder Joanne Shaw Taylor will take the stage at Brick by Brick on Wednesday. Dave Good breaks it down further in this week’s Of Note.... Best of the rest Wednesday night finds Latin-rock favorites Santana at the Open Air Theatre at SDSU...L.A. hip-hop hit Nipsey Hussle at the Music Box in Little Italy...the Australian Pink Floyd plays Humphreys by the Bay with Led Zeppelin 2...and swing revivalists Squirrel Nut Zippers fly at Belly Up in Solana Beach after Rumproller.