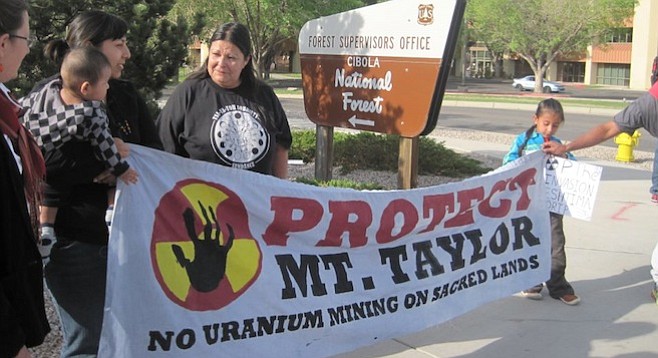 Called the Grants Uranium District, a dusty stretch of New Mexico's San Juan Basin near Gallup has the potential to make billions of dollars for a wealthy La Jolla family and its heirs.

But first they have to hold on to a permit to keep their mine there idle until the price of the radioactive mineral rises on world markets — and when that will be no one can predict.

Meanwhile, environmentalists are clamoring to close the place for good and clean up the unhealthy mess left by decades of pushing around giant piles of atomic dirt. 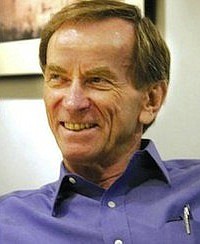 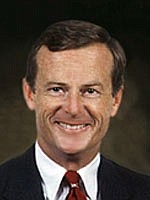 That's the gist of the battle over the fate of the Mount Taylor uranium holdings controlled by General Atomics, run by brothers Linden and James Neal Blue and their children.

The prosperous Torrey Pines–based defense contractor is currently most famous for making the Predator drone, but it has deep and longstanding interests in uranium mines across the American Southwest and in Australia.

Though the anti-Marijuana, red-blooded Republican Blues have been critics of Democratic president Barack Obama, they have benefited mightily from the CIA’s drone program and the administration’s opening of India to massive atomic power plant development.

And while they wait for the next uranium boom, the mining operation run by the Blue brothers is kept busy fending off demands for cleanups and closures.

"The Mt. Taylor Mine was developed in the 1970s by Gulf Mineral Resources Company and placed into production in 1980," says a report on the history of the operation by New Mexico's Energy, Minerals, and Natural Resources Department.

"Ownership was transferred to Chevron Resources Company in 1985 when the two companies merged. At the time of this application, the mine remains on standby after mining operations were suspended in 1990 due to the depressed uranium market."

By many accounts, the Blue brothers got a steal when they took over General Atomics from Chevron for $60 million in 1986.

Along with lots of military contracts, the deal came with plenty of land and uranium rights, including the sprawling Torrey Pines campus given to General Dynamics, the original owner of company, by San Diego taxpayers back in the 1950s.

But the new owners also inherited the firm's so-called zombie uranium operations, representing on paper at least, a substantial cleanup liability. For years, though, the Blues have kept regulators at bay and don't appear likely to concede much soon.

Because of the threat of further mining, the National Trust for Historic Preservation named 12,000-foot Mount Taylor to its 11 most endangered historic places list of 2009. 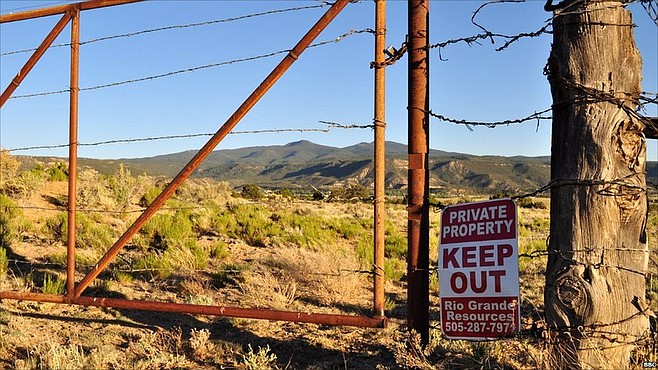 "It hasn't operated in 25 years, and pretending that it will operate in the future just prevents real cleanup in our communities," Susan Gordon, of the Albuquerque-based Multicultural Alliance for a Safe Environment, told the Associated Press after a hearing before state regulators.

Added Eric Jantz of the New Mexico Environmental Law Center: "Regulatory agencies either have to require these companies to do interim reclamation or they have to force them to fish or cut bait."

A decision is not expected immediately. Meanwhile, the Blues and their company continue to pour cash into campaigns, both local and federal. In 2014, General Atomics came up with a total of $696,450 for federal campaigns, according to OpenSecrets.Org, and spent $3.2 million for lobbying the U.S. government.

Linden Blue is also a kingpin of the local GOP, backing Kevin Faulconer and other Republican stalwarts here.

Shut the mine down and make the Blue(s) Brothers pay the cost. They invested and let them suffer the consequences of their investment. They are nothing more than corporate welfare rats.

Those brothers are a real pair, railing against the federal government as too big and intrusive while that same government keeps their company going and making them richer every day. They're avoiding remediation of other mining and processing sites in the southwest.

Oh, the Reader needs a newer pic of Neal Blue. That photo must be thirty years old, or he's discovered the key to eternal youth.

It must be terrible to live in Blue places like La Jolla and Rancho Santa Fe and yet be landholders of uranium-contaminated property that has proved deadly to Navajo Native Americans in distant New Mexico. In some areas of the Navajo reservation, water has to be trucked-in in plastic barrels, because what comes out of the tap is unsafe for human consumption.