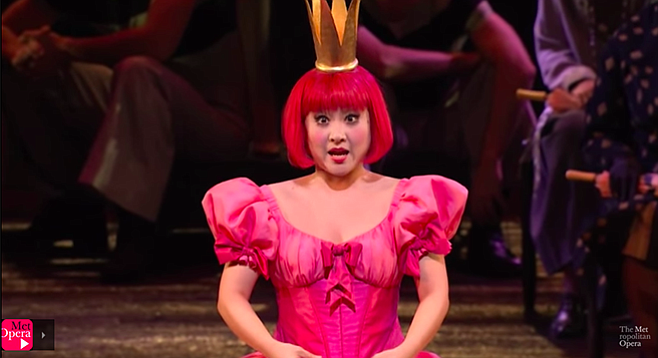 A soprano isn't just a soprano

Let’s talk about soloists and concert music. I’ve yet to be impressed with any soloists at any of the orchestras in town. I’ve found them all to be serviceable at best and miscast at worst. Why is this? The instrumental soloists have routinely been world class.

Before we get too far into this we need to clarify that finding the correct soloists for the correct music might be more difficult than it sounds. If the piece of music requires a soprano soloist, which type of soprano is appropriate?

Let’s use the Mass in C minor since it was just done at the Mainly Mozart Festival. To find the correct soprano for this mass we need to look to Mozart’s operas. We need look no further than the “big three.”

A soprano who has done Zerlina from Giovanni or Despina from Cosi would not be appropriate. A soprano who might sing The Queen of the Night would be a disappointment. That happens to be what we got at the Mainly Mozart Festival.

This might sound like splitting hairs, but I assure that it is not, and that this type of thing is a big deal to singers. Singers can spend years agonizing over whether or not they are a Donna Elvira or Donna Anna or a Zerlina. However, none of those sopranos would consider singing Aida or Butterfly let alone anything by Wagner. If they are considering Aida or Butterfly then it is in the distant future.

How legitimate is this? Renee Fleming is one of the greatest singers in recent memory. She was a formidable Mozartian soprano who sang almost 60 different roles by various composers throughout her career. She has never sang Aida, Butterfly, or Turandot and only sang one lead role in a Wagner opera.

No one would ever perform a violin concerto on a viola because it’s not the correct instrument. The same thing applies to singers and singing.

I’m not sure what the process is now for hiring soloists but, as mentioned, I am still waiting to be impressed with a soloist at an orchestral concert. Casting soloists for concert performances should not be immune to figuring out which voice type is correct.

Hopefully the clips included show an obvious difference in soprano voices. I hope it is clear that neither of these singers would attempt to sing the other’s aria.