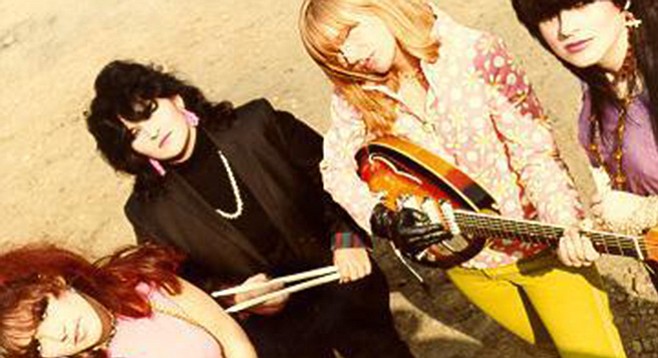 Casbah's got a killer three-night run, with Head Wound City, the Pandoras, and John freaking Doe 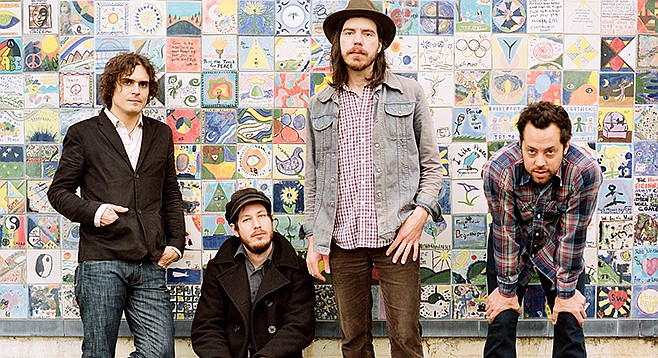 SanFran folk-rock band Vetiver split a bill with da Donks at the Irenic on Thursday.

Thursday 25
From the hinterlands of the shape-shifting freak-folk scene, singer/songwriter Andy Cabic and this year’s version of his SanFran band Vetiver take Complete Strangers to the Irenic. Unlike genre heavyweights Joanna Newsom and Devendra Banhart, who produce a sort of artisanal (which is, in its stylized way, more commercially viable) rock, Cabic here sucks on the folkie trope, “If it was never new and it never gets old, then it’s a folk song.” Cabic does to folk in 2015 what the Byrds did to it in the ’60s, make it pop. His influences are well chosen albeit obvious throughout the very listenable Strangers, but Cabic’s unsure voice remains the weak link. The goal differential — voice to songform — on top tracks “Stranger Still,” “Current Carry,” and “Loose Ends” won’t stop you from adding these tracks to your summer’s MP3 cache. With like-minded locals the Donkeys opening the show, fans of the folk-rock brand have their Thursday plans.... Not your cup of herbal tea, art-punk supergroup Head Wound City headlines sets at Casbah after Innerds and Crime Desire. Head Wound City is Justin Pearson and Gabe Serbian of the Locust, Nick Zinner of Yeah Yeah Yeahs, and Jordan Blilie and Cody Votolato from Blood Brothers.... Best of the rest Thursday night finds rock-rollers Jimmy Ruelas and Roxy Jones splitting a bill at Bar Pink...from Ireland, singer/songwriters Foy Vance and Ryan McMullan set up at Soda Bar for a night of pub rock...while the experimental bassist C.J. Boyd (Joyful Noise) finds the Hideout with local jazz-rock boundary pushers Kenseth Thibideau and Nathan Hubbard/Passengers. 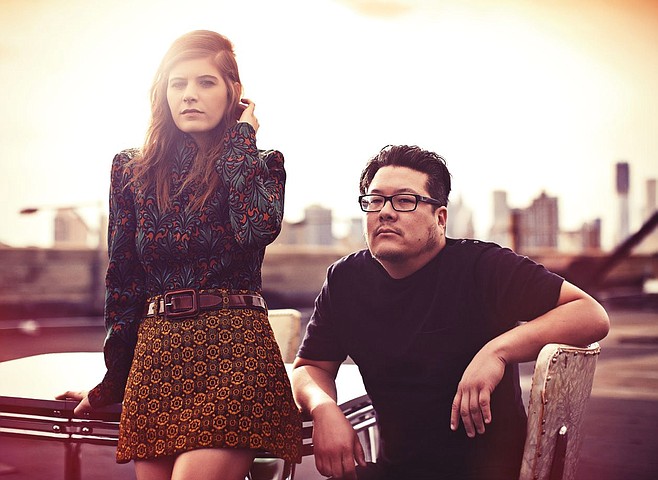 Friday 26
L.A. ladies the Pandoras join the Loons, Mighty Manfred & the Magnificent, and the Gargoyles at Casbah for a night of throwback psych-pop and soul-rock. Considered part of the Paisley Underground (Bangles, Dream Syndicate), the Pandoras are a garage-rock revival group from Hollywood that, like our Loons, look the part and rock outside the box, delivering something more than homage — a resuscitation? The Pandoras are warming up for this summer’s fest to get to, the Burger Records Boogaloo at Mosswood Park in Oakland, July 4 & 5. Guess where I’ll be July 4 & 5.... The beach-pop duo of Bethany Cosentino and Bobb Bruno, Best Coast, is touring in support of this year’s well-received California Nights, which hits with crits for adding a SoCal wall-of-sound (like a frothy ten-foot wave) to their typically “lo-fi garage-pop melodies and bubblegum kush.” Best Coast drop in at the Observatory after Dave Good’s Of Noted act, Bully, for what should be a fun one in NoPark.... Psych collective Wild Wild Wets headlines sets at Soda Bar in support of their debut full-length, 14th Floor. New Mexico, Soft Lions, and Max Pain & the Groovies open the show. Catch up with the Wild Wets in this week’s Dorian Hargrove–penned “The waiting game” Blurt.... Else: synth-punk trio Stalins of Sound join doom-pop duo Gloomsday at Whistle Stop...Thrash-metal also-rans Slayer headline a Sleep Train hard-rock riot called “Rockstar Energy Drink Mayhem Festival”...while Lolipop recording artists Burning Palms light up Hillcrest hideaway the Merrow after our own Glasmus, Sleeping Ghost, and the Slashes, which features members of the Cardielles and Muscle Beech. 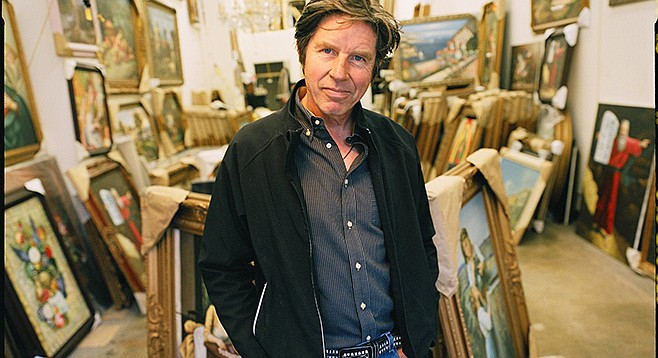 The X man and his John Doe Band take the stage at Casbah on Saturday!

Saturday 27
This Saturday marks the 36th installment of the O.B. Street Fair and Chili Cookoff. That’s a lot of beans, y’all. And there’s lots more to see, eat, and hear this year, so go here for a comprehensive rundown of the daze events: oceanbeachsandiego.com.... Saturday night: X man John Doe takes the stage at Casbah after Austin honky-tonker Jesse Dayton and Truckee Brother Patrick Dennis. I’ve had last year’s John Doe compilation The Best of John Doe: This Far stuck in the truck’s carousel for a few months now. Comfort food for the ears among a lot of post-punk pound and indie twizzle twaddle. It’s a job.... Miss the door in Middletown, “Motown grunge” band Flaggs play Bar Pink behind their new EP, Take a Ride. Suss out their kitschy-cool after-school-special video for the title track right now. Absolute grinner...indie-eclectic quartet Headphone jacks in at the Balboa (old Tin Can Alehouse) after Bakersfield alt-rock band Choirs...northa town, you’ve got Bootsy’s Rubber Band. That’s Bootsy Collins, kids. The man played bass for Parliament-Funkadelic and James Brown...and northeasta there, at Ramona Mainstage, one of my favorite blues-harp players, Rick Estrin and his band — last year’s blues band of the year, btw — the Nightcats. Download their latest live load, You Asked For It, for a taste of what’s in store up in the rurals.

John Doe. Damn! I haven't btohered to venture down to SD for a couple of years. But if I was in So Cal now, I would be at the Casbah and Don The Beachcomber for his shows.