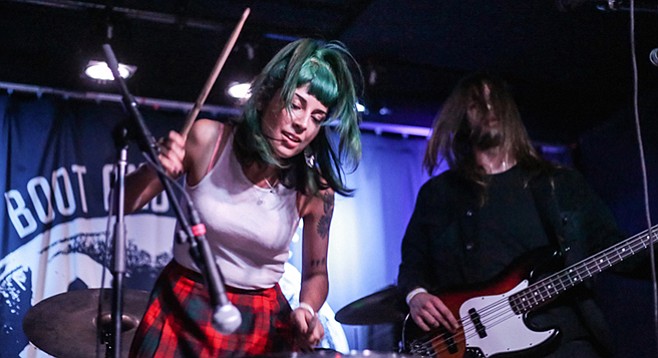 Comic-Con's on you, San Diego, recalibrate your cool at Casbah, Soda Bar, Hideout, and Brick by Brick 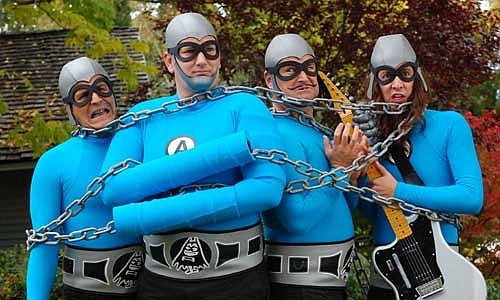 Them costumed crusaders of cable TV the Aquabats hit House of Blues on Thursday night!

Thursday 9
Aquabats frontman Christian Jacobs is also co-creator of The Aquabats! Super Show!, an Emmy-winning cable TV show that “follows a musical group of amateur superheroes as they haphazardly defend the world from villains and monsters.” Jacobs announced at last year’s Comic-Con that after three years the show had been canceled. The comedy-rockers raised their household stock with the children’s series and continue to shop it to other networks. Perhaps Jacobs will have happy news when the ’Bats migrate to town for their annual Comic-Con gig. They’ll split an “all ages welcome” bill with L.A.-based ska-punk quartet the Interrupters at House of Blues.... Soul-rock singer-songwriter Boz Scaggs will play Humphreys by the Bay behind his new disc, A Fool to Care, which Reader contributor Alan Segal reviewed in our “Everyone’s a Critic” pages. According to Segal, Scaggs has a rich rock history, playing R&B in London and psych-and-blues in San Francisco, where he famously fronted the Steve Miller Band before recording his five-time platinum(!) solo smash, Silk Degrees (“Lowdown,” “Lido Shuffle”), with the band that would become Toto. As of this typing, there’s limited tix, so get on the stick.... Miss the doors downtown, up in the Heights, Soda Bar sets up Spirit Family Reunion with Wild Reeds. SFR is popular on NPR, making a name for themselves at the Newport Folk Festival for their “new old-timey” sound, which Family members call “open-door gospel — gospel music that’s not tied to any particular religion.” Like-minded Los Angelenos Wild Reeds comprise a five-piece, three-part harmony boy-girl group named for Lou Reed’s “Walk on the Wild Side,” which they sing the bejesus out of. I totally just made that part up. It’s the best part, though, so let’s leave it and see if they learn “Walk on the Wild Side.” 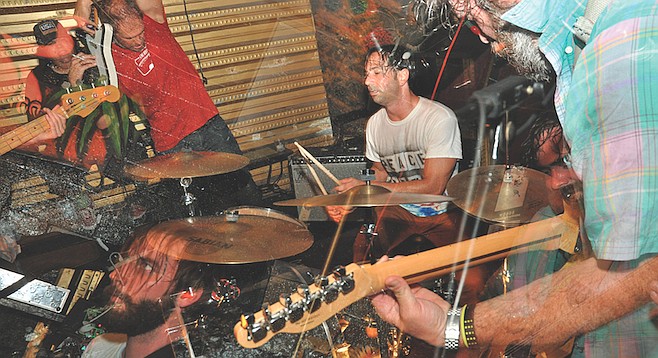 Friday 10
Detroit rock-and-soul band Jessica Hernandez and the Deltas headlines sets at Soda Bar after Kera and the Lesbians and New Kinetics for what will be the gig to see on Friday. The Deltas are enjoying some success behind last summer’s eclectic set, Secret Evil, about which an expert at USA Today writes, “Her[nandez’s] pipes are enough to reel me in, but they’re backed by a powerful five-piece band that incorporates rockabilly, soul, Latin, and punk into their spellbinding tunes. I love every song on [Secret Evil], and I have a feeling these guys are especially electric during their live performances.” They are. And I mean, like, wow... Miss the door at Soda Bar, office faves Octagrape are out at the Tower with Danny and the Darleans and the Kabbs. If you’ve yet to get Octagrape’s four-track garage-demolishing covers EP Major Mayor Maxion Marble in your earholes, you’re a total knob. Say no to knobbery, and go here now: octagrape.bandcamp.com.... Best of the rest Friday night finds “cholo-goth” duo Prayers taking the stage at the Hideout after MXMS and Mystery Cave. Catch up with Prayers in this week’s Ken Leighton–penned confessional Blurt, “No bully pulpit”...local heavy-metal hits Wovenwar headline hard-rock sets at Brick by Brick after Secrets, Heartist, Hell or Highwater, and A New Challenger Approaches...while NYC trip-hop singer/producer Son Lux drags his Bones into Casbah after his Brooklyn-based tourmate, the electronic artiste Olga Bell. 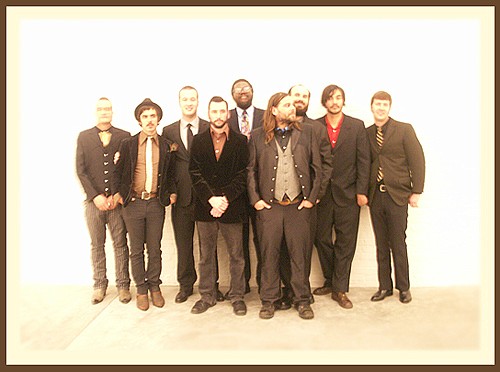 Saturday 11
Local “deathrgrind” group Cattle Decapitation will play a CD-release for their seventh studio set, The Anthropocene Extinction, at Brick by Brick after Author & Punisher (who lends his metal machine music to the new Cattle collection) and Mortuus Terror. The one-sheet from Metal Blade Records reads, “With Anthropocene Extinction [singer/songwriter Travis Ryan] extrapolates, looking back at the world in the aftermath of ecological and environmental devastation, with its focus centered on the Pacific Ocean”.... Too depressing? Go get your dub on, when Mr. Tube and the Flying Objects headline Casbah sets by San Diego favorites Schitzophonics, Madly, and Badabing, filling an indie-eclectic billing at the Middletown mainstay that is sure to be packed to the patio.... Miss the door in Middletown, Spindrift and Amerikan Bear split a psych-rock bill at Til-Two...bubblegum punx Cherry Glazerr’s at the all-ages Irenic...while Kevin “Clerks” Smith (aren’t his 15 minutes up yet?) and Ralph “Joe Schmo” Garman bring their Hollywood Babble-on pod to House of Blues. Garman does a lot of hit-and-miss celebrity impressions, but what’s more impressive about him (nyuk) is that he’s the lead vocalist of Würst Thumb, “the world’s best Badfinger cover band.”