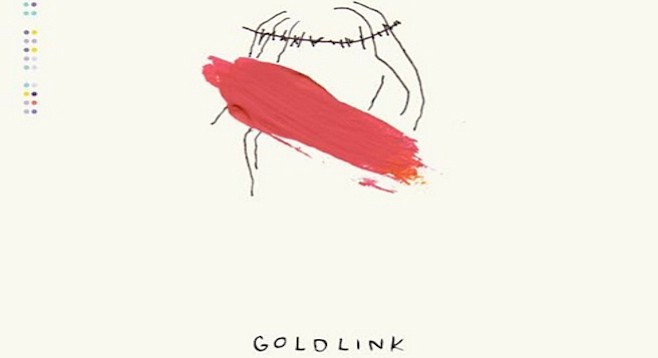 And After That, We Didn't Talk

Goldlink was establishing himself as a thoroughbred in the Tumblr generation when he became a 2015 XXL Freshmen. With one previous release under his belt, the 22-year-old dance-rap artist has made a name for himself by breaking the mold of what a rapper should sound like.

...off of Goldlink's latest, And After That, We Didn't talk

With his self-described “Future Bounce” sound, Goldlink hops his cadences around an assortment of upbeat dance tracks dipped in the smoothness of retro R&B. On tracks like “Dance On Me,” the upbeat club rhythm and soulful breakdown are enough to make Teddy Riley proud, all while Link paces over the production spouting one party fantasy after another.

With what appears to be a love/hate relationship with sex and women, Goldlink is heard either gloating his experiences or lambasting the unnamed girl involved. On closing track “See I Miss,” cliché sentiments — “See, my exes ain’t shit, so they shall remain nameless” — are followed by honest confessions of “hoping it’s you who speaks at my eulogy.” Whether it’s heartbreaking or lovemaking, sung in passionate tones or rapped in a one-breath take, Goldlink keeps one thing straight — he wants you to dance.

With a frenzied energy that tunes into Missy Elliot’s early millennial hits and Soulection’s futuristic sound, it’s no wonder the music world accepts this hip-hop anomaly. At such a ripe age, however, the lyrics only reach as far as the young man’s mind can. Fortunately, in the ways this record may not move you emotionally, it’s guaranteed to move you physically.