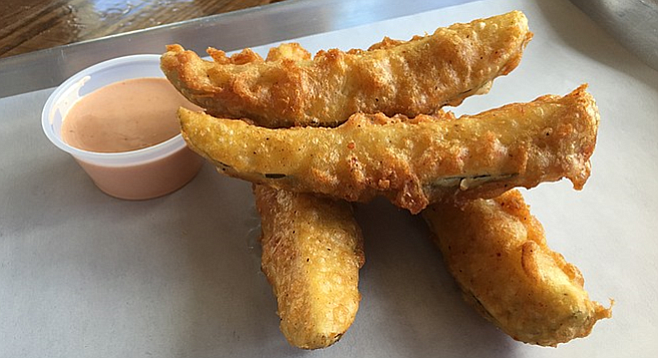 Eff your diet, life is short

As good as “bad” can be at Streetcar Merchants

These days, there are few things more counterculture than a blatant disregard for “healthy” food. If hipsters were still a thing (which they’re not, but if), then Streetcar Merchants would be their headquarters.

While everyone else is touting kale chips and anything gluten-free, over here at Streetcar it’s as if to say, “Life is short, eff your diet.” They’re serving up fried chicken and doughnuts along with other rich/fatty/sugary treats inspired by Louisiana cuisine such as Po’ Boys, Big Mama’s Red Beans, and Creole Potato Salad. 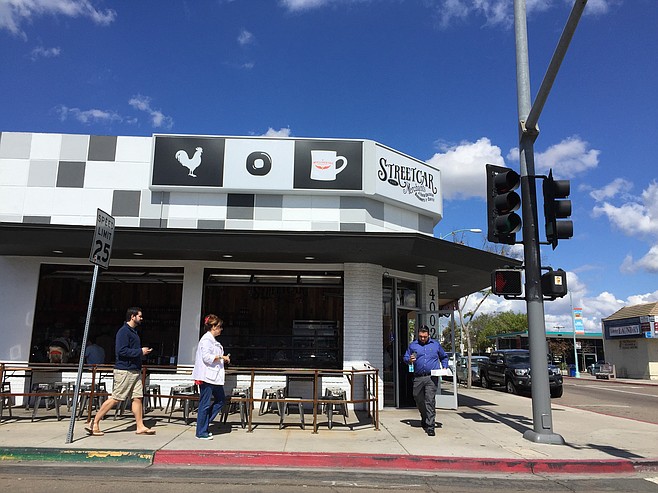 Ever since my first visit to Roscoe’s House of Chicken and Waffles over 15 years ago, I’ve held a place in my heart for the particular salt/sugar/crispy/soft/savory/sweet majesty in the mouth that a bite of exceptional fried chicken and soft, chewy, cinnamon-spiced waffle can create. So I had to order the single waffle and chicken to share with David. 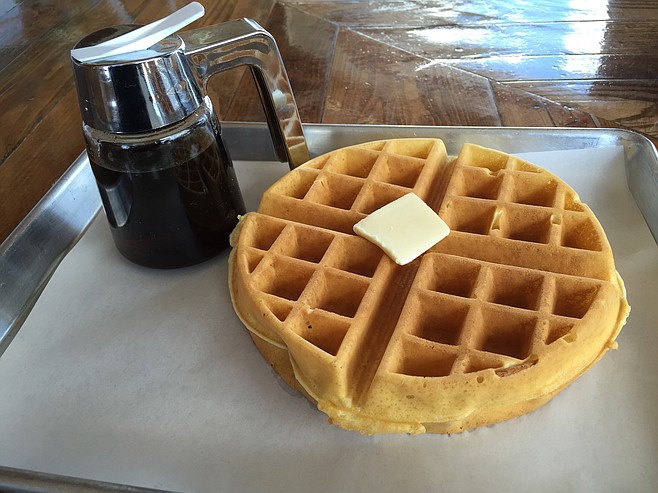 From the handful of chicken flavor options, we chose two: Nashville Hot and Honey Sesame, the latter of which was a wet sauce. Both were tasty, though I preferred the not-as-sweet, dry Nashville version with the waffle (which, I should mention, was a sterling version of what I call the fun-shaped pancake). 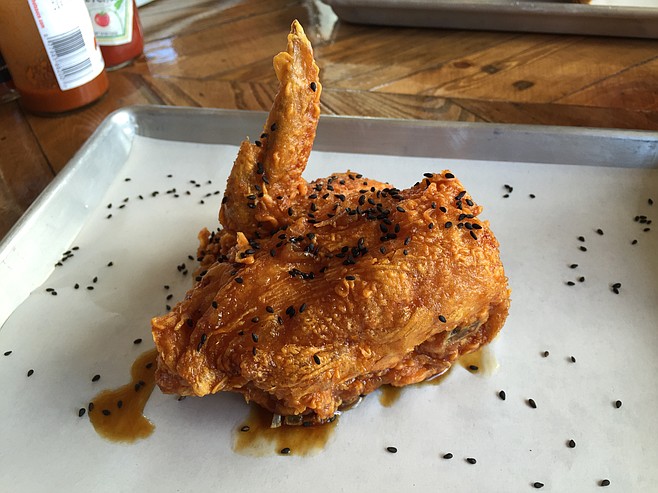 We also ordered a side of fried pickles, beer battered spears that were hot and juicy on the inside, dry and crispy on the outside.

I had come for chicken and doughnuts, but after sharing the chicken, waffle, and pickles, David and I were ready for a nap. But the doughnuts looked so beautiful, all lined up in the case, the brioche-based dough formed into an unusual square shape, all topped with colorful glazes, the little signs advertising the exotic flavors within such as horchata and strawberry. We got the maple-bacon to go. 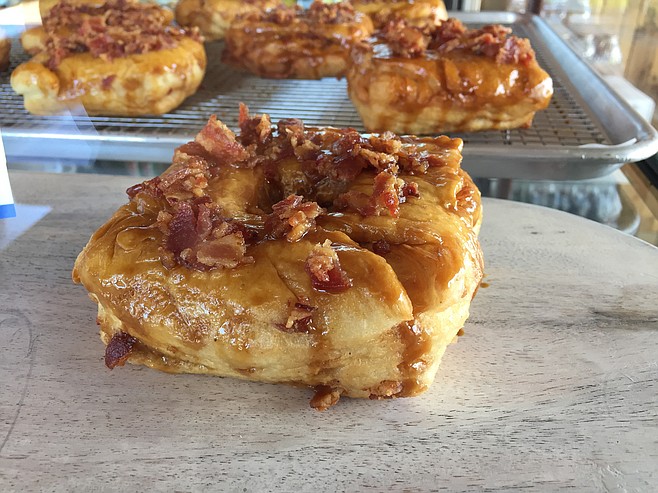 The doughnut lasted the rest of the day, as David and I took a little bite each time we went into the kitchen for one reason or another. We agreed that a certain number of salads would need to be consumed before our next visit to Streetcar Merchants. We’re working on it.