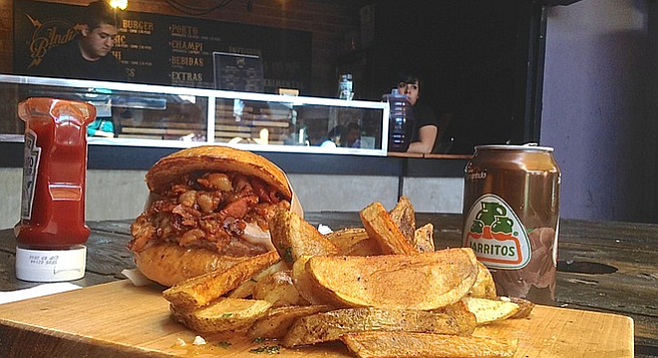 It’s as if the meat is sandwiched between two clouds

The Gastrocourt Colectivo 9 opened on September of last year and has grown in popularity and volume. What was once an empty hallway leading to the semi-hidden food court is now a bustling row of locales. 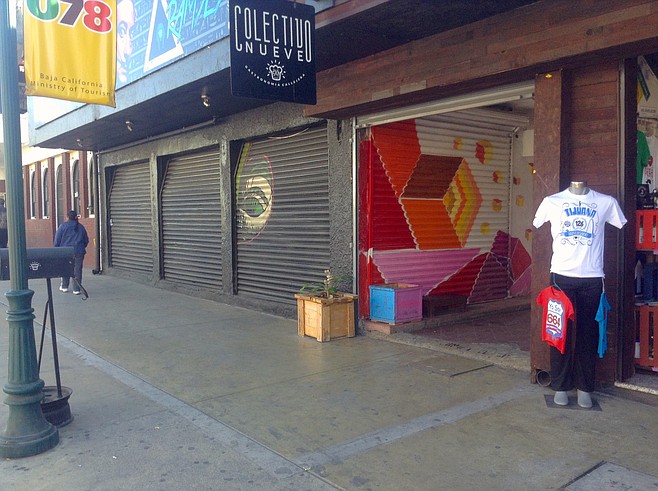 The entry hallway on Revolución to Colectivo 9 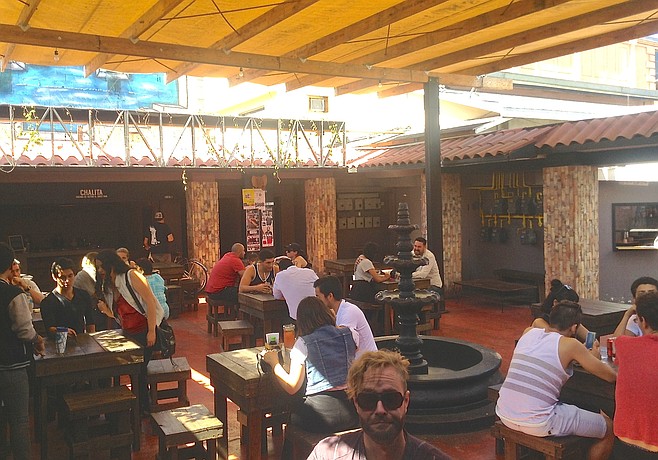 Food court on an early afternoon

Located between 6th and 7th street on Revolución, the callejon is home to a shirt and souvenir store (but unlike the usual curios shops), a tattoo parlor, a brownie and dessert place, coffee shop, and a chocolatier paradise of modestly priced confections. Beyond all these lies the original outdoor collective of nine restaurants.

La Chalita, which serves Mexican food with a modern twist, has been reviewed by vegetarian foodie Chad Deal. Out of all the options, I usually go for the cheapest and the most filling, so the combo of burger, fries, and a soda for $5.50 at Indie Burgers sounded about right.

The Cochi was my choice, accompanied with garlic fries and a tamarind soda. Cochi is short for cochino (pig). It could be translated as the “Porky Burger.” It is prized among those who love meat piled upon meat covered in cheese and more meat. 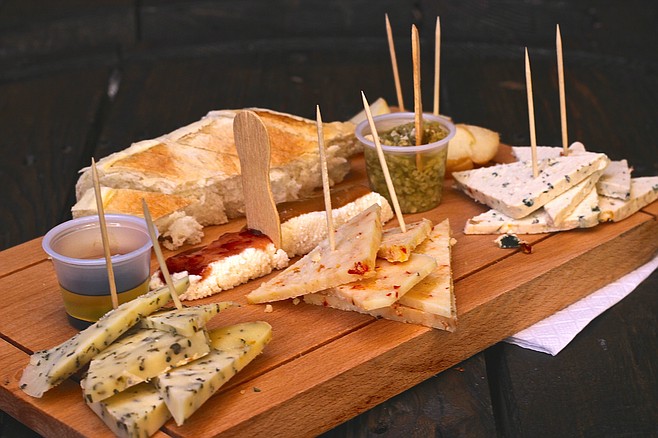 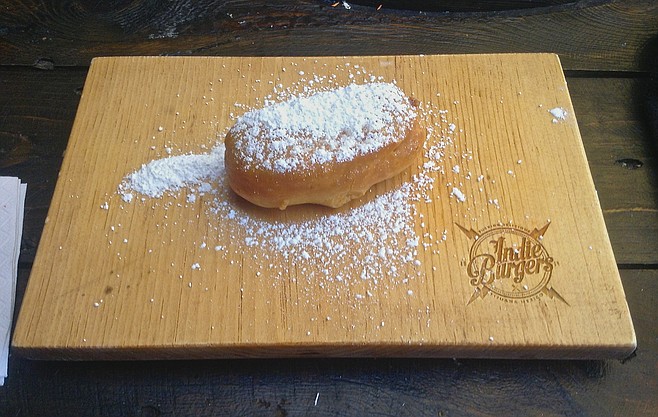 The burger and fries are extremely greasy. I used over ten napkins, and my fingers were still slippery. If you can overlook that, you are in for a treat. The bun is light and fluffy and drenched in the oil of its contents. It’s as if the meat is sandwiched between two clouds.

Since friends were with me, I also partook of a cheese plate from Santa Brigida. For $7.50, the platter had a loaf of bread to accompany several slices of five different kinds of cheeses, two cream cheeses, marmalade, cajeta, olive oil, and a tapenade.

To further my gluttony, I also got dessert and a beer: a deep-fried Twinkie from Indie Burgers for $1.80, downed with a Belgian Pale Ale from Agua Mala served by the collective’s bar, Barrica. And yes, they deep fry the original American Twinkie, not the Mexican version, Submarinos.