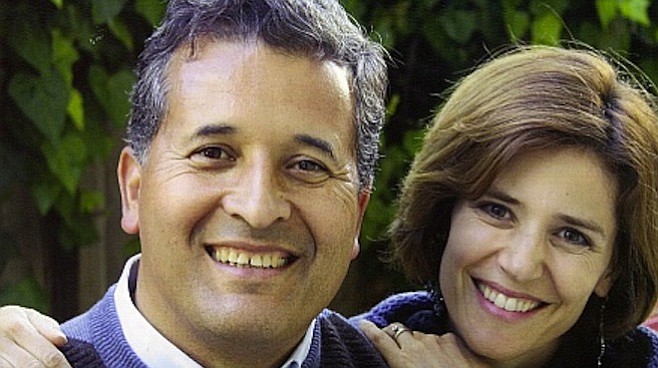 The list of free-traveling spring-breakers among the ranks of San Diego's Congress members and staff has grown yet again with the addition of Democrat Juan Vargas and his wife Adrienne, who recently spent a luxurious five days in Germany, courtesy of the German Marshall Fund of the United States and the Robert Bosch Stiftung, "one of the major German foundations associated with a private company," its website says.

The couple was transported to and around Berlin and Elmau, Germany, at a total cost of $18,200, including business-class air fare, according to an April 24 disclosure of the trip from April 7 through 12 filed with the House ethics commission. In addition, lodging expenses were $1684, and the cost of feeding Vargas and his wife totaled $697. 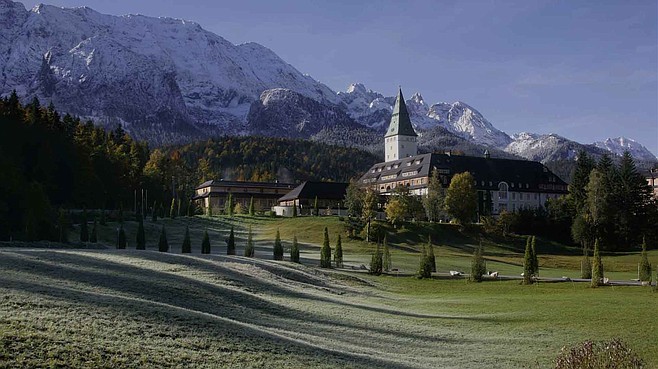 Vargas, spouse, and the rest of the eight-member delegation were put up at Berlin's Regent Hotel and the Schloss Elmau, both five-star luxury venues.

A review by London's Daily Mail last year noted, "Schloss Elmau, a castle that is two years shy of celebrating its 100th birthday, is located outside the winter ski resort of Garmisch on the edge of a vast national park. The scenery is simply stunning. The view from our bedroom window was so beautiful as to seem unreal."

Notes the Regent's website: "Considered by Condé Nast Traveler to be one of the ‘best places to stay in the world’, the Regent Berlin is one of the best 5 star superior hotels in Berlin that prides itself on impeccable service and first-class amenities in the heart of one of Europe’s most compelling cities."

But that wasn't the reason Vargas went, according to the statement he submitted justifying the freebies.

"As a Member of Congress, I am keenly interested in developing a greater understanding of the key legislative topics of the 114th Congress through our transatlantic relationship," the congressman wrote.

"I hope this experience will expand my understanding of the political dynamics both in the U.S. and abroad in order to provide solutions to current policy questions before the U.S. House of Representatives."

On the agenda were "German government meetings" as well as a discussion of "the new anti-Americanism."

Side trips included a "casual attire" tour of the archives of the notorious East German Stasi secret police, and lunch at Berlin’s Restaurant Paris-Moskau to hear about the future of Europe.

Says Fodor's Travel: "The restaurant Paris-Moskau was built more than 100 years ago as a pub and guesthouse along the Paris-Moscow railway. Today, it serves dishes so intricately prepared they look like works of art, with refreshing flavor combinations such as smoked eel with pork belly ray, or guinea hen with beetroots and dates."

A guided tour of Berlin, "25 years after the fall of the Wall," included "spouses and guests" of the Congress members, according to an itinerary included with the filing.

According to OpenSecrets.org, the firm has thus far spent $150,000 for congressional lobbying this year, and a total of $460,000 last year.

The company's U.S. subsidiary recently snared $2.8 million from the California Energy Commission to demonstrate a new energy grid, according to a news release.

The German Marshall Fund is a Washington-based think tank, set up and bankrolled by the German government, whose activities have been backed by corporate contributors and foundations, including Bosch.

According to its website, the fund's Transatlantic Business Alliance "includes major corporations who work on both sides of the Atlantic, and there are also substantial opportunities to partner with GMF at the annual Brussels Forum."

Update: Disclosure information filed by Vargas with the House ethics commission listed Arizona Republican congressman Paul Gosar as a participant, but his office said he did not attend.

Fancy-schmancy free European trips may be how Latino former-seminarians who hold safe seats in Congress learn style from the rich and famous whom they have to hit up for future campaign contributions. Such experience may also serve as a preview to life among the One Percent which may follow a long career in elective American politics.

Well, yes--how else is he to learn how to act around international lobbyists?

Safe seat is the key here. What possible interest he can have, representing a Mexican-border district, in such highfalutin topics that are totally Euro-centric, is a mystery. And it is likely a mystery to him too. But with all the luxury available, and nobody to complain, and a batch of voters who will vote for him no-matter-what, why not enjoy?