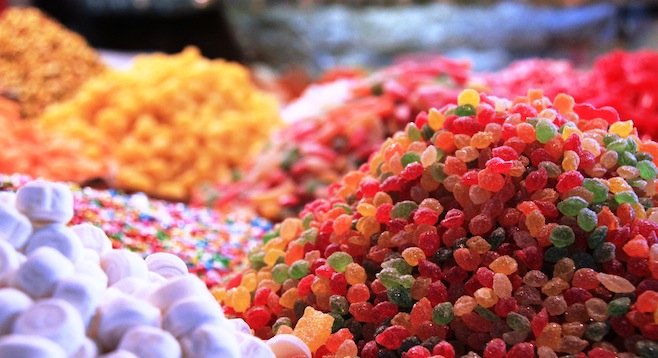 The Environmental Health Coalition, a local advocacy group most recently involved in the unsuccessful attempt to implement a community plan update in Barrio Logan and a push to improve transit options in SANDAG's plan to spend the bulk of the sales taxes it collects on freeway expansions, has re-focused on another issue: lead candy.

In the early 2000s, the coalition was part of a lawsuit that resulted in the passage of a new state law requiring candies sold within the state to contain less than a one part-per-million concentration of lead.

While the group says most candy manufacturers are compliant with the law, sweets crossing the border from Mexico containing high amounts of lead are popping up, particularly along the border region. Sources of lead can be inks used in candy wrappers, on the surface of chilies or tamarind not properly washed during production, or in spices such as paprika.

A new web page launched by the coalition, provides access to testing mandated by the state for treats approved for sale in California, and will also post alerts when candies containing an excessive amount of lead contamination are found for sale.

"We encourage people to visit our website regularly for updated and useful information to keep children safe, healthy, and happy," says Leticia Ayala, director of the coalition's Healthy Kids campaign, "and that means not having to worry about getting brain damaged from candy.”